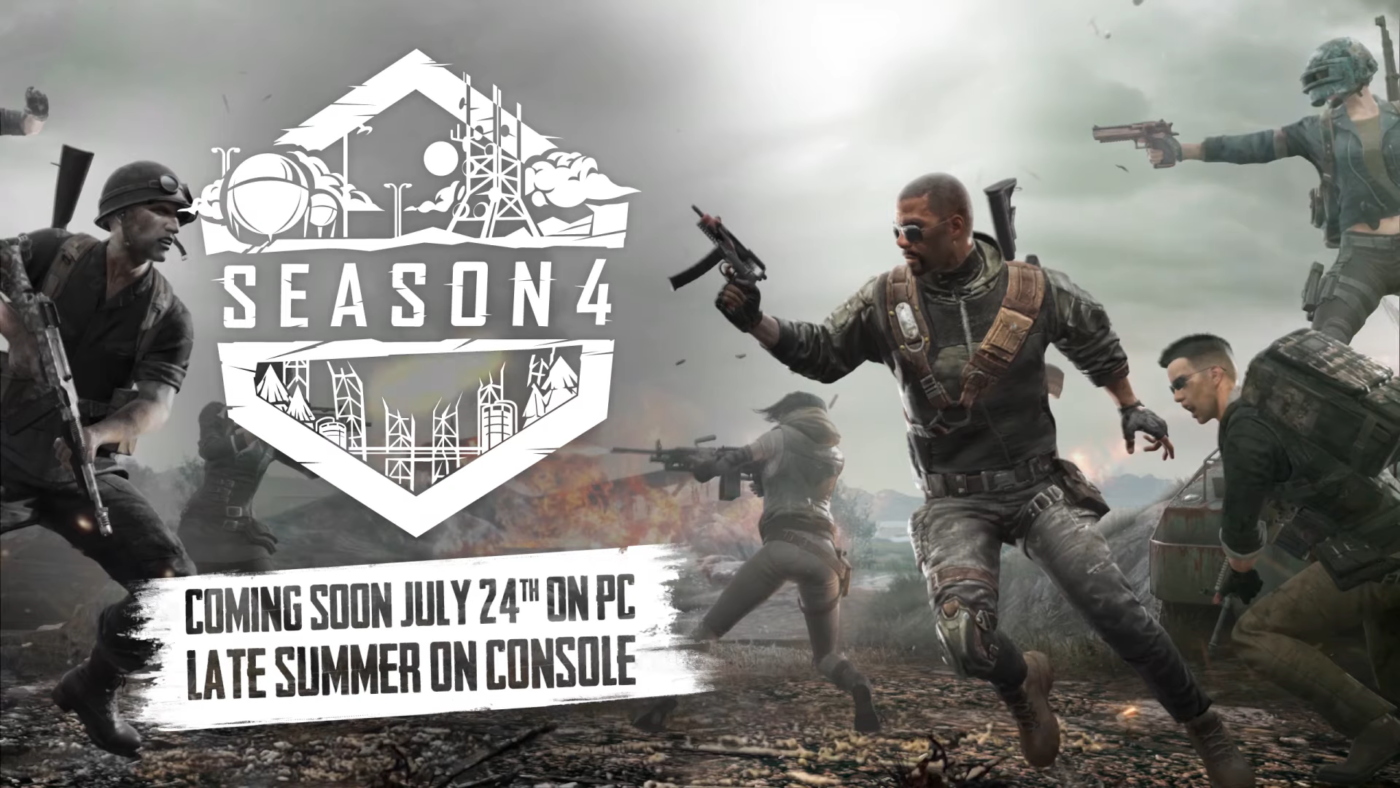 The trailer begins on the game’s Erangel map in 1965. The narrator is a boy, and witnesses everyone he loves, and everything he knows, being destroyed by bombers flying over the island. These bombers resemble the planes that players drop from in all PUBG maps, though there’s no way to know for sure if they’re exactly the same. The trailer then skips forward to the present, and the narrator has managed to claw his way to the top, seeming to run a company that is centred around PUBG matches.

The narrator has a luxurious desk, and a wall of monitors that show scenes from various PUBG matches, with players shooting at and killing each other. But how does this link into PUBG as we know it, and how does it add story to the game?

The trailer for PUBG Season 4 could be a way of showing the man, or company, behind each PUBG match. This person could be the reason that there are hundreds of people falling from the sky to fight each other to the last man standing. While no details about prizes are shown, it’s clear that the narrator has a lot of money, so maybe there’s a monetary reward, in the game’s story, for everyone who wins a match. If this is the beginning of some true story and lore for PUBG, it could lead to an extensive reveal over the course of PUBG Season 4. If PUBG Corporation are going to follow the examples of big MMOs such as Destiny 2, then telling stories through the environment, over the course of weeks will be how any lore comes out.

There are many unofficial PUBG lore videos on YouTube, but this is the first from the game’s developer. It seems apt that the trailer for PUBG Season 4 would feature Erangel, because this is the game’s first map, and a nod to its origins as an Arma 2 mod.

PUBG Season 4 will see a huge visual overhaul for Erangel. The map top three improvements, according to players, are; the upgraded visual quality that brings Erangel into line with other PUBG maps, location updates that keep the map interesting but also stay true to its roots, and the updated foliage and sunshine that make it feel far more real. The only real bad point about the map’s update is that some interiors are too dark, while other complaints seem to be about the map feeling too lively, thanks to the improved foliage. One this is for sure, the update has made it much harder to see players through grass.

On July 24 2019 PUBG Season 4 will begin for Windows PC players, with it coming later to Xbox One and Playstation 4. However, consoles will see the game’s latest patch drop on the same date. For more news on PUBG Season 4 keep an eye on MP1ST.