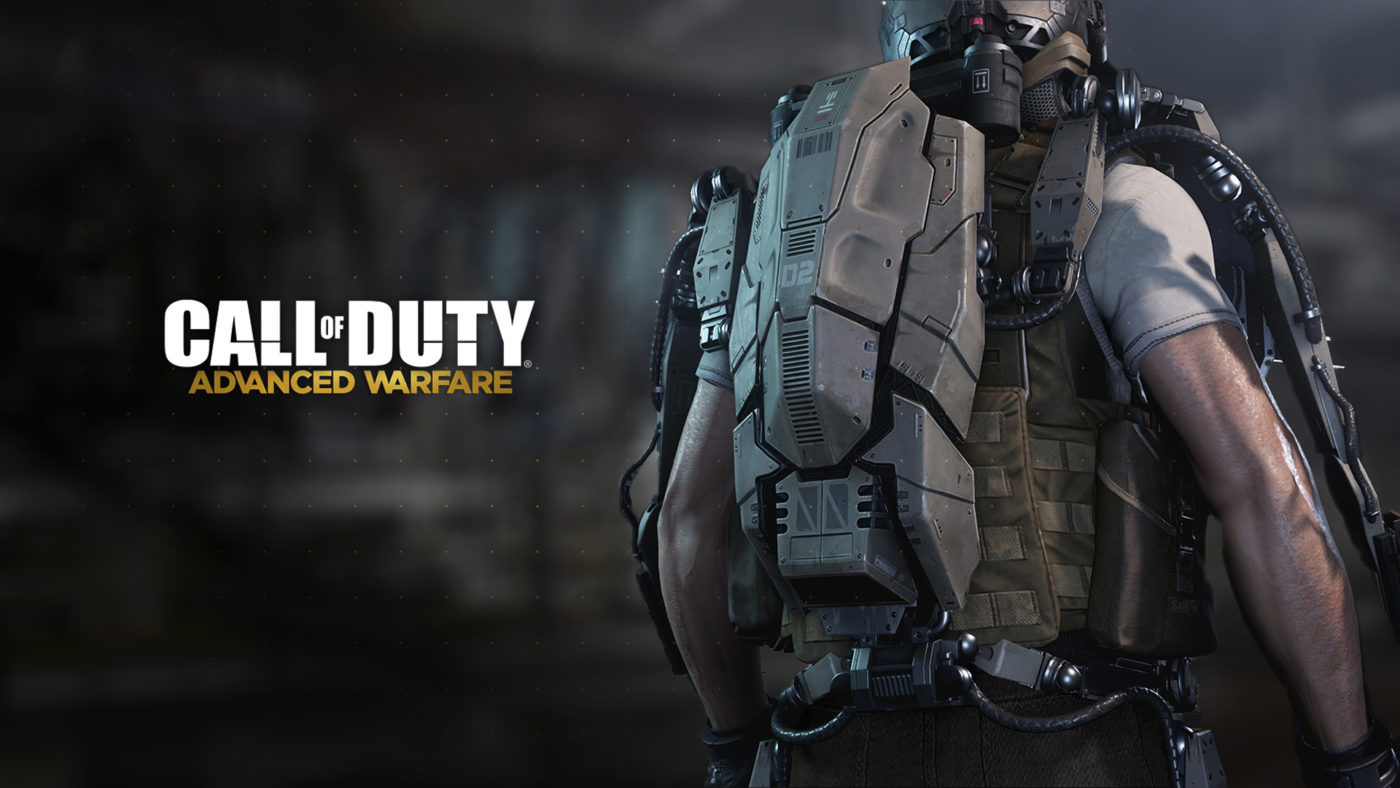 It was brief, but the five second teaser at the end of Call of Duty: Advanced Warfare’s recently outed campaign story trailer was more than enough to tell us a few key points about the game’s highly anticipated multiplayer.

Before we get to the details, here are some stills from the trailer: 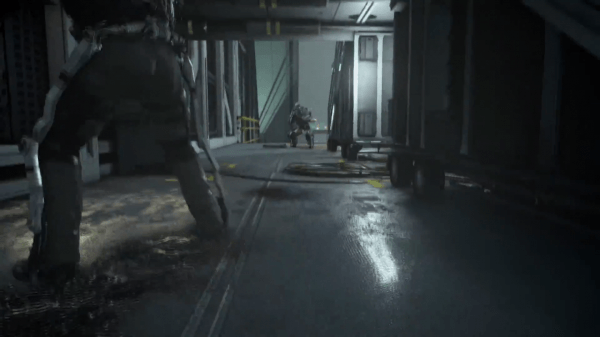 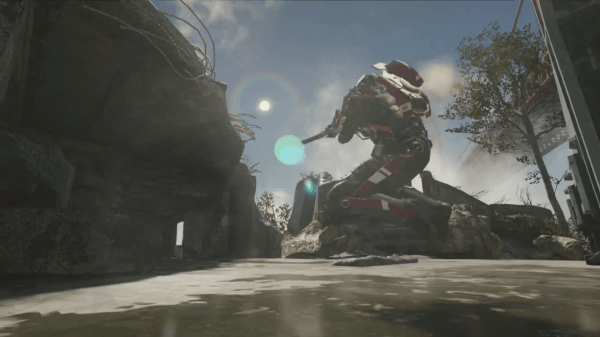 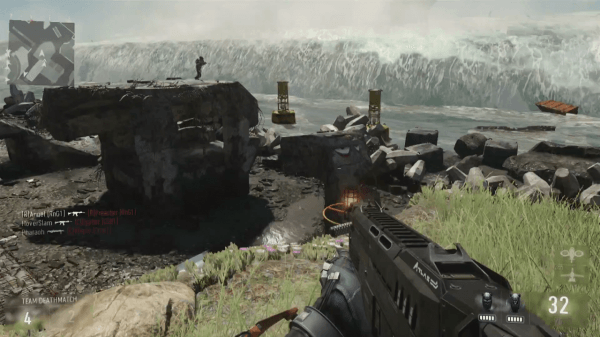 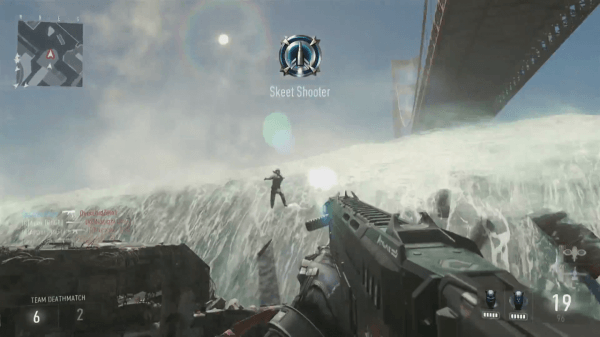 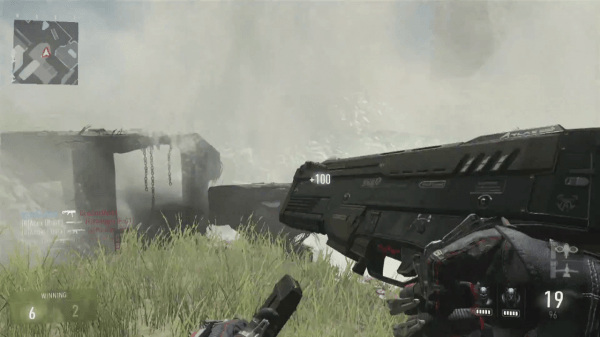 Boost Jump – In the very first sequence of the multiplayer teaser at the end of Advanced Warfare’s story trailer, we catch a third-person perspective of a player out-maneuvering his opponent using his Exo-Suit’s Boost Jump ability.

Boost Dash – The second sequence in the trailer demonstrates the player’s ability to Boost Slide. Both the Boost Jump and Boost Slide are sure to mix things up when it comes to character movement in Call of Duty multiplayer.

Medals return – The player earns a “Skeet Shooter” medal that appears rather similar to the medals earned in Call of Duty: Black Ops 2.

Kill-feed placement – The Kill-feed is now placed on the bottom right-hand quadrant of the player’s HUD, just above the score counter.

Exo-Suit abilities – It appears that the soldier in the last sequence is equipped with two Exo-Suit abilities, each with their own battery indicator. Those abilities likely range from moves like boost jumps or boost dashes to other abilities like cloak, extra strength, or different types of vision. Their use will likely be limited by draining battery power. How one might recharge their abilities is unknown.

Point Streaks return – Two selected streak rewards are displayed on the right-hand side of the player’s HUD. It also indicates he is 600 points away from his first streak and 700 points away from his second. After killing an opponent for 100 points, those scores are reduced to 500 and 600. Therefore, points will count down until a streak reward is achieved, as opposed to tallying up points or kills as in previous titles. Additional points can likely be achieved by completing objectives, as in Call of Duty: Black Ops 2 and Call of Duty: Ghosts.

Field Order Rewards might return and may be bigger than ever – Chances are good that the massive tidal wave that towered over and crashed into the map at the end of the last sequence was called in by a player who achieved a specific Field Order Reward, as in Call of Duty: Ghosts.

Weapons – It’s really hard to make out, but the second Kill-feed entry in the last still almost looks like a machete of some sort, though we’re undoubtedly mistaken. Other than that, the player appears to be wielding a relatively standard sub-machine gun. We’re guessing sub-machine gun due to its silhouette in the Kill-feed.

Time to Kill – We noticed it’s pretty fast. The players (8 on each team – 16 players total) are likely playing on a LAN connection in this teaser, so, in practical application, TTK might vary depending on connection.

We’re happy to see Point Streaks returning and are pretty excited about some of the new Exo-Suit abilities. They’re sure to be a game changer. The slight improvement to the mini-map is also a nice touch. New map layouts are likely to offer totally new experiences as designers must now accommodate for vertical gameplay.

Anything else you might have caught that we didn’t? Let us know in the comments! What are you most excited about so far?

Keep your sights on MP1st, as all will be unveiled this August 11 when Sledgehammer Games unveils Call of Duty: Advanced Warfare‘s multiplayer in full.