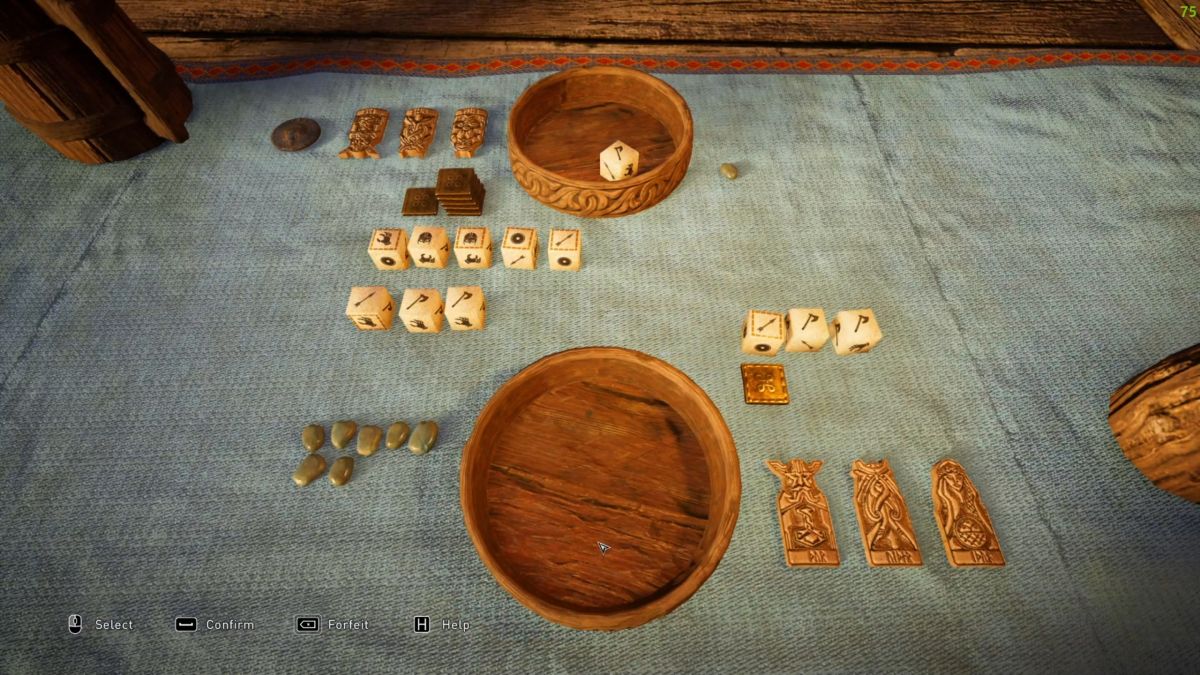 2020 has been a crazy year all around. Never has that been more prevalent to me than in looking a the in-game gambling offered in recent open-world RPGs and thinking that they’re actually quite a lot of fun. Games such as the original Red Dead Redemption introduced me to card games such as Poker, and I fell in love with them. However, playing the same card game over and over again gets old after a while, so I went back to shooting bandits pretty quickly. Now though, things have changed, and there are two games that I think are key examples.

The first of these is Red Dead Redemption 2. Sure, it’s got the same old game of Poker, but there are so many other ways to throw away your time while risking it all as well. You might chop off your fingers by slamming a knife down in-between them or take a chance on how quick your trigger finger is.

This game actually surprised me with how good its in-game gambling is. There’s a game called Orlog. It’s an ancient game that Vikings used to play, and it’s actually quite a lot of fun. Throughout each round, you pick and choose tokens to defend yourself or attack your foe. The final round sees these tokens play out, and your health gets knocked down if you’ve not defended yourself effectively. It’s frustrating to master, but that’s the beauty of it. You can win a bit of Silver or waste all of the Silver you have away. Either way, it’s fun.

I believe that Fallout: New Vegas and The Witcher 3: Wild Hunt set the tone for gambling in open-world RPGs. Caravans in Fallout: New Vegas is a unique card game built for the Fallout universe. It’s a game you get better at by playing with new opponents and winning or finding cards. You can build up the ultimate deck that will eventually help you best everyone. Gwent from The Witcher 3: Wild Hunt is just the same. The game was so popular that it spawned its own spin-off game, which has its own monetization. The fact that a brand new card game created as a side quest is now it’s own revenue stream for a developer shows just how good it was.

There are so many online casinos out there. You can find them all here on a2zcasinos.org. Each of these offers the same fun experience as these gambling games in open-world RPGs, but they also cost you real-world cash. If you’re looking for a bit of gambling fun over the festive period, then why not give some of the in-game forms of gambling I’ve talked about here a go? The worst thing that could happen is that you lose all of your fake cash.