The new Mortal Kombat movie bursts the hype around this fighting universe and makes so many people interested in trying out the latest game, MK11. The developers from NetherRealm Studios took care of welcoming newcomers with many modes and accessible mechanics – so you actually don’t need to worry about jumping into the matches and having immediate fun. But what about your plans to reach the deepest layers of joy in Mortal Kombat? Is it possible to remove some obstacles on this way from the very beginning?

Yep, it’s definitely possible, and here are 7 mistakes to avoid if you want to improve your skills to the level of pro competitors and potentially participate in esports tournaments.

When you start playing any fighting game, it would be a good idea to begin with internal tutorials. They give a general understanding of this specific environment and make the whole further experience more enjoyable.

Both beginners to the genre and experienced players make the mistake of avoiding tutorials. Newcomers want to jump into action as soon as possible. Fighting games players think they already know everything – “I’ll figure out stuff in story/arcade/multiplayer matches.”

They are not wrong, strictly speaking. MK11 Tutorials and Character Lessons are much less exciting than the primary modes. And a significant chunk of the information here is not new for experienced gamers. Still, in the long run, this effort investment will definitely be paid off.

Tutorials give the basic “blocks” to build the structure of your success. One small missing piece could remain unnoticeable in the early stages but then develop a weird habit with the power to stop your progress.

Mortal Kombat 11 has excellent tutorials. Take your time to finish them before going any further in the game. And don’t hesitate to return to them regularly and deepen your knowledge of MK11 fights.

Mistake 2 – Be quick in choosing your favourite fighter

The MK11 character roster is impressively big and diverse. You’ll find here different sorts of personalities with varying fighting styles. To play the game really well, you should choose one of the characters and properly learn their abilities – to the level of developing muscle memory and reacting in fights almost immediately.

Many players use one character as their main and one as their secondary. Don’t hurry to make this choice! Even if you really like that guy or this girl, give others a chance.

Before making a decision on your favourite character, you should play enough with one-two you like the most – to feel the mechanics. Then, jump to playing someone else and spend a decent amount of time with them. Do it with many other fighters in the roster and be notorious with each.

The process helps in two aspects:

Maybe you will be one of those guys who can play lots of characters from the roster. Maybe you will return to your initial choice. But you can’t know this beforehand, so don’t hurry with the decision.

Mistake 3 – Use button mashing with each new character

Button mashing is a bad thing, very-very bad. Why? It ruins your joy! Fighting games are the same as all the other games, and you will not press random buttons in shooters and platformers.

Getting early victories is a pleasant feeling, but you pay a bitter price for it. Pro players press buttons with lightning speed to create miracles on the fighting ground. But those actions are not random, and that’s why they are so effective. Button mashing has a very low ceiling and soon stops being satisfying. Don’t fall into this hole!

It’s tempting to use button mashing with each new character you learn in the game. A much better scenario is to spend enough time in Training Mode, get the experience of neutral game, then practice special moves, and then add combos into your arsenal. Even if you take damage in the process of adapting to a new character, it’s better than blindly press everything. 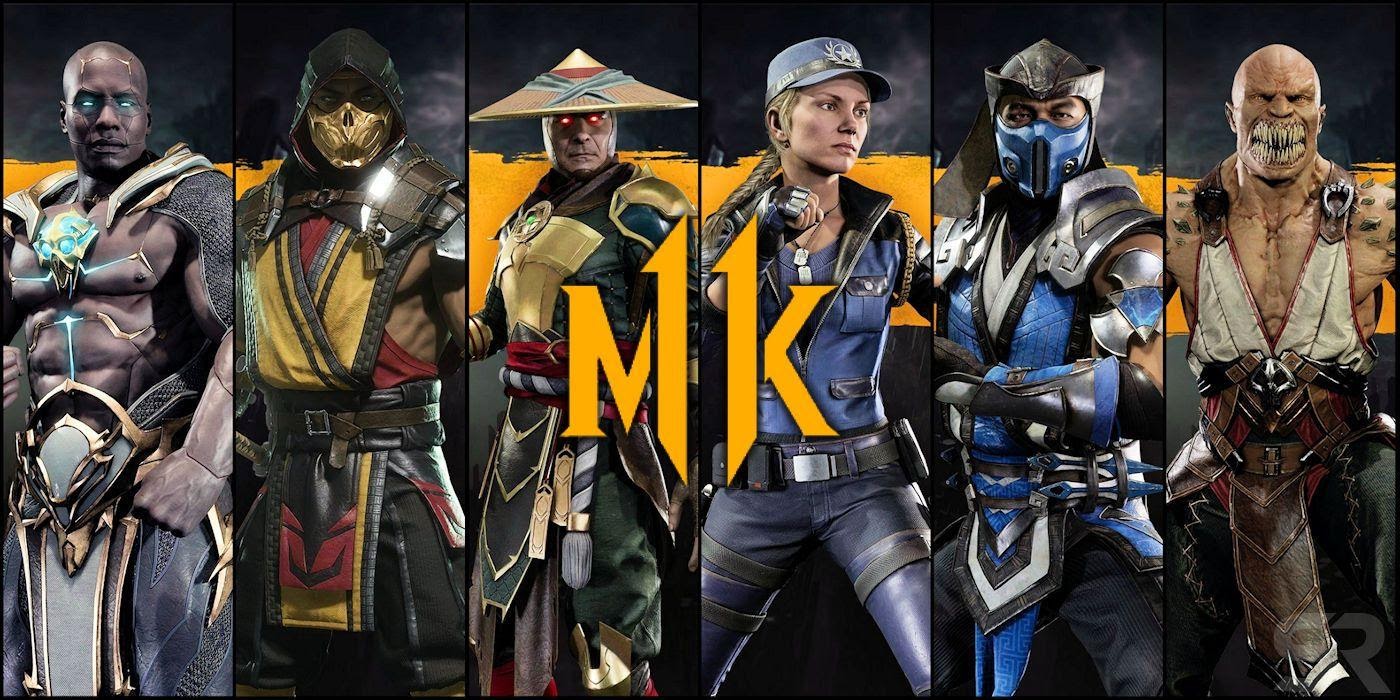 You need to learn combos to be good at Mortal Kombat (and at other fighting games). But if you try to remember the whole list of available combos at once, you risk missing the neutral game and even get bored due to the amount of information.

Each combo has its best moment in an MK11 match, but to feel that moment, you need to practice every single one of them to the level of perfect muscle memory. Make this a gradual process and move to new combos only after understanding all features of the previous one.

Don’t waste your time learning combos of all the MK11 characters while choosing your main. Start expanding the combo arsenal with full enthusiasm after you made an (at least interim) decision about that.

Mistake 5 – Overload your brain with the Frame Data info

Mortal Kombat 11 has a very good Frame Data guide. Checking it out is a great idea and, in fact, a must-take step in your progress as a player.

The problem with Frame Data is that it brings lots of math into your gaming life with the risk to ruin your playing joy. Stick to the same approach as with learning combos – explore Frame Data gradually.

First, you need to… just have fun fighting. Let your hair down and experiment with everything the game offers. Get enough experience to feel Frame Data as the logical boost for your current progress – when you need numbers to understand the fight mechanics even better.

Then, when you’ve chosen your main, start the notorious learning. Check out Data for all attacks and moves but actively practice one-two. Do it mainly in the “observer mode”, when you convert the knowledge of numbers into the general feeling of the game.

Matches of Mortal Kombat are too fast-pacing to calculate everything. Frame Data is a helpful tool for developing playing skills. Eventually, most pros put that tool aside and just play their game (of course, having the calculations on the background). 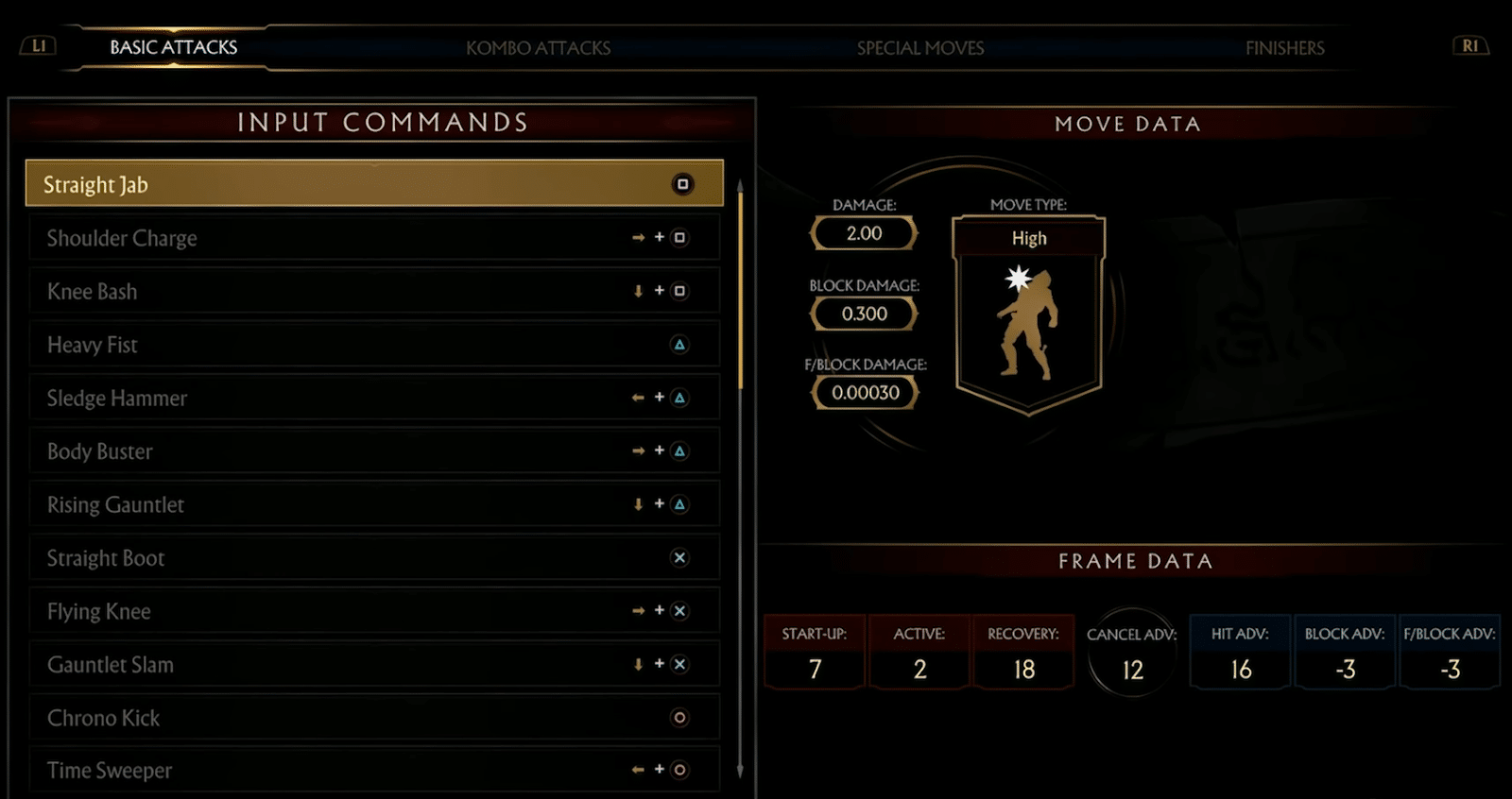 Oh, it’s a perfect mistake to never progress in any esports competition. How pro players start their matches? How do they behave in the defense? What are the best offensive strategies for this character? A lot of stuff can be absorbed into your playing style by just watching exciting esports fights.

The word “absorb” nicely describes the process – especially in the beginning. You don’t need to analyze every situation, but your brain will be able to feel the pace and notice different tricks. The more matches you watch, the better your understanding of the game becomes.

Pro guides give more information. They might seem too difficult for beginners, but some pieces of advice could become surprisingly helpful – and you never know where you will get them.

You could find your favourite players while watching MK11 tournaments. Then just follow their Twitch/YouTube channels to not miss the content they create.

Mistake 7 – Set a strict goal in your MK11 experience

In general, it’s a good idea to have goals for your fighting games practice. Goals help us be self-organized and motivated. But too strict goals might give an opposite effect – especially in gaming.

The competitive aspect of Mortal Kombat 11 is immensely powerful. Players are eager to get lots of victories online, participate in tournaments, win impressive prize money, and become known as the best in the world. These are good goals to follow. Dream big, as they say. But are you actually sure you want this? Are you sure that an esports career is what you need in life? Are you sure that MK11 is your game?

Take it easy! Be flexible in your goals. Feel yourself and always try to have fun playing – even if that’s an intense practice period.

Each of us is a unique personality, so it’s quite natural to make our own unique mistakes. But in general, many players tend to turn into one of the described wrong directions. Please, save your time and effort by taking advice from this article into your MK11 practice.