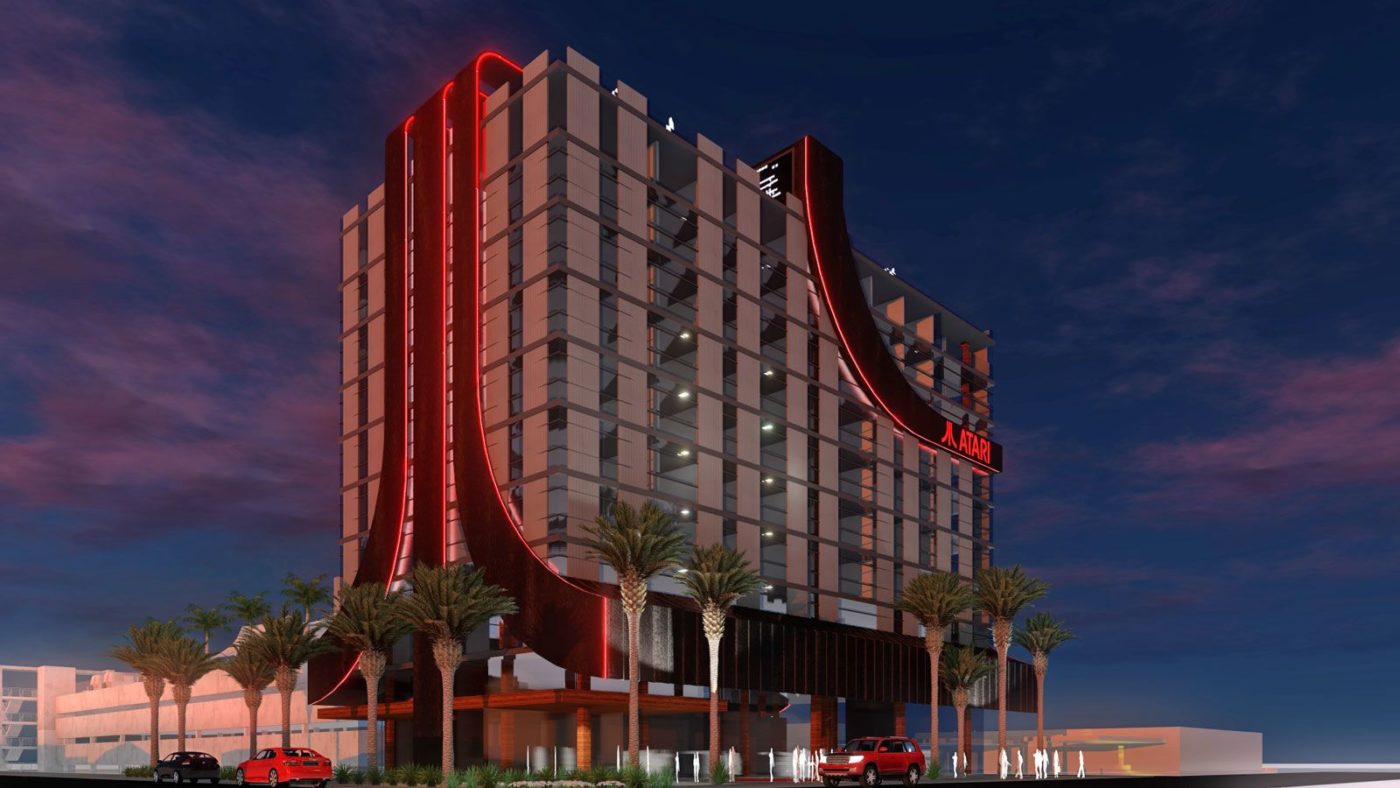 Atari is a videogame company that has definitely seen better days in the past, but still, the company is famous for its older video games that came out in the ’70s but since then have remained largely off the radar. But in the exciting news, the company is planning to open 8 gaming hotels across the U.S a place where gamers can eat sleep and play for however long they want. The video game hotels immediately became one of the most talked-about concepts and have since gained major support from the gaming community. Online gaming has become so popular over the years that now it’s hard to imagine a world without it and while Atari has largely been famous for its video games the company still wants to deliver good services to gamers across the spectrum. Most of the entertainment worldwide is consumed online these days and for most countries all the venues that used to be overflowing with people at new somewhat empty. This is largely because online providers do a better job of creating inviting deals across the developed countries, following the same model as free online slots canada

For now, we know that there is a construction already in motion in Phoenix, Arizona and we’ll see the finished product in about two years. The concept behind these hotels is to give the games an all-immersive experience. The Hotels will feature virtual reality rooms and augmented reality spaces to give the players a chance to experience these technologies without having to purchase them for themselves. They get to test out the most innovative gaming techniques and see for themselves if they are worth it. The hotels will offer huge studios for streaming games, where you can enjoy your favorite game with a group of people and maybe even hold community competitions.

But that is not the most exciting part of this new concept. According to the press release, there will also be venues specifically for throwing esports events which will make it easier for the solid groups to form who maybe will continue to play professionally.

Response from the community

This is a genius idea and it’s a wonder more people haven’t thought of that before. As a gamer, you want to enjoy the game with minimum distraction while enjoying the best venues the best set up and gaming hotels will let you have all that while also giving you a chance to experience technology and innovation in the industry that you maybe would even experience by yourself.

According to the press release the larger gaming space will be perfect for hosting birthday parties where kids can get together and play with up to 10  gaming consoles. It seems like the creators behind this idea don’t want this to be all that exclusive since they are planning to make the hotel pretty affordable but will offer premium options for those seeking more exclusive experience. It will be appropriate for kids and adults alike and will have the supervision to make sure everything runs smoothly at all times and the spaces aren’t being damaged.

We know that the first location will be in Phoenix, but aside from that, we will be seeing gaming hotels in Denver, Austin, Seattle, San Francisco, and San Jose but most importantly Las Vegas, the gaming capital of the country. The projects will vary in price point depending on the location but either way, these will be hotels that are luxurious inviting and providing top-notch services.

The prices haven’t been specified yet since the construction of the first hotel is in such early stages but the project is getting a lot of support online already with people calling the idea innovative and wanting to become a part of it.

This is a great way for gamers to try different games, features, and technology without fully committing to them in the first place. It is a great way for the gaming community to bond and meet up in real life and experience their favorite games together. The dates of opening for 7 other gaming hotels haven’t been released yet and it will likely be a long process and we will have to wait till we see all 8 of these hotel inaction but meanwhile, Atar has definitely struck gold with this idea and will probably see huge gains from it. This is a great business idea and will likely become one of the most popular destinations for gamers and for those wanting to experience the gaming process in a different, more exciting setting. It is also a great idea for a party or a small get together to play your favorite games together so that will probably we will be seeing much more gaming hotels pop up everywhere.