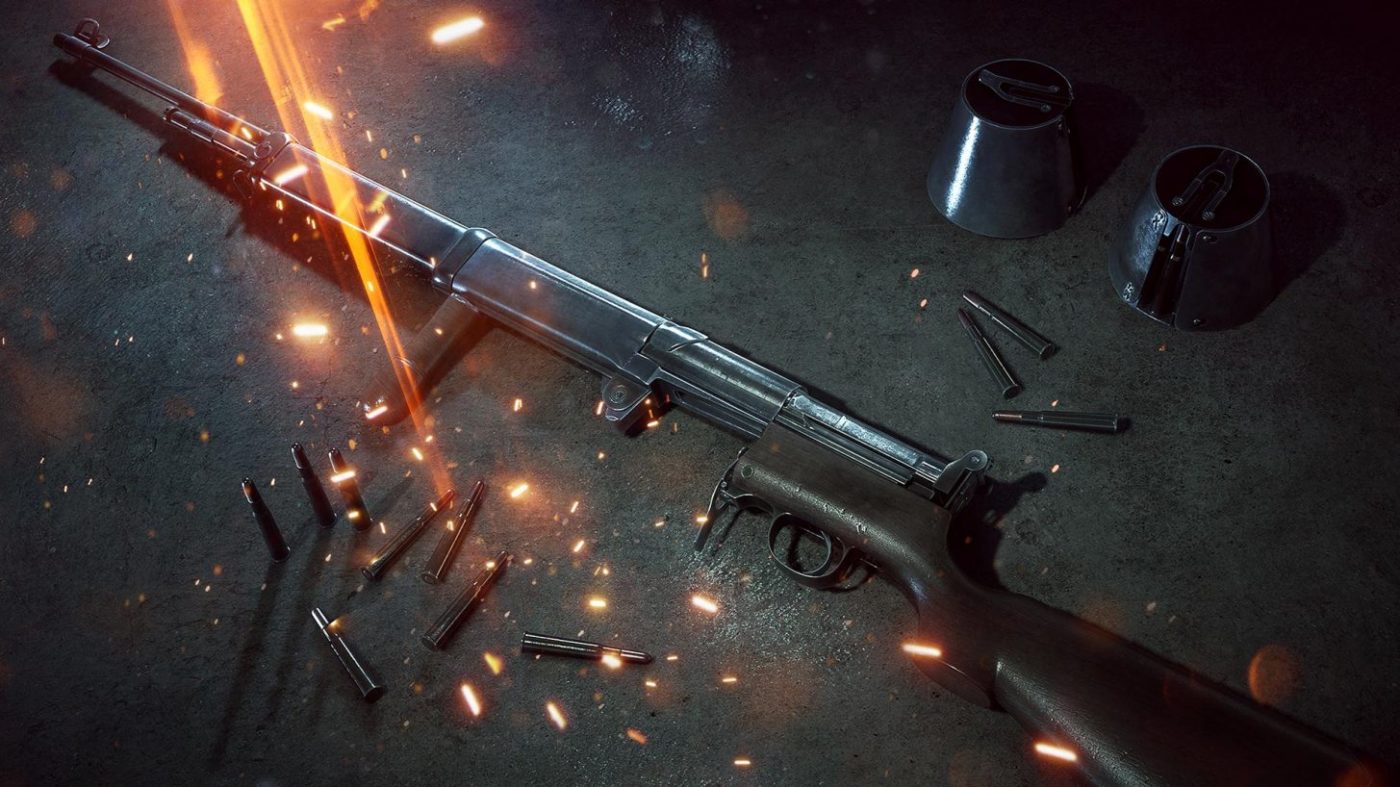 It’s here, Battlefield 1 fans! The big Turning Tides expansion has dropped, and that means a mess of new content for BF1 Premium members, and a lot of in-game tweaks, balances and more.

Battle in the amphibious invasion of the Gallipoli peninsula. Allies strike V Beach by way of air, land, and sea, where the sand meets the rocky slopes lined with Ottoman trenches and emplaced weapons. Wrecked landing crafts and long boats serve as protection while soldiers approach Fort Number 3. Near the top of the bank, beyond the old farming village used as temporary barracks for Ottoman reinforcements, is a dug-in firing position along the dominant elevation of Hill 141.

An intense, infantry-only map that exhibits the growing conflict in the Dardanelles. Trenches and dugout defenses can be found along the terraced incline, with makeshift barracks peppered along the stronghold. A maze of ridges and gullies present flanking opportunities, but these narrow routes may result in a concentration of close-quarter clashes. Fight among the crumbling walls of old ruins as soldiers advance toward Krithia.

Engage your enemy over land, air, and sea during the beach landing of Cape Helles. Allied Forces will fight their way from the violent resting place of the SS River Clyde toward the elevated hills of Sedd el Bahr. Defenders can organize under the cover of trench lines and hold off enemy forces with emplaced weapons and coastal battery cannons. Attackers are equipped with the all-new L-Class Destroyer for extra firepower. If things start to look bleak, the Attackers will be reinforced with the Dreadnought behemoth.

Pushing into Achi Baba, Allied armies will advance through the treacherous caverns and gorges, leading up to the strategic holding of Krithia. Flank your enemies to gain the upper hand, push past the frontlines with your Infiltrator and mobilize reinforcements with the heliograph mobile spawn, to secure the victory.

Unlock the new guns in Battlefield 1 Turning Tides through all-new Weapon Assignments. Enjoy the Ottoman Flanged Mace, which is on us, but you’ll need to piece together the Grappling Hook Melee weapon through melee puzzle pieces (found in Battlepacks), and unlock the Naval Cutlass with its own Weapon Assignment.

The all-new L-Class Destroyer introduces a warship vessel to the naval combat. Equipped with up to 4 seats, the Destroyer features powerful bow and aft cannons, AA guns, torpedo tubes, and a signal to call for Dreadnought artillery fire. Forego the aft seat in favor of the Minelayer package, providing extra marine defenses. Like tanks, the captain can self-repair the Destroyer after particularly intense marine engagements.

Like other Elite Classes, the Infiltrator is a pick-up kit available on the battlefield. The Infiltrator Elite is equipped for mobility and is meant for strategical strikes and team tactics. Dressed in camouflage, the Infiltrator has a permanent sprint boost, well suited to cross enemy lines. Equipped with the heliograph mobile spawn, a new deploy point can be created at calculated locations, allowing teams to quickly organize and surround their enemies. In cases where direct combat is necessary, the Infiltrator can fight off enemies with the Martini Henry grenade launcher and sawed-off shotgun. For bigger jobs, signal for a massive artillery strike with the flare gun.

Pilot Service Assignments reward players that focus on flying. Assignments contain actions that typically occur while flying. On the Veteran level, some of those goals encourage various plane packages. Consider your vehicle loadout for the quickest way to success.

The Friendly Skies (Basic) – Complete 5/6 to earn the reward

Must Complete The Friendly Skies (Basic) to unlock

The Friendly Skies (Veteran) – Complete 5/6 to earn the reward

Tanker Assignments draw attention to the fact that a tank  with gunners is a force to be reckoned with. There are traditional tank challenges, but  others highlight the different strengths of each tank and their passenger seats. Stay in the fight, and contribute to your squad, by using cover and repairing often.

Must Complete Tanks For The Memories (Basic) to unlock

Assault Challenges are heavily focused on using fire and explosives. Assault players are the key to taking down enemy armor, focus on anti-armor combat and you’ll be making progress in all of these challenges simultaneously.

Pyrotechnician – Complete 5/6 to earn the reward

Everybody knows that the Medic’s job is to heal and revive. There is one Vehicle Damage challenge, but the player only needs to complete 5 of the 6, so it can be completely ignored by players that prefer not to use rifle grenades. The required damage amount is relatively low, and meant to show that the Medic as able to help tackle armor in certain situations (notice the whole Assignment doesn’t require any vehicle destruction or kills). The final challenge may be difficult for some, but as you work towards it you’ll always be making progress in the first challenge as well.

Pharmacist – Complete 5/6 to earn the reward

The Support Assignment is our homage to the Engineer class of Battlefield 4. Focusing on vehicles – destroying them, repairing them, and using them. The Support class is very versatile when it comes to vehicle play, and since they aren’t really equipped to take out vehicles on their own, most of the challenges require vehicle damage rather than destruction. The final challenge is optional and requires destroying vehicles. This is definitely possible and was added to reward those working towards the other challenges and having a really good game.

Engineer – Complete 5/6 to earn the reward

This Service Assignment is meant to highlight the Scout as a distant threat. The K Bullet challenge tracks vehicle damage rather than destruction to show that it is more of a support gadget than a direct attack gadget. For a sniping Scout, the Decoy is a great tool and can be very effective if placed in believable positions.  Take advantage of this amphibious expansion pack to find unsuspecting targets storming toward the beach on boats.

Overwatch – Complete 5/6 to earn the reward 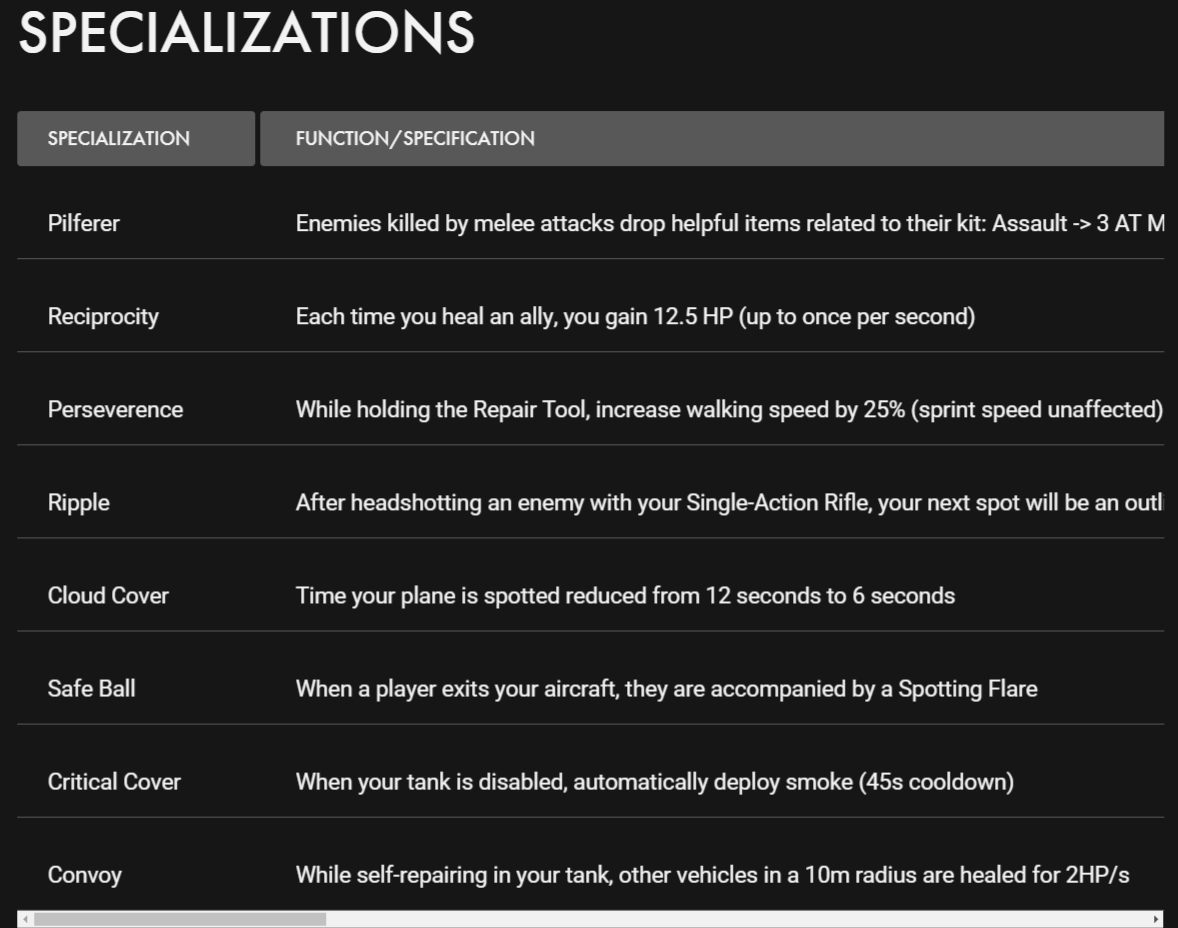 That’s a lot of additions and changes, no?! We’ll have more Turning Tides stuff on the site soon! If you’re already playing the DLC, let us know what you think of the new stuff!