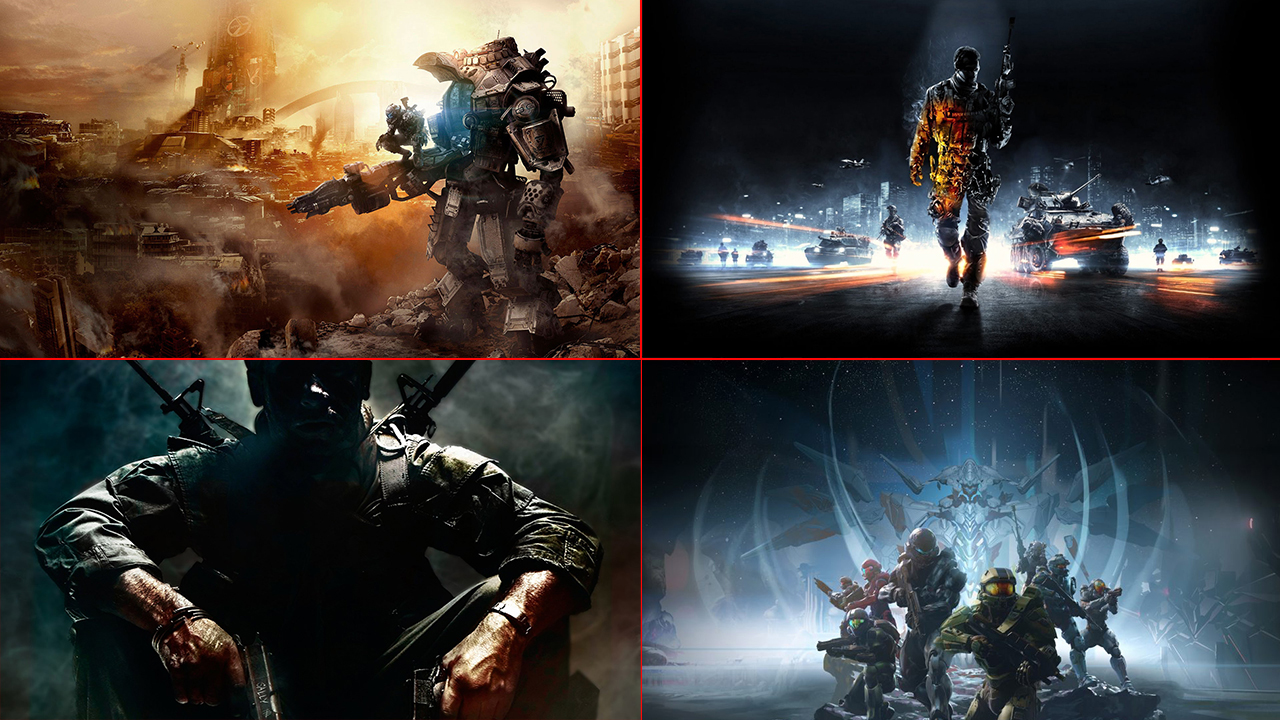 While we already posted a ranking for the best Call of Duty multiplayer and Battlefield games released this decade, we’re not stopping there. If you’re curious which shooters stood out the most this past decade (2010-2019) for us here on MP1st, then this best multiplayer shooters list should answer that.

Note that this list is NOT ranked in anyway, and is sorted alphabetically. And while we’d love to include every shooting game that made an impact on us, we had to trim it down a bit, or we’d be looking at 20-25 games easy. 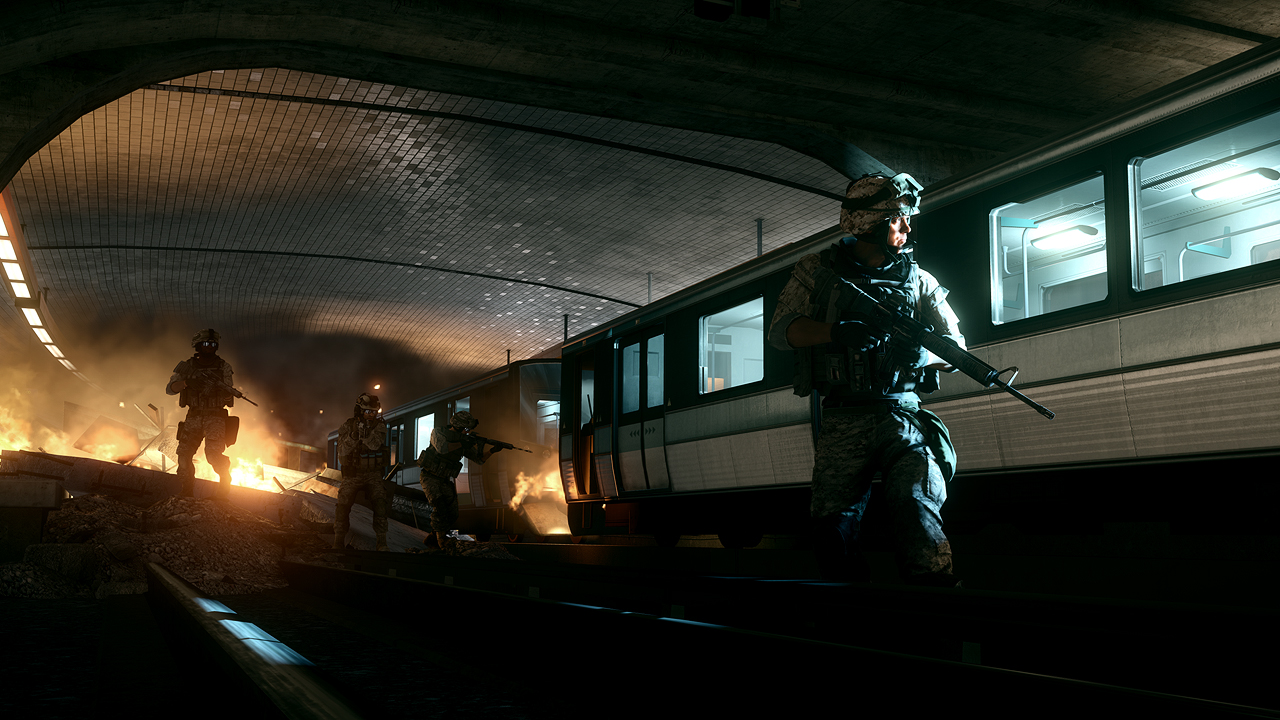 Possibly the best Battlefield game of all-time, Battlefield 3 kicks off our list given how it perfectly blended infantry and vehicular combat. Not only that, but it also gave us some of the most memorable maps in Battlefield history, too.

Add in the fantastic gunplay, weapon and character customization, and you have a multiplayer shooter for the ages.

Marred initially by a litany of technical issues, Battlefield 4 managed to hit its stride after multiple patches by DICE. Once those were sorted out though, fans were treated to a spectacle never before seen in any multiplayer shooter with DICE’s “levolution” gameplay design for maps.

Of course, any gimmick will lose steam quick if it’s not backed by solid gameplay. Luckily, Battlefield 4 had that in spades. Couple that with a solid progression system, the best gun customization feature in the franchise’s history, the first Battlefield game that allowed 64-player matches on consoles, and you have one of the most memorable shooters of the decade. 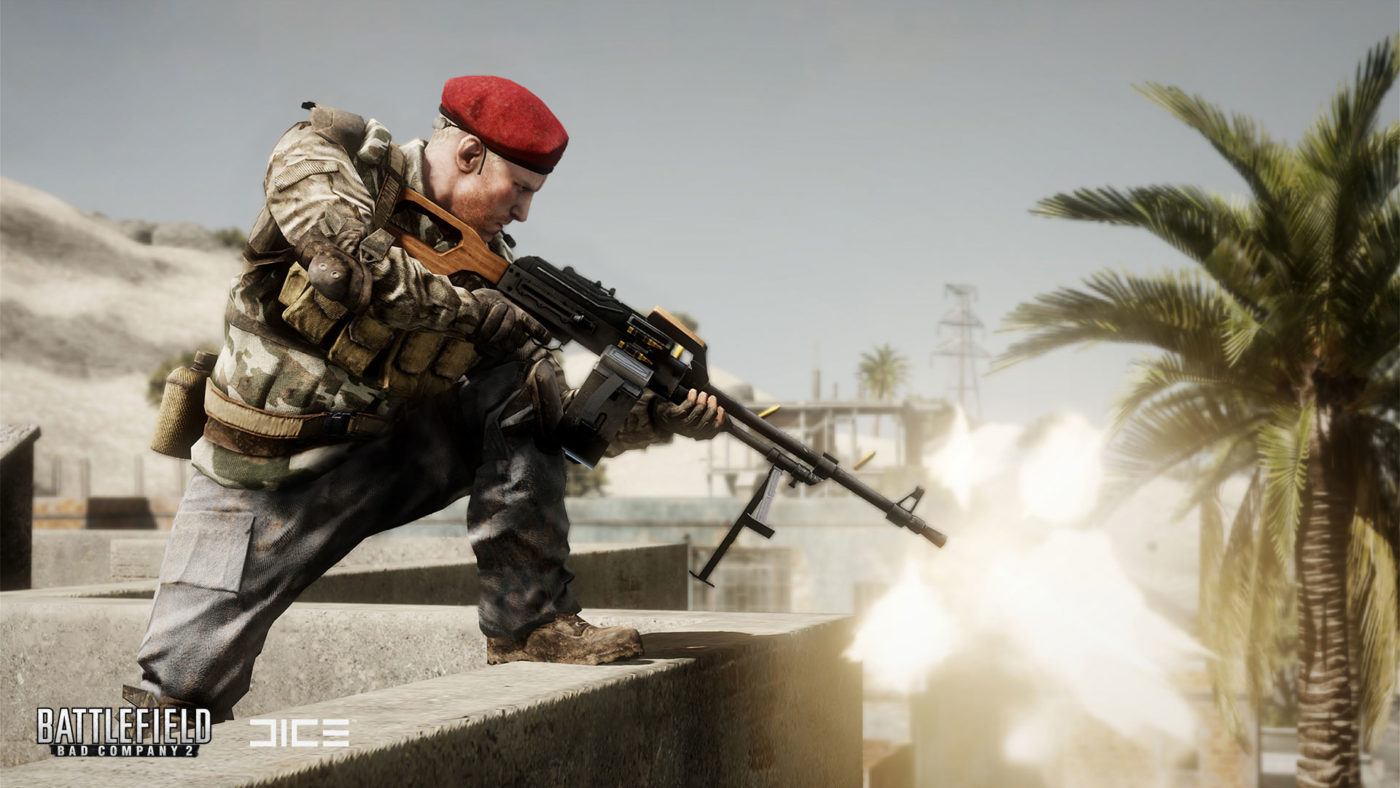 Alongside Battlefield 3, Battlefield: Bad Company 2 is always in the conversation when it comes to the best Battlefield game of all-time. Those who played this gem last generation should know that there’s an endless amount of stuff to love about it. From the best-in-franchise destruction, memorable maps, fast-paced action, unique gadgets and more, Bad Company 2 had it all.

If there’s one Battlefield game that fans want to be remastered or remade, it’s Bad Company 2, and it’s understandable why. 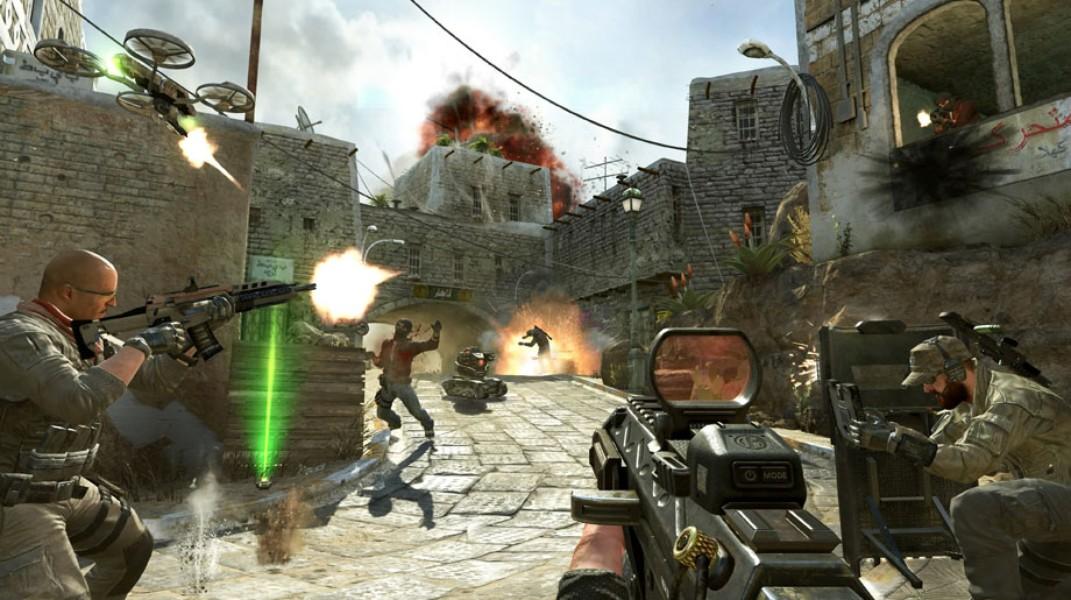 Where to begin? How Treyarch introduced scorestreaks instead of killstreaks thus prioritizing objectives ahead of kills? What about the Pick 10 loadout system that gave players total freedom in how they want to set up their guns, equipment, and more? Mix that with the Call of Duty franchise’s tight gunplay, Treyarch’s fantastically designed three-lane maps, and you have the Call of Duty gumbo that other entries in the franchise can’t even come close to. 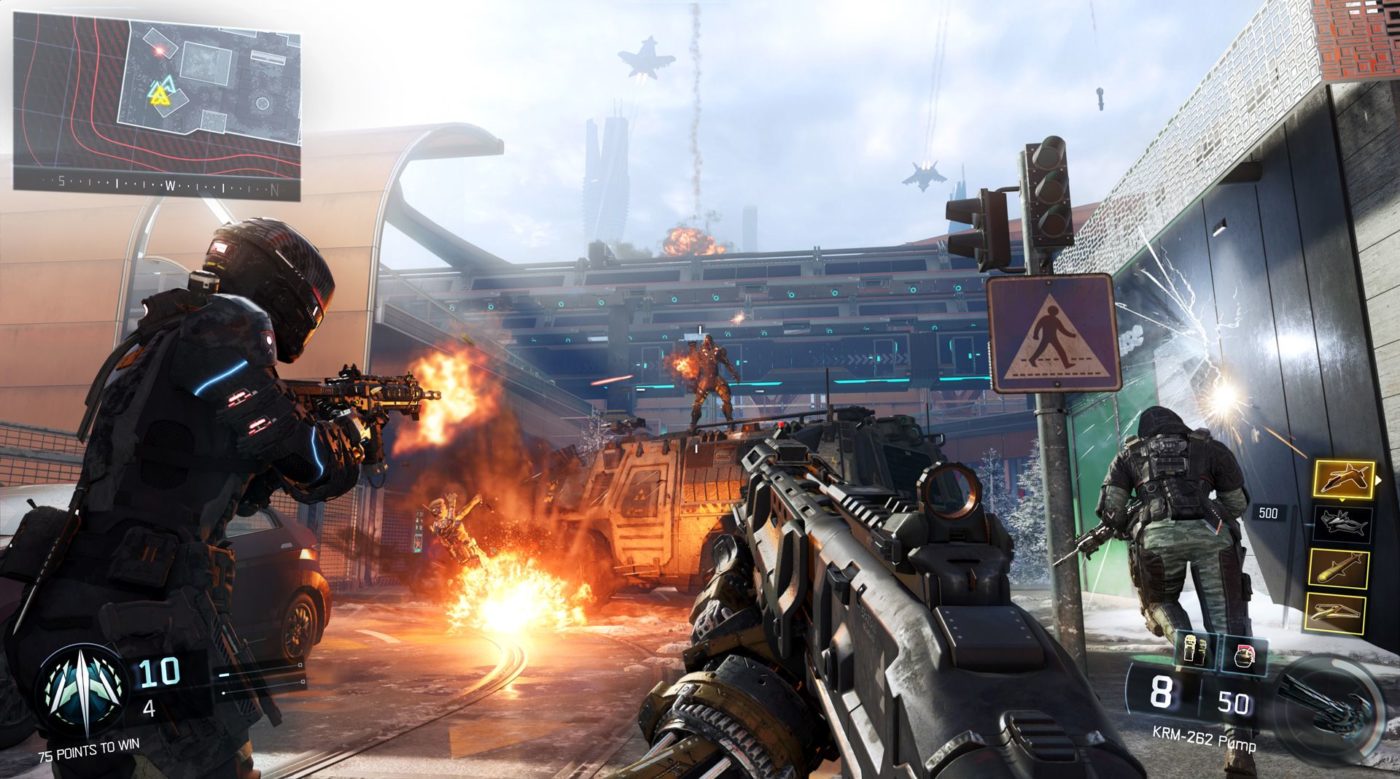 While Black Ops 2 might be deemed the best Call of Duty this decade (or of all-time), Black Ops 3 easily nabs the best jetpack Call of Duty title. Sure, the game featured Specialists, but it wasn’t as balance breaking as Black Ops 4, and it featured a smooth wall-running movement system that at the time, made gunfights more exciting.

Some people might not remember Black Ops 3 as fondly, but watch gameplay videos of it again, and tell us if there’s a better futuristic Call of Duty game made. Go on, we’ll wait. 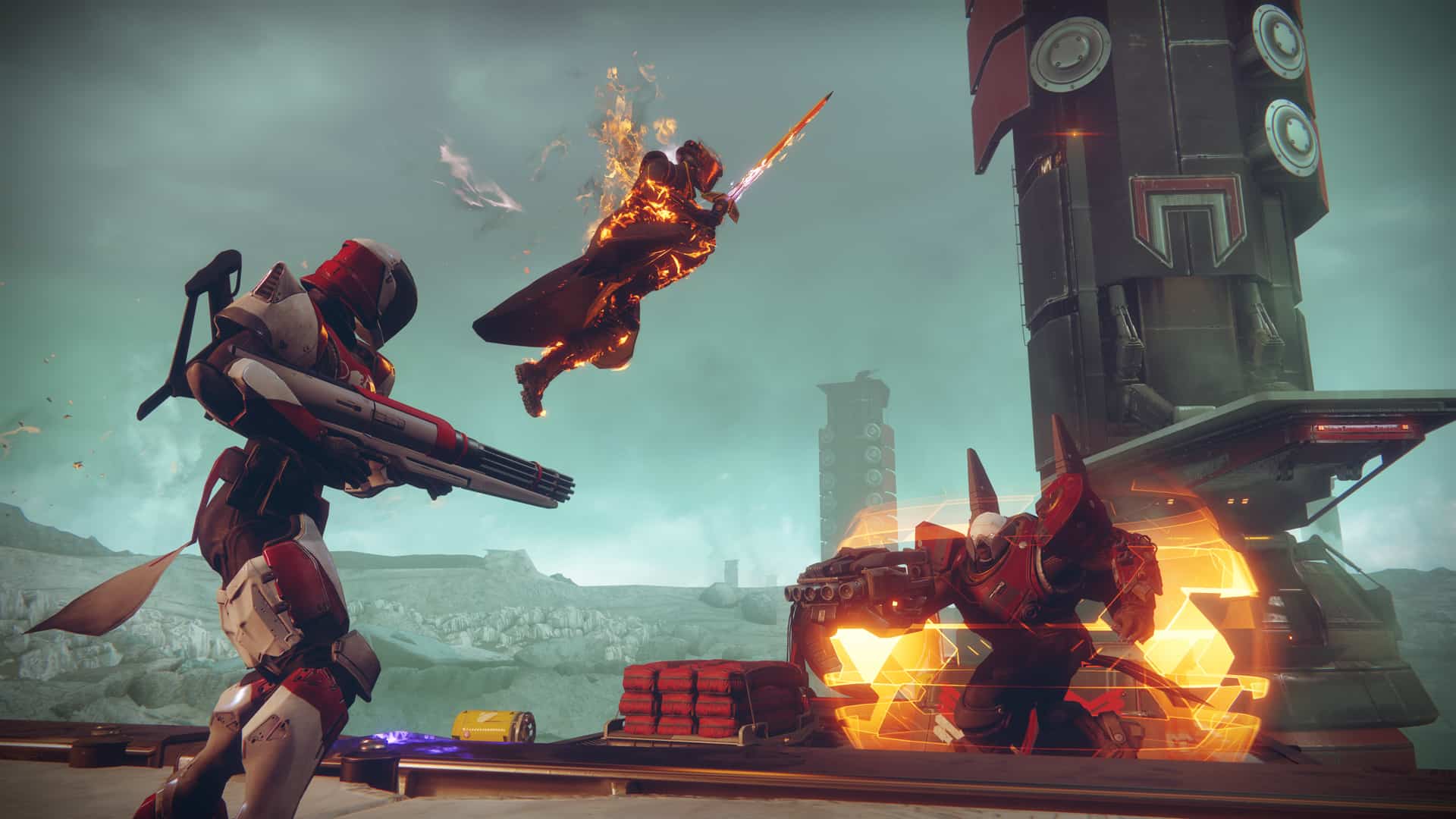 Regardless of how you feel about “live services” games, it’s hard to deny the Destiny franchise’s impact not only on multiplayer shooters but on video games as a whole. In Destiny, Bungie has crafted an ever-living world that not only lets people play online cooperatively, but go against each other as well.

What makes Destiny’s PvP interesting is, players are able to bring their weapons and armors picked up as loot, and bring it into competitive multiplayer matches.

On the PvE front, Destiny proved that shooters need not always be about competitive experiences. It’s one thing to frag people and net a ton of kills against your buddies online, but there’s a different kind of high tackling bosses and missions side by side with friends, and then scoring tons of loot after. 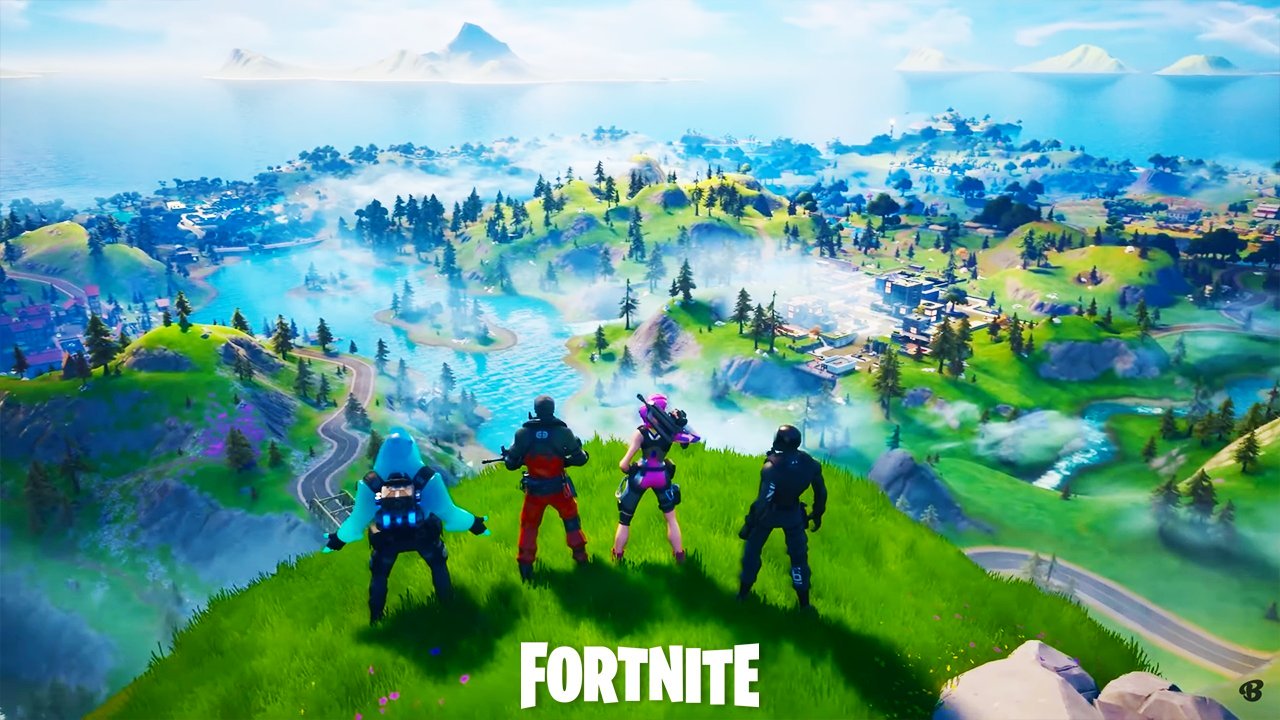 While Fortnite didn’t invent the battle royale genre, it sure as hell is the most popular one out there today. Epic Games’ free-to-play shooter threw its own twist into the battle royale formula by letting players build structures and cover even while they’re in combat!

Some pundits might see Fortnite as too casual for their liking, but you can’t deny the game’s appeal and how it penetrated even non-gaming culture. Will this game die down eventually? We can’t say for sure, but millions of people can’t be wrong for loving this, right? 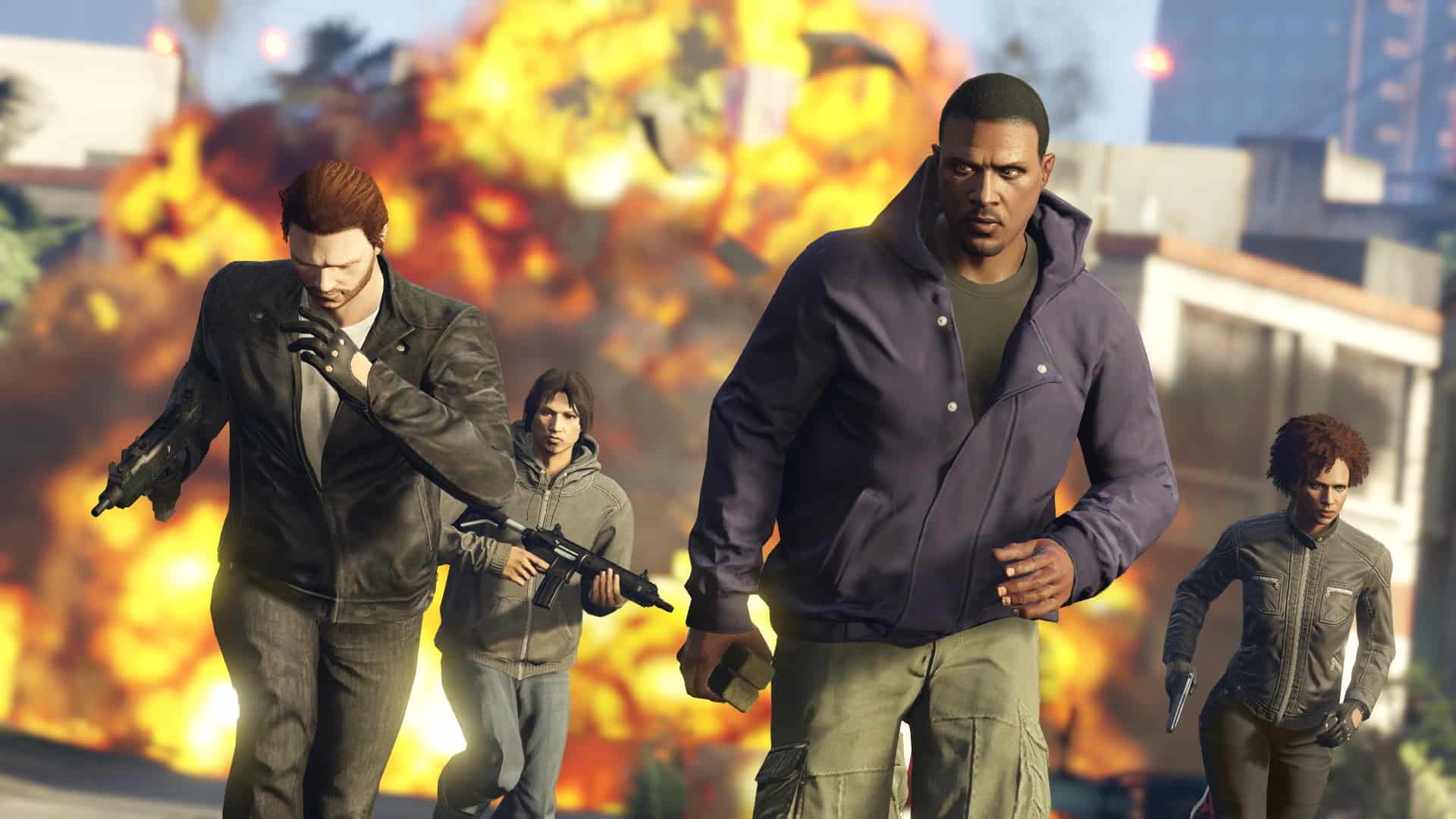 Grand Theft Auto Online: The issues that plagued GTA Online from the get-go are well documented, but almost seven years later, it has become the pinnacle of online games. From running heists with friends, racing around fan-made race tracks, or causing chaos in free roam, the ways to make money and make your way to the top of the GTA criminal empire is endless. Some of the many reasons why it’s still a top ten telling game every month. 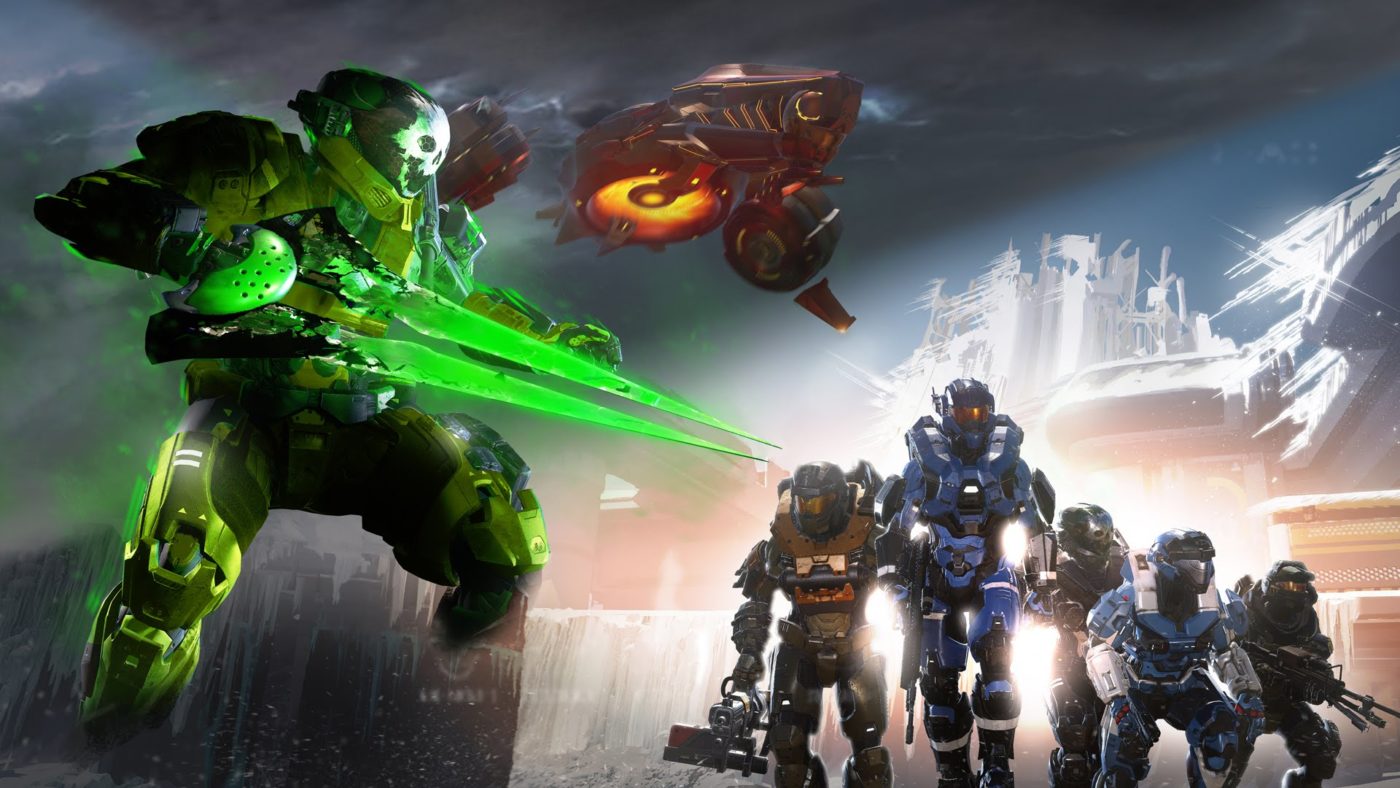 When it comes to Halo 5, the campaign is easily the weakest in the series, but the multiplayer is top-notch. Taking the next step, Halo 5 MP is fast, fluid, and adds so many fantastic game modes. Fans of classic Halo might take a bit to adjust to the quicker style of play, but the core mechanics of map control and power weapon control are still crucial to winning matches. 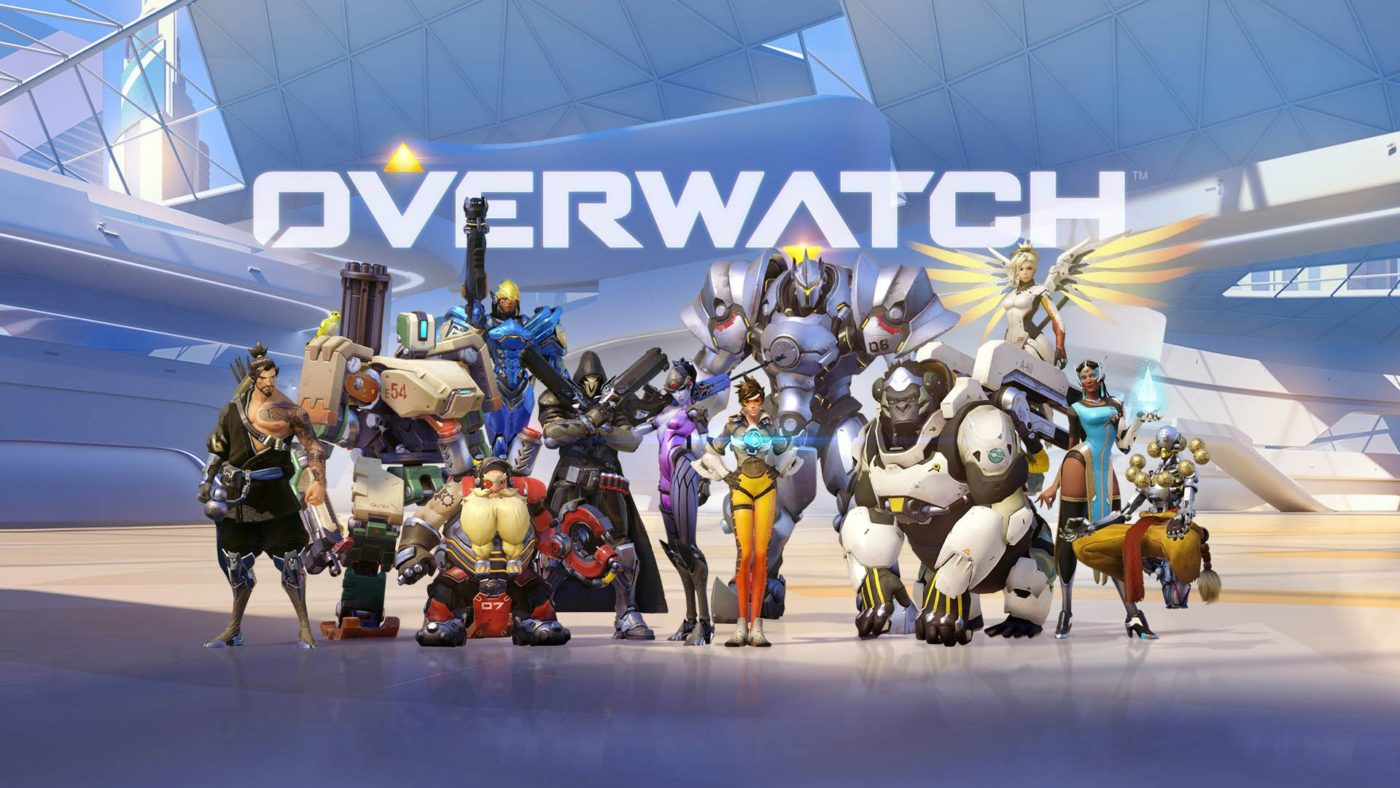 Who’d have thought Blizzard Entertainment would be able to penetrate the crowded online multiplayer sphere? Not only did Blizzard did that with Overwatch, but it got so big that it influenced how other multiplayer shooters would be designed moving forward.

Overwatch managed to give shooter fans a taste of hero characters usually only present in MOBA titles, and not only did they make it work, but it was balanced excellently, too. 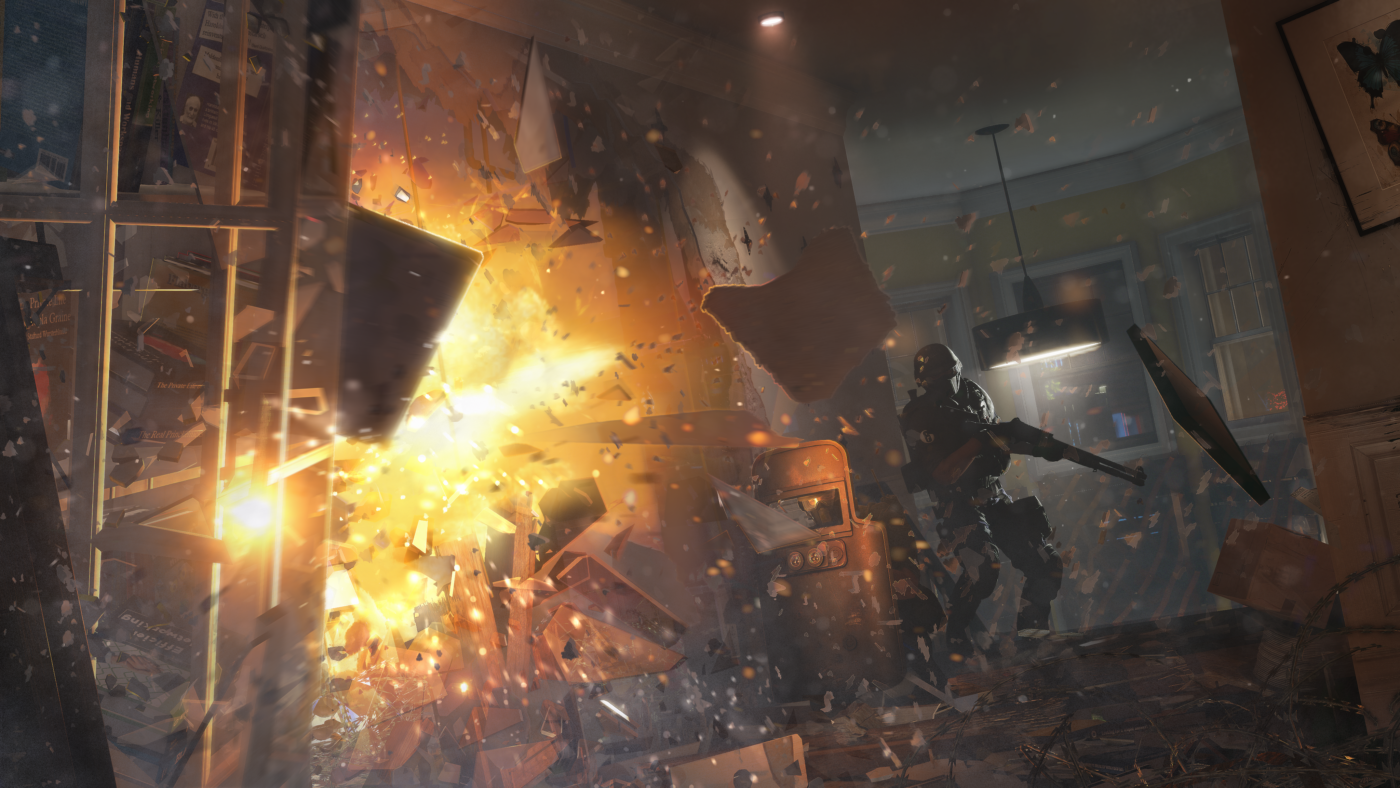 Released back in 2015, Rainbow Six Siege is still going strong heading into its fifth year. How many games released this decade can say the same? Not only did Ubisoft Montreal bring the Rainbow Six formula and updated it for more modern tastes, but it provided an unheard-of level of post-launch support that we’re still seeing to this day.

Oh, and the different Operators, gadgets, weapons, and maps, definitely helped too. 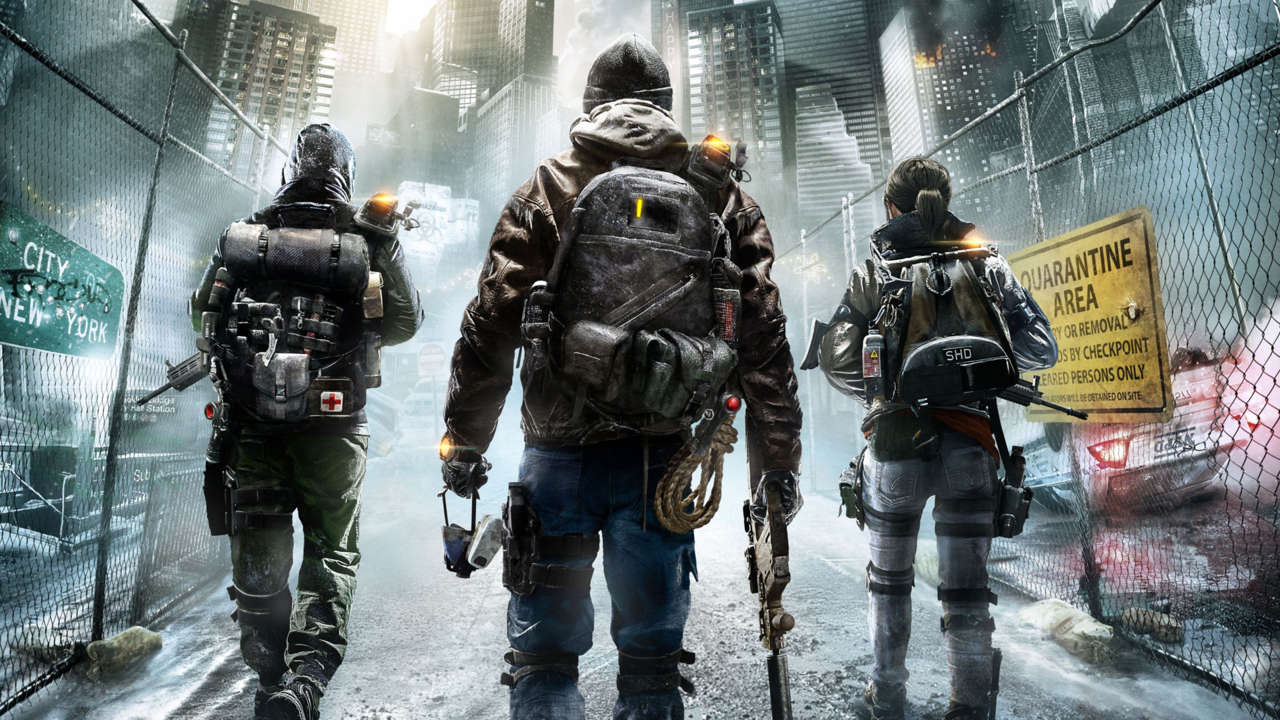 While Destiny might have been the first console game to offer the live services gameplay that we’re all familiar with now, Ubisoft countered that with The Division, which is a more grounded take that heavily focused on co-op, loot drops, and on how best to tackle bullet-sponge enemies.

For those that played it, the way the game necessitated teamwork by making sure your character abilities synergized was one of the best co-op experiences this decade. While the game’s Dark Zone PvP mode was met with mixed results, kudos should be given to Ubisoft for trying something new. 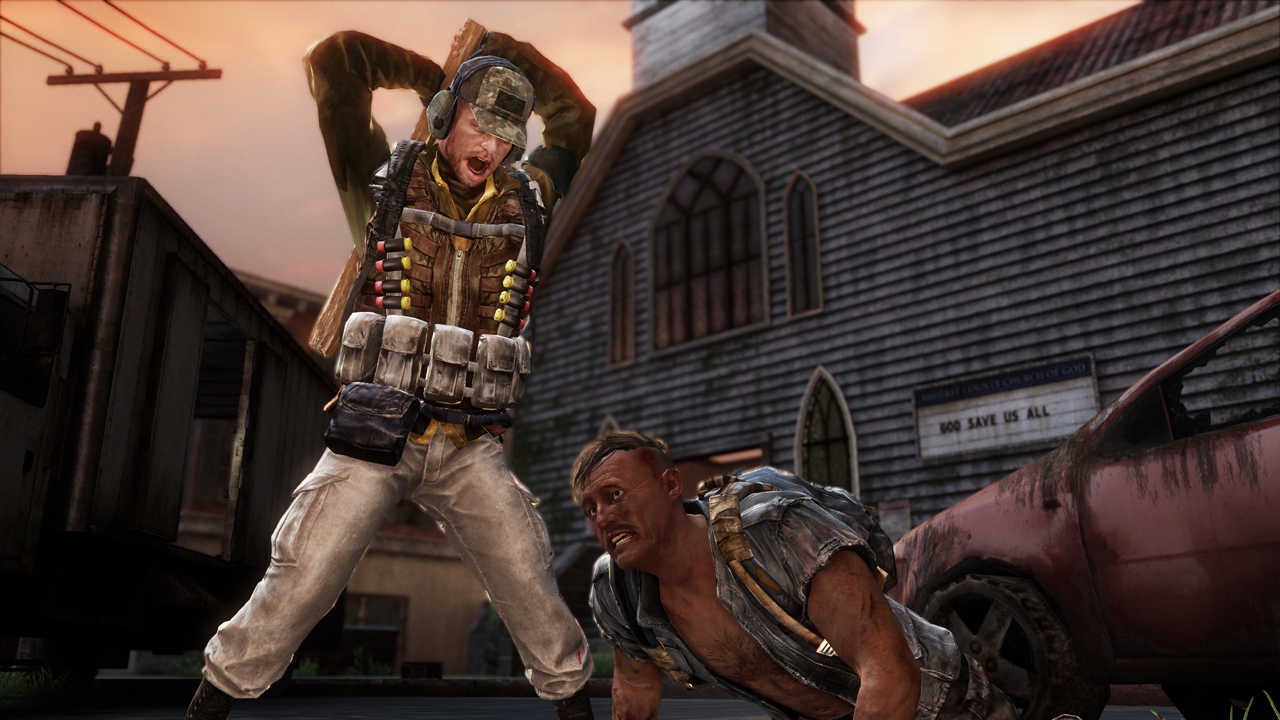 The Last of Us is truly one of the best games to date and while it’s single-player component is bar far the biggest focal point, it’s multiplayer came as a huge surprise to many that played it. Unlike many of the other shooters on this list, The Last of Us multiplayer offers a far slower pace style of play that emphasizes teamwork and survival.

Nearly everything about the multiplayer is as exciting as it’s single-player companion. Map designs are well made with plenty of cover to offer, guns and controls feel tight and weighted as if every action has a consequence, and the moment to moment confrontations are just as stress-inducing as they are in the main campaign.
It really is a title that I have yet to find a match for, and if you haven’t played it we strongly suggest you pick up the PS4 remaster. 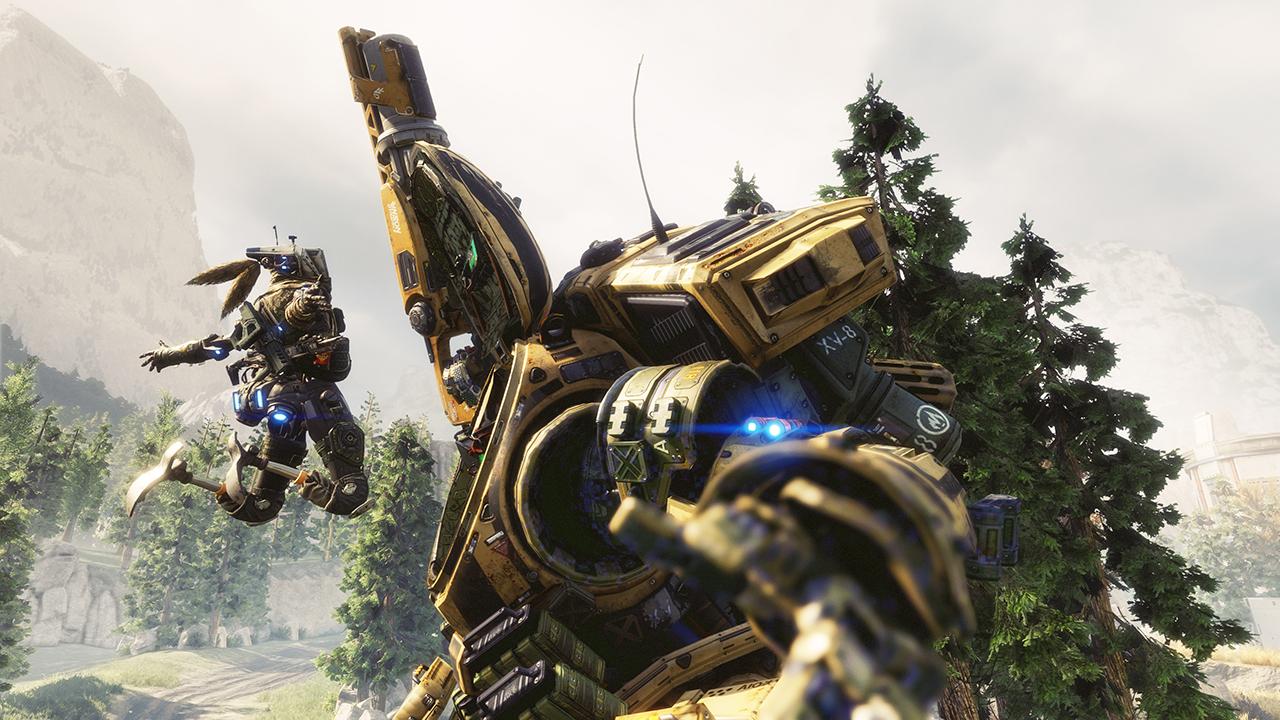 Last but definitely not least are Titanfall 1 and Titanfall 2. Yes, we know we’re kinda cheating by combining these two into one entry, but each title did enough to differentiate itself from the other, and at the same time giving a similar experience.

While Black Ops 3 might be the best jetpack Call of Duty game, the best wall-running and best jetpack shooter this decade undoubtedly belongs to the Titanfall franchise. When you factor in mechs, fantastic gunplay, new multiplayer modes that mixed in AI with your traditional multiplayer matches, then you have one of the best multiplayer shooters of all time.

Mind, we’re not surprised since the folks behind the Titanfall franchise is none other than Respawn Entertainment,  which is comprised of former Infinity Ward senior devs that worked on Call of Duty 4: Modern Warfare and Modern Warfare 2.

There you have it, shooter fans! The games listed above are our best multiplayer shooters list for this decade. Did we miss any game out or do you feel we included a game that shouldn’t be part of the list? Let us know your thoughts in the comments.