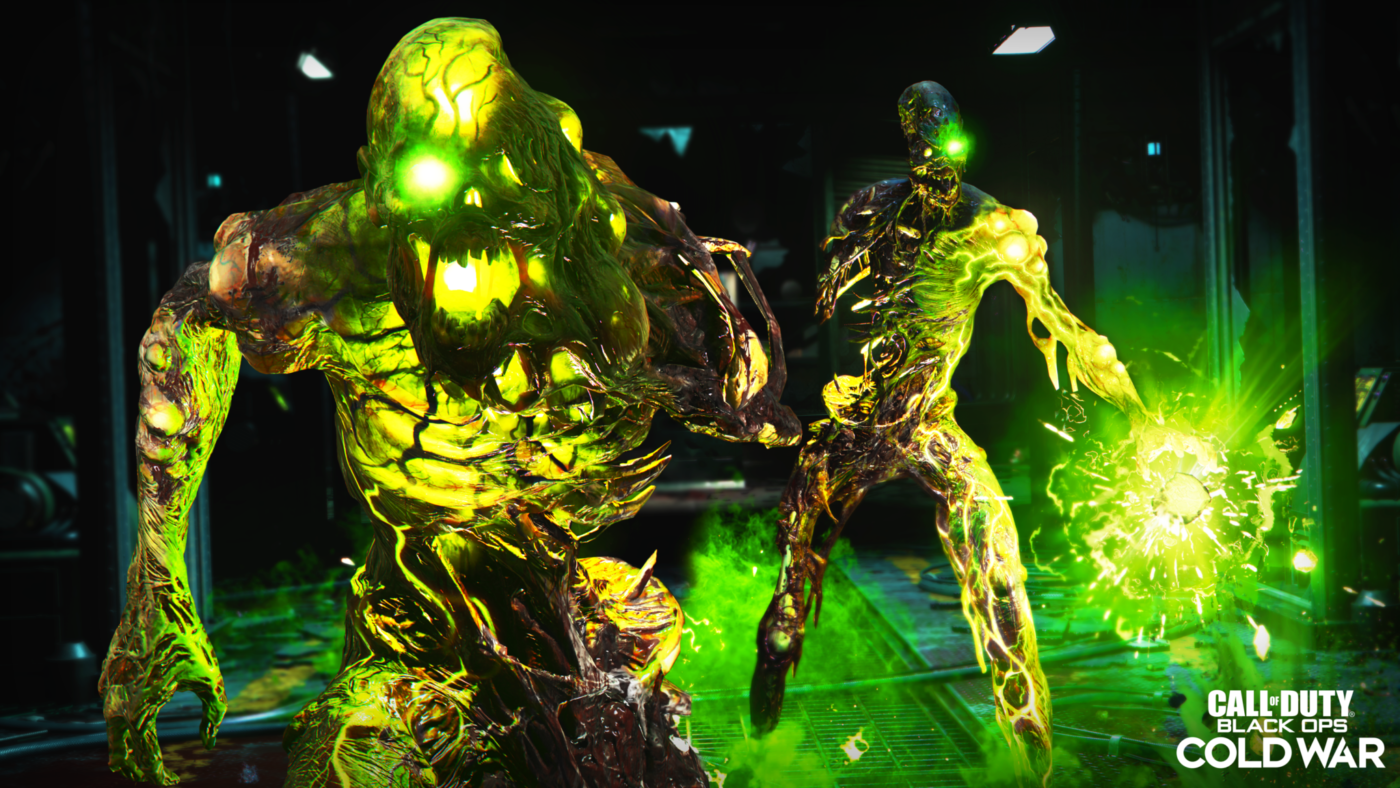 No Black Ops game is complete without Zombies, and this four-person co-op mode is set to take veterans and newcomers alike on a bold and terrifying journey that expands on an iconic part of the Call of Duty franchise. Just like Multiplayer, squads in Zombies can be formed across platforms and generations, marking the first time in franchise history this co-op mode is available via cross-play and cross-gen.

A Connected, Thrilling Experience Across Modes and Platforms

Whether you’re a long-time Zombies veteran who also plays Multiplayer, or a first-time Call of Duty player completely new to Zombies, expect to drop into the fun faster than ever before with friends and the greater community, no matter the platform or generation you play on.

Here are just some of the updates to Zombies in Black Ops Cold War:

Just like Multiplayer, squads in Zombies can be formed across platforms and generations, marking the first time in franchise history this co-op mode is available via cross-play.

Players will now advance through the Battle Pass with time played in Zombies, similar to Multiplayer and Call of Duty: Warzone™.  Requiem team members can also start the match with their Gunsmith-crafted weapon of choice via loadout support.

In addition to the return of the Pack-a-Punch machine to transform your weapon, all weapons will now have a rarity associated with them. The higher the rarity, the greater the damage output and attachments for the weapon. For the first time, this will allow any weapon in the game to be sustainable in later rounds. This also adds more variety and fun to finding new weapons through Wall Buys and the Mystery Box.

Outside of weaponry, players can deploy Field Upgrades as proactive abilities that add another layer to squad-based tactics.

Charge them up by killing zombies, then deploy them in times of desperate need. From offensive buffs to abilities that aid in evasion or healing and reviving, these Field Upgrades are made to fit numerous playstyles and situations.

Around the map, you can craft and find lethal, tactical, and support equipment.

Lethal and tactical equipment are similar to the equipment found in Multiplayer, like Frag Grenades, while support equipment is home to high-powered offensive weaponry. This slot could be where you deploy Grenade Launchers, Sentry Turrets, Explosive Bows and even Chopper Gunners – all tools that can deliver a massive power spike when your squad needs it most.

Classic Zombies Perks are back with a reimagined Cold War aesthetic, including the return of timeless favorites like Juggernog and Speed Cola.

There’s no longer a limit to how many different Perks you can consume, so go ahead and crack open a six-pack, if you have the points to do so.

Instead of perishing to the horde, Black Ops Cold War Zombies provides a new option to escape with your life when you’re feeling overrun… if you dare.

If the whole squad is in trouble, you can opt to exfiltrate the undead combat zone via helicopter. Although zombie spawns will be dialed up to 11, you should expect to earn some rewards if your squad completes this final push to survive.