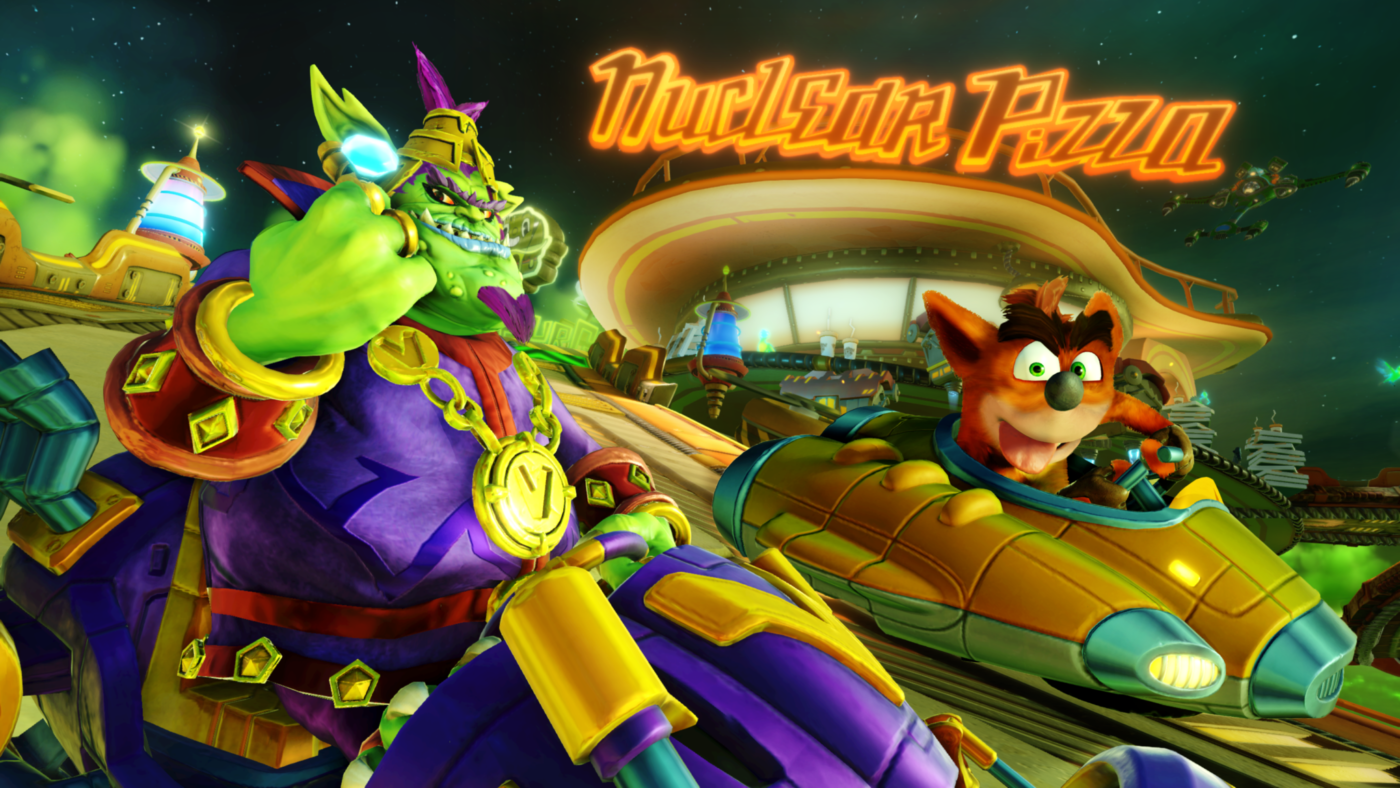 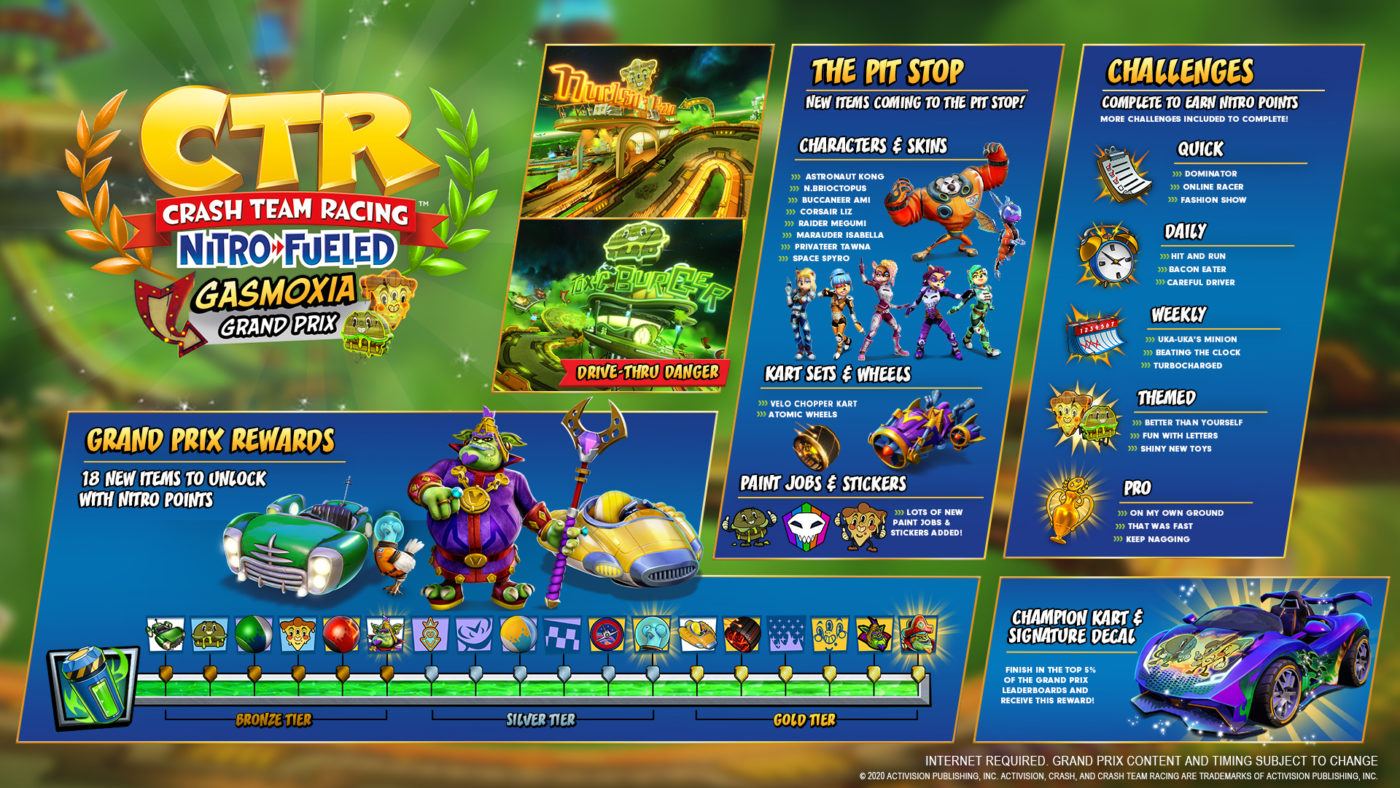 NEW TRACK: Are you ready for Oxide’s final challenge, the most technical track ever assembled in Crash Team Racing? Then prepare to take on Drive-Thru Danger! Not for the faint of heart, this track exists high above the skyline on Oxide’s home planet Gasmoxia and pits racers in the middle of a fast-food war between the planet’s two biggest conglomerates – Nuclear Pizza and Toxic Burger. Existing at the fringes of space, it’s filled with twists, turns and risky shortcuts for the bold. The ever-present gaze of Gasmoxia’s corporate giants hangs over the heads of all racers as they strive to beat the track (and each other) and escape this toxic dystopia!

PIT STOP ITEMS: When in Gasmoxia, do as the Gasmoxians do! Look like a local with a wide array of new Pit Stop items to swag out your racer and kart in the space-adventuring theme of the planet.

CHAMPION KART AND DECAL: Finish in the top 5% of the Grand Prix leaderboards and win the Champion Kart and Gasmoxia signature decal!

Aside from the content above, there’s no official patch notes from Beenox released yet regarding gameplay changes, but once we know of any, we’ll update the post.

What do you think of the latest Grand Prix for Crash Team Racing? Let’s hope Activision supports the game well into 2020.