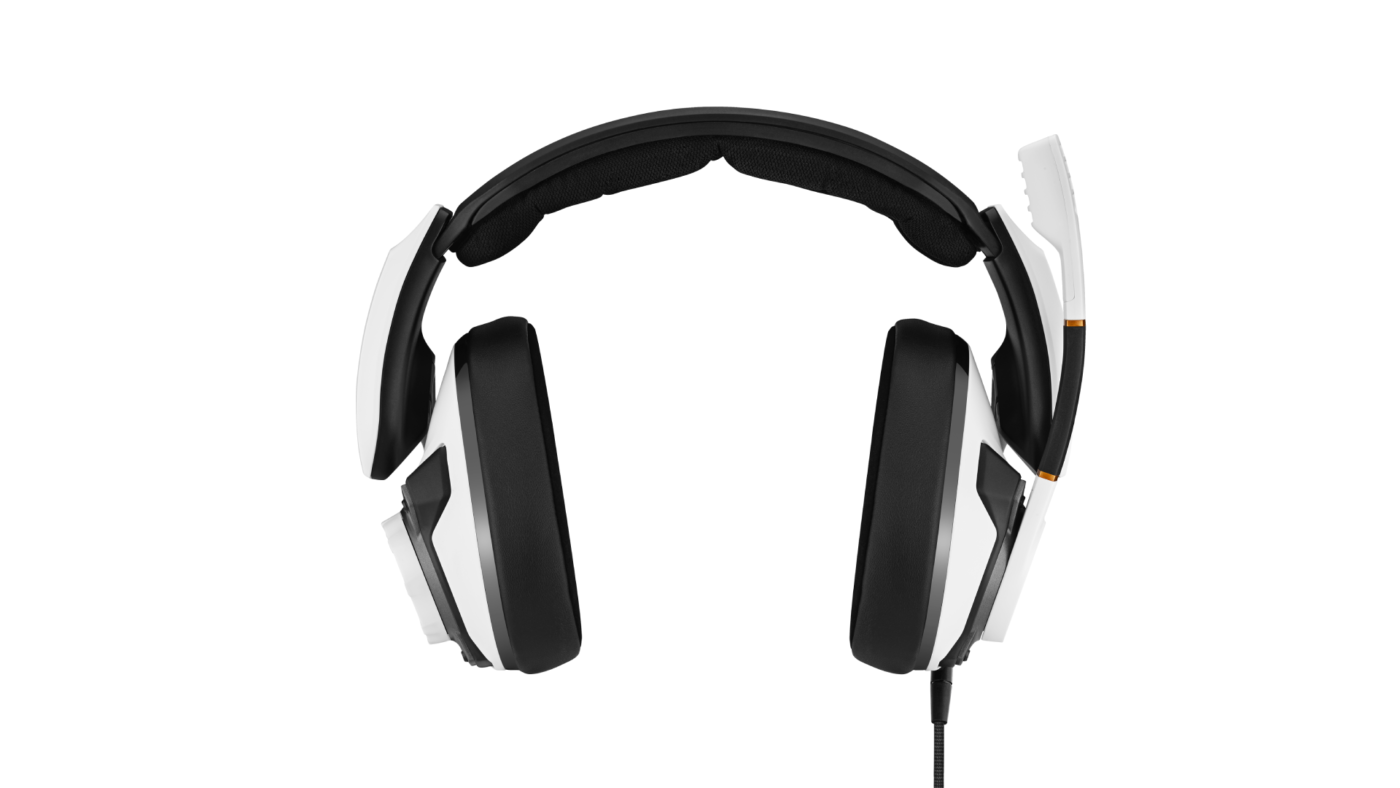 EPOS has released yet another new gaming headset, though this one is a little bit more premium than others. We take a look at EPOS | SENNHEISER GSP 601., the newest color variant in their GSP 600 line and check whether there are improvements to this and whether it’s worth the $200 price tag. Head on below for our EPOS GSP 601 review now!

A Step to Perfection

A couple months back we had the opportunity to review the GSP 300, and before that the GSP 370. While the latter is an exceptional wireless version of its predecessors, the GSP 300 was easily one of my favorite wired headset and at a great price. There was little to really complain about it, so when we were again tasked with diving into another GSP model, the GSP 601, a question that had surfaced was; How does one improve on what we considered to be an already amazing headset? Well quite a lot actually.

For starters, in my GSP 300 review I mentioned how the 3.5mm cable was always attached to the headset. A minor annoyance for some, though that has since been resolved in both the 500 and 600 series. 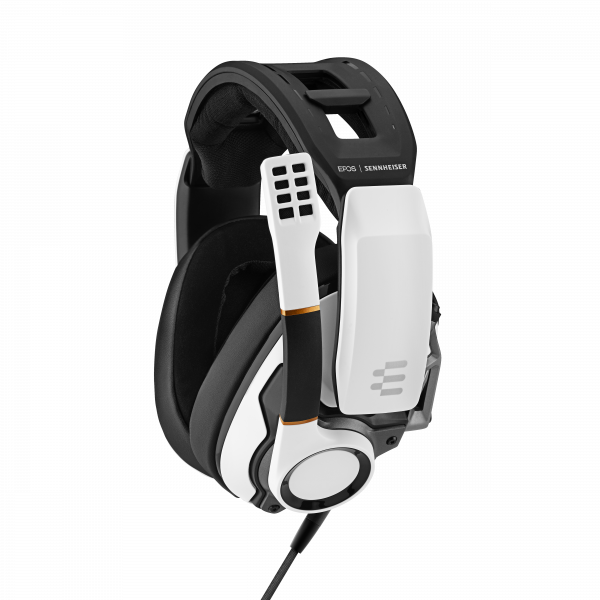 Then there’s the overall style and design of the GSP 601. While I enjoyed the snug fit offered in the 300 series, the 600 dials it up to a new level. Ear pads are significantly larger, almost double in size and with the casing now featuring two connection joints (one previously) to allow far more flexibility. The difference in ear pad sizes allow a more tighter, yet comfortable fit for wearers, especially for those with large ears. This isn’t the only change done to the padding either and there are now three different kinds of stitches found on the pads. The exterior is padded with the normal leather like material that EPOS have used in past headsets, while the part that actually sits on users is a much softer, matted material that is more resistant to wetness for those who sweat a lot. As for the inside, it uses a much lighter material that most likely allows the sound to travel better within the pads.

Moving up we have the headband, which like many other headset features size adjustments and a soft pad underneath the top portion. One major change up though is that there are now pressure controls located in the gaps of the band on top. These allow you to adjust how much pressure is applied on the ear cups, which is very noticeable in both feeling and how sound gets blocked, delivering the perfect closed acoustic experience. 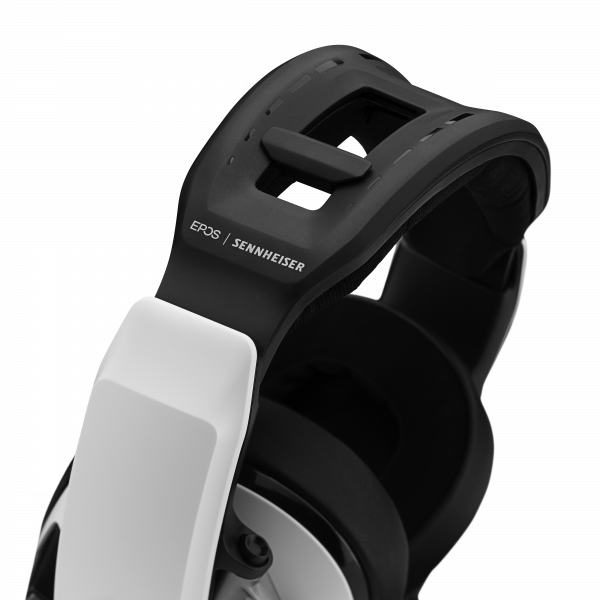 Compared to previous iterations, when you look at the GSP 601 you know your getting a headset dedicated for gamers. I’m quite fond of it myself, and the two tone colors really make it pop, though if you aren’t one to fancy that, it does come with two side panels that match the color of the whole headset to provide a one color set-up.

Living In The World Of Sound

Honestly, there isn’t a whole lot I can say that I haven’t already said in my past GSP reviews when it comes to sound quality. Everything just sounds great with these headsets as they offer a high level of clarity, creating a deeper immersive experience. However seeing that this is a higher tier headset of the GSP line, it would be ashame if it didn’t boast any improvements in the sound department, and thankfully it does and it’s quite noticeable.

The level of clarify has been amplified, as with the level of bass output. Music, movies, and video games, all offered a superbly cripse sound. Compared to the GSP 300, there just seemed to be a bigger boom to the 601, one that just makes the experience overall far more enjoyable. 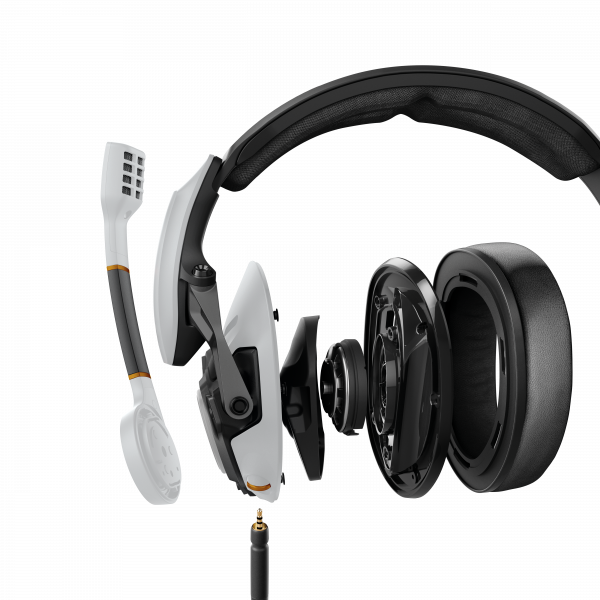 Comfortability also helps immensely, and despite sporting a more bulkier design, the EPOS | SENNHEISER GSP 601 are very much comfortable. I mentioned before of all the design changes and while they were steered to offer a more better feeling, in the end it helps the sound surpass its predecessor. The pressure sliders allow you to seal in and block out more sound, as with the different size of ear padding and material used. They may seem like minor changes, but the end result is one keen on offering total immersion.

The microphone itself is very well made as it’s design to only pick up sound from the user while limiting everything else in the background. Compared to the 300 series, there’s further clarity in users voices, which honestly was already pretty damn clear from the 300 series. There doesn’t seem to be much of a difference in the arm itself other than that there is now less resistance when moving it up and down, but the overall movement is still restrictive to most just that. It does feature the same middle rubber piece that lets you slightly move it in other directions, but not as much as some may want. 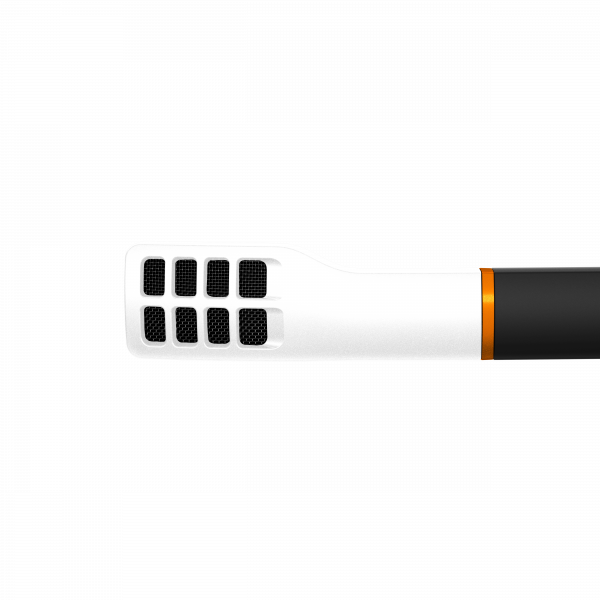 One of the better features of this headset though is the fact that it’s wired, versus being USB or wireless. While the latter is without a question the more appealing option, the wire set-up is just a great one to have as it allows users to use legacy equipment. In my case, this headset was fully compatible with  EPOS | SENNHEISER GSX 300 external sound card. A big plus for a set that doesn’t come packed with it’s own software, as this connection type allows better customization and control of sound.

Honestly, if your someone looking to up their game and level up their current headset, then the EPOS | SENNHEISER GSP 600 (600, 601, 602) series is truly the way to go. It’s hard to find flaws in something that works so well, and as a higher model it delivers on perfecting on the past flaws before it. They are exactly the kind of headsets engineered to meet gamers needs, offering the full confidence in audio sound that we all strive for. Beautiful, vibrant designs matched with durable comfortability, as with all other EPOS gaming headsets, this is one I highly recommend to any shopper. And even if you aren’t a huge fan of the whole wired connectivity, EPOS does go the extra mile to ensure that there are options, offering this set in a complete wireless variant known as the GSP 670.

Hardware was provided for review purposes by the publishers. We do not assign numerical value to our hardware review, and if you are interested you can read SP1st and MP1st’s review and scoring policy right here.  The  EPOS | SENNHEISER GSP 600, 601, and 602 are now available for purchase with MSRP of $219, with the wireless version (GSP 670) costing $319.