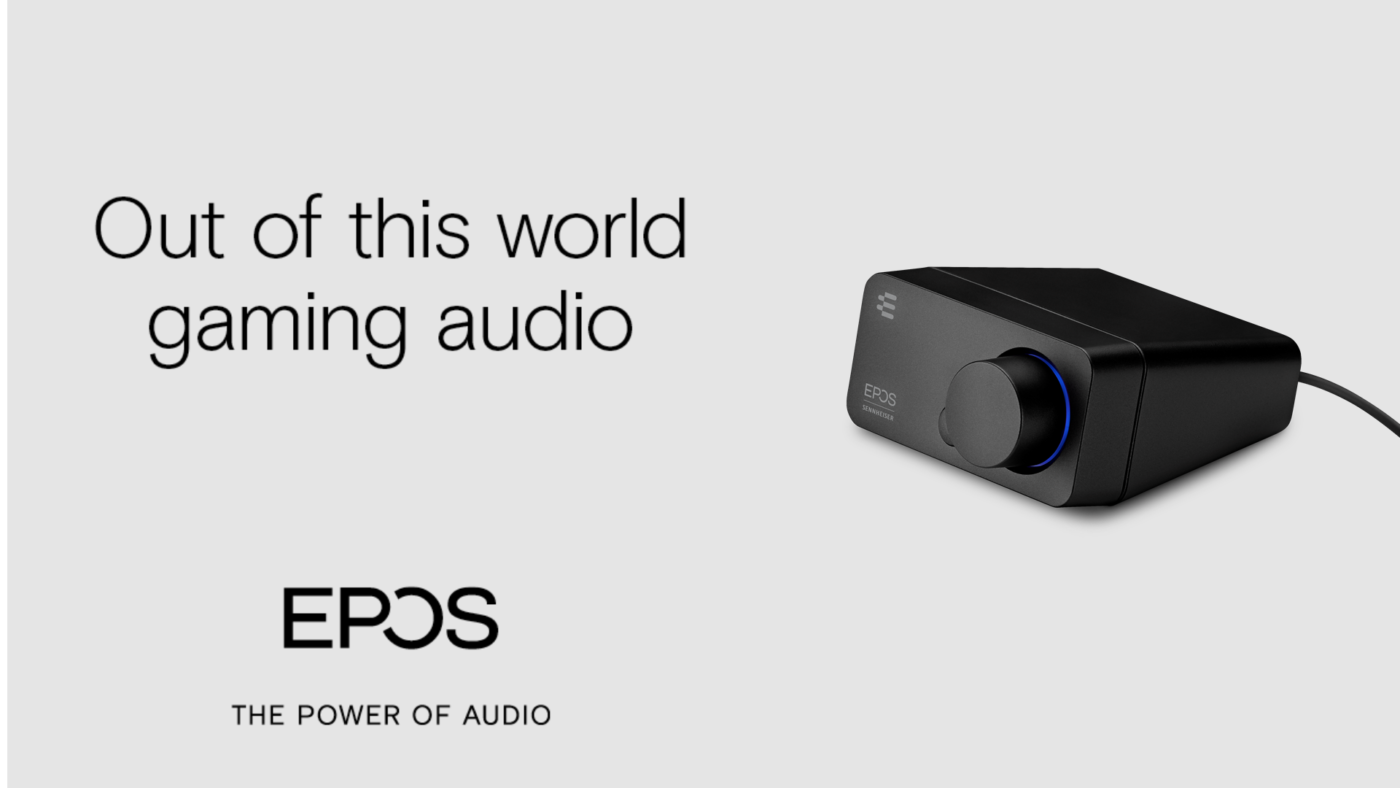 The first new major EPOS audio product is finally here and we’ve been given the opportunity to go hands-on with it. With the promise of delivering absolute excellence when it comes to gaming audio, we put the GSX to the test to find out if it does just that. Will the GSX 300 offer the improved gaming immersion when it comes to audio, or will it fall flat?

Note: As with any product review, I do a week of testing to ensure the device is working properly.

From Ordinary to Extraordinary

You may be asking yourself, what is the GSX 300? Well, it’s an external sound card designed to improve the audio and microphones of existinging headsets. It essentially acts as a DAC (Digital to Analog Converter), thus being able to supply any 3.5mm based headset with 7.1 virtual surround sound. A pretty awesome, and cheap method for those interested in upping their sound game without breaking the bank. In fact, the GSX is significantly cheaper than most DAC devices out there, making this one of the most consumer accessible devices on the market for 7.1 surround sound. 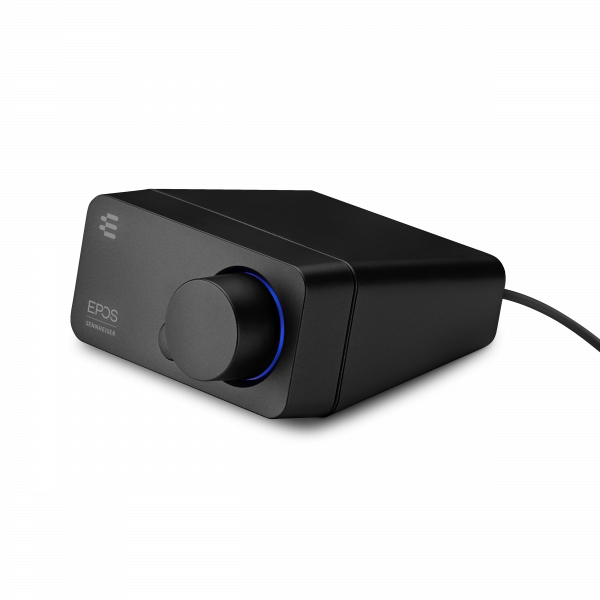 From a design perspective, the GSX 300 is sleek and simple. It’s a square box, built with some nice to the touch plastic, with a 360 degree dial on the front and a smart button that switches between standard and 7.1 sound. Unlike other DAC equipment, GSX 300 is really small, so it won’t be taking much room in whatever space you plan on using it in. As mentioned, it’s sleek design really makes it fit in any setting. There’s little to say about the overall aesthetic outside that it looks nice for what it is. The set-up is just as simple as well as it’s just a USB connection to your PC with inputs for 3.5mm sound and microphones.

In order to get the GSX 300 to function, you’ll need to download the Epos Gaming Suit software on PC.

From here you’ll have access to a variety of customization for both microphone and sound. We went ahead and tested out the 7.1 conversion, and to our surprise it actually worked. In our gaming sessions we found that audio sounded significantly better than running off the standard 2.0 sound, thus giving us a more immersive feel. Additionally, the software has some preset settings such as music, movie, and even an esport option. While they’re alright in terms of sound improvements, I found myself customizing the sound to my liking. yes, the gaming suit does allow you to fully customize the way sound goes in and out of the device. If I found the reverberation to be too high or low, the slider allowed me to change this as with all the other channels available in the software. 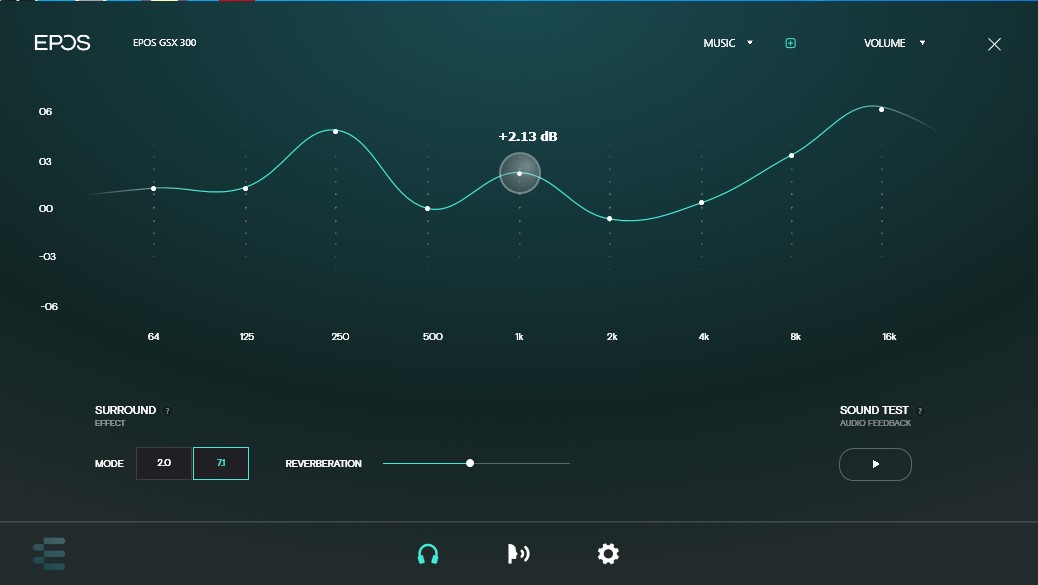 I loved the fact that everything was done in real-time, meaning whatever changes you made could be heard on the fly if you had audio player. This especially was useful during my chat sessions on discord as I was able to fine tune chat audio to my liking to make other player voices clearer and more focused. It truly did improve the sound where it mattered the most as once muffled out voices now became clearer and more distinct than before.

Headset’s microphone could also be adjusted, although from the feedback I received from others the changes were very minimal. It also obviously depends on the type of headset you are using. For this test we used the GSP 300, a set from Razor, and some simple cheap wired headphones. We found the result to be better with our GSP 300 as the headset was already well designed for audio, but improvements were seen with the others, so the GSX 300 is well suitable for devices outside of the EPOS family.

For those not familiar with the item, here are the key features of it:

Key features of the GSX 300

If you wish to learn more on the key features you can read up on them below. Interested in the GSX 300? You can purchase one directly from EPOS on their official product page.

Room for Some Minor Improvements

While the hardware of the GSX 300 is phenomenal in it’s performance, the software side of things could use a bit of work. Nothing major, but it’s odd to have a PC application that doesn’t allow you to minimize it or click it to popup over other apps. As you can see in the screenshot above, you can only exit out of it, which is an odd oversight. I’m a person who has probably 10 PC apps running at once for work related activities, so my screen gets rather over cumbersome quick. With the EPOS Gaming Suit running in the background, if I found myself needing to adjust sound I would have to minimize every other app in order to access the app. A pretty big annoyance, although we are sure this will be fixed quickly in a future update so the issue is only temporary. On the hardware side of things, we would recommend the next iteration to have more smart features located on the device itself and perhaps be more console friendly as it’s designed for the PC experience. It does work on console, but mostly as a volume controller to boost sound, so if you plan on getting this solely for your console you may want to wait for a newer version.

It may not offer the depth that a dedicated DAC device has, but for the budget price of $79.99, the GSX is easily a must own product. From our testing we found that it improved overall sound, giving us a deeper, richer gaming experience. And this here is the big important part, because it’s what EPOS sets out to do. Delivering on the promise of creating a more immersive experience through the magic of sound. It certainly has achieved that with the GSX 300, as I am foundly impressed with its offerings. Anyone looking to boost their gaming experience without going overboard with equipment may find the GSX 300 to be just what you’re looking for.

The EPOS GSX 300 is out now for $79.99. A unit was provided by EPOS Audio for review. Product tested on PC and consoles. You can read MP1st’s review and scoring policy right here.