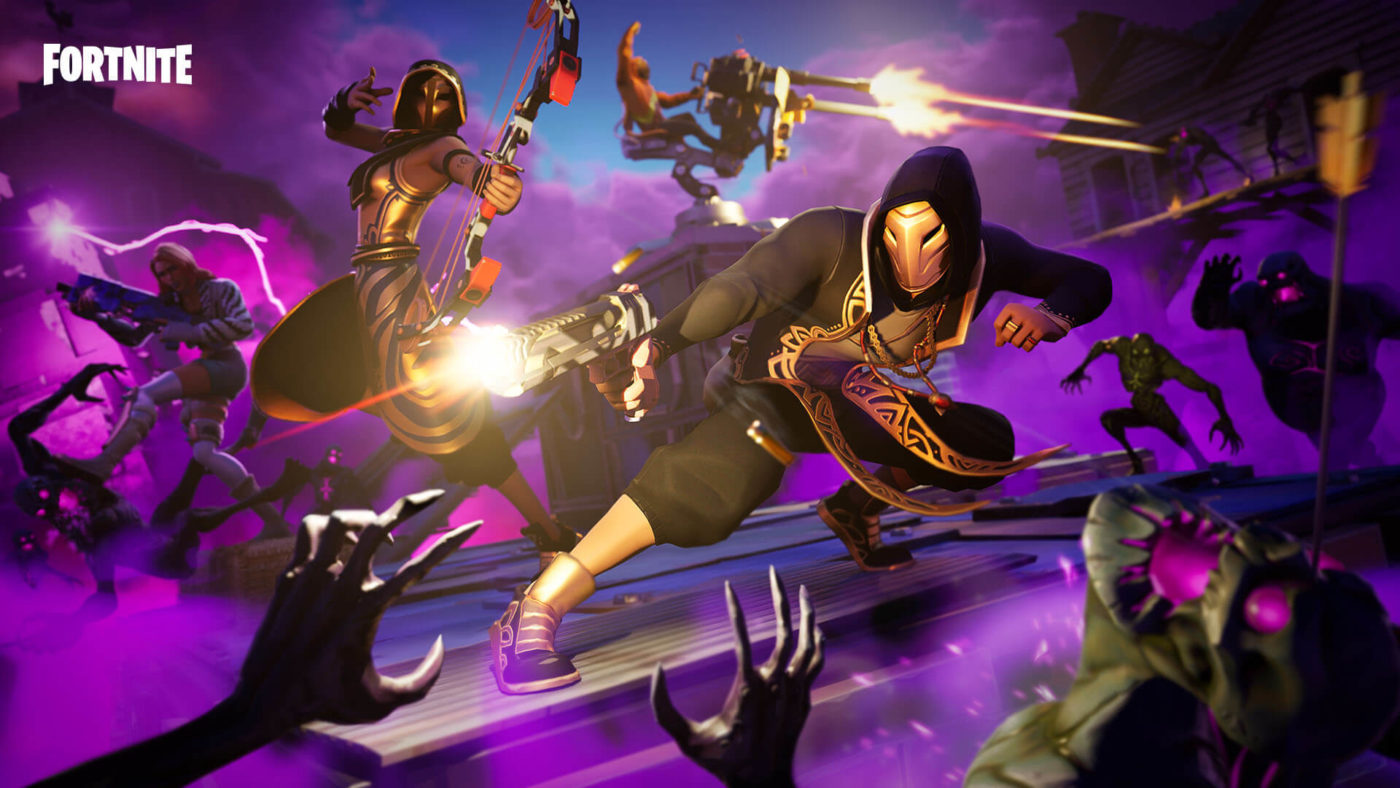 Proximity Grenade Launcher
It’s not a horseshoe or a hand grenade, but close still counts!

One Shot Duos
Low Gravity. Every player has 50 health. Sniper weapons are the only weapon, Bandages are the only healing item. Jump high and aim well!

Horde Rush
Fortnite Fiends are back on the island and angrier than ever! Fight alongside your teammates to rack up your score by finding hidden score multipliers, opening special loot chests, and eliminating as many monsters as you can. Traverse across the map, survive all of the Defend locations and take down the Final Boss to win!

We’ve noticed iOS patches have experienced delays appearing in the App Store recently. Apple has stated that any application can take up to 24 hours to appear in the App Store. If no update is available, be sure to check our social channels for more info.

Quantum Countdown
Step right up, and try to keep your attention on the teleporting bomb.

For the list of changes in Creative, check ’em here.