From Board to Screen, Multiplayer to Solo

Games, more particularly, board games, have played an important role for humanity over the ages.  For example, chess originated in Persia over 1,000 years ago.  So important and esteemed were the skills that went into chess that legends exist where princes of states on the brink of war would play chess to settle their differences.  Fast forward to the 20th century, and games like Monopoly, Risk, and Pictionary emerged.  Then, early technology companies made giant technological strides: by the late 1970s, Atari had created a gaming system that integrated with users’ TVs.  In 2020, advanced games exist, ranging from civilization building epic games to huge global action games like Fortnite.  The games of today use a variety of online platforms, weaving together a multitude of players spanning over several continents.  One thing that hasn’t changed over the years is the fact that games bring people together.  This is the inheritance of humanity’s legacy of games for gamers.

During the last 50 years, playing games was a social activity. Families and friends would gather around dinner or living room tables and partake in card games or board games; this was, and still is to some extent, especially true during the holidays of Thanksgiving or Christmas. However, with the advent of gaming consoles such as Atari, Nintendo, Sega, Play Station and Xbox, gaming transformed from a multiplayer social phenomenon into more of a solo one.

Early gaming consoles brought a plethora of extremely popular solo games that captivated the hearts and wallets of early gamers in the 1980s to 1990s.  These games included Atari’s Space Invaders, Nintendo’s Super Mario Brother series and Sega’s Sonic the Hedgehog.  Epic role-playing games (RPGs) such as Zelda, Final Fantasy, and Dragon Warrior emerged from this period as well.  The one-player nature of RPGs further cemented the solo games’ prominence.  While two-player games like Street Fighter, Madden Football, and Mortal Kombat did attain high-levels of popularity, video gaming was not considered truly multi-player.  This consideration changed, however, in the late 1990s, when Nintendo-64 released Goldeneye 007 (inspired by the James Bond movie at the time), a first-person shooter game that also allowed up to four players to compete against each other.  Thus, the social-element of gaming re-emerged, with friends and families making pilgrimages to each other’s’ houses for “Bond-nights.” 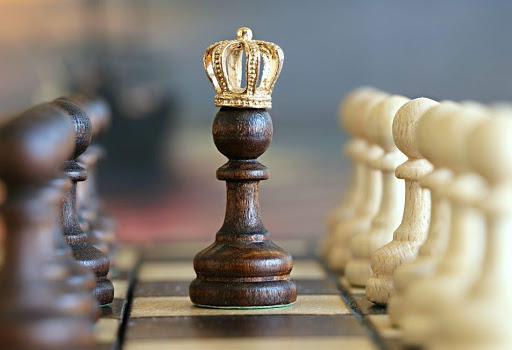 Multiplayer games now have gained considerable momentum, and many are flagship games for PC, PlayStation and Xbox.  Besides traditional gaming consoles and PCs, multiplayer games are also supported on smartphones.  Games with traditional RPG DNA such as Clash of Clans bring friends together as the games requires them to build a civilization and then duke it out, through the pixels, with other groups of friends.  While the RPG sector of the gaming industry has thrived, online casinos have also arrived in the multiplayer universe, bringing friends together and further buttressing the social element offered by multiplayer games.

Brick and mortar casinos have always provided a source of excitement for patrons.  Brandishing drinks in hand, friends gather around roulette and craps tables, frantically throwing dice or spinning wheels, all hoping to hit the jackpot.  The casino is also a place where both friends and strangers perch behind blackjack and poker tables, competing with each other for winning hands, money, and bragging rights.  Following the blueprint of multiplayer video games, online casinos are now bringing the excitement once where players can play a variety of games such as roulette, slots and blackjack for real money. All the fun of a traditional casino however from the comfort of your own living room and players can also have a multiplayer twist.

Technology now allows casino-goers to enjoy the casino experience online.  While many consider online games to be a solo endeavor, online casinos are integrating chatroom, instant messaging, and even live video streaming into their services.  As a result, many casinos are developing into multiplayer platforms, following a trend in the rising popularity of social gaming.  While solo games will continue to always boast an audience, multiplayer games will present attractive opportunities for many people.  After all, humans are indeed social animals, and the social element of multiplayer games appeals to humanity’s social nature.