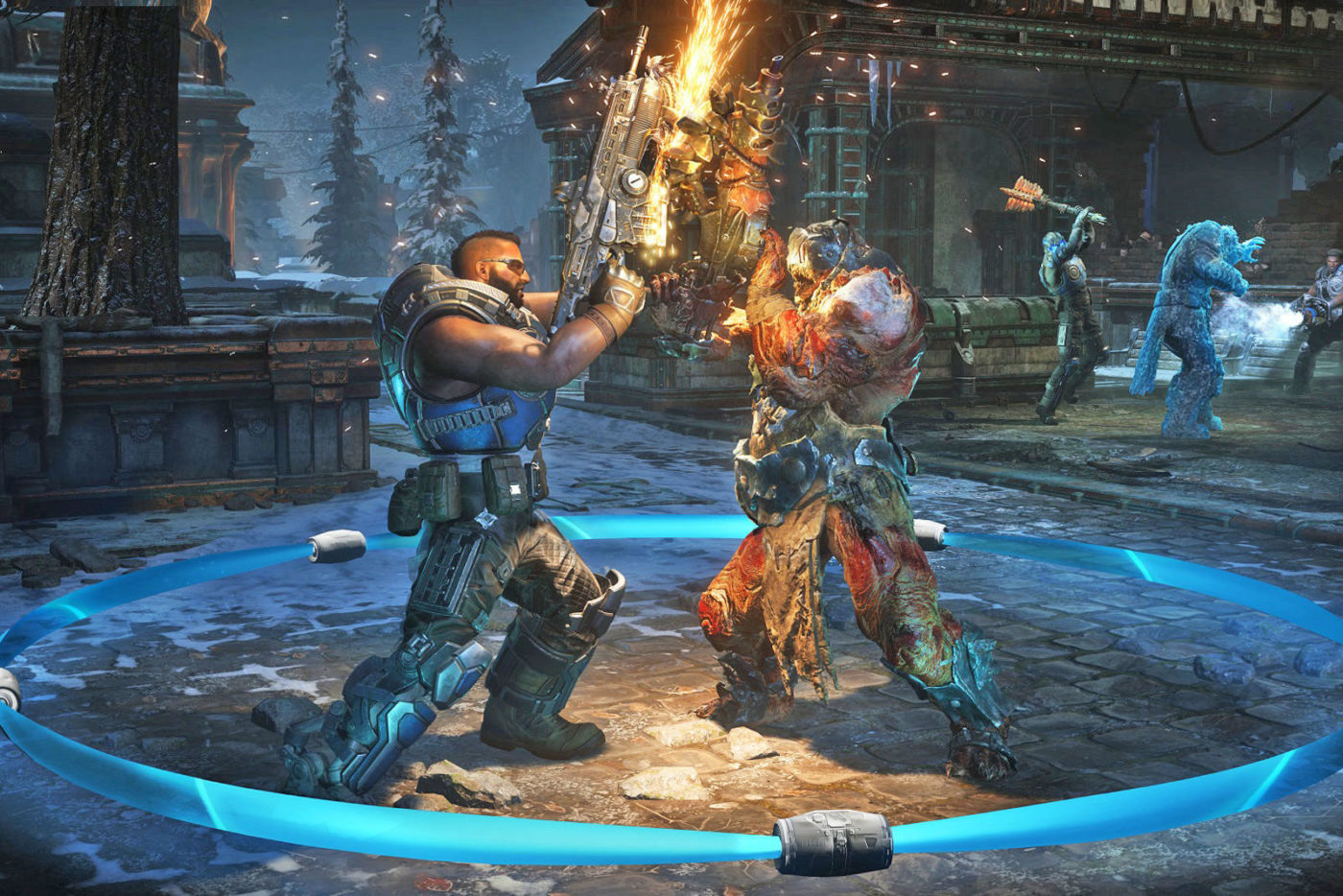 Ryan Cleven, Multiplayer Design Director for Gears 5, recently explained the details of a new aspect of Gears 5 multiplayer, the Gears 5 recoil system. According to Cleven, the new recoil system will create a much larger skill gap between high-level Gears 5 PvP players, and casuals.

This news came out as a result of the recent ELEAGUE Gears Summer Series Invitational, a pro Gears multiplayer gaming league. As part of the event The Coalition, developers of the Gears franchise, organised the very first professional tournament for Gears 5.

The Gears 5 pro tournament gave fans a first look at the newly updated Escalation mode, a video of which can be seen below.

However, what wasn’t obvious, or discussed, during the Gears 5 event, was the game’s new recoil system. Cleven admits that there was no opportunity to talk about this new system during the event, but wanted to make it clear that it was there.

Gears 5’s recoil system was brought about in an effort to bring together the competitive and core tuning sets in one place. Cleven says that King of the Hill mode uses the same recoil tuning as Escalation mode.

Cleven explains that the answer the team at The Coalition were looking for, when it came to the question of recoil tuning across core modes and competitive modes, wasn’t to make everything competitive. What they did instead, was create a tuning that they feel the entire Gears 5 audience will enjoy across the board.

With this single tuning, The Coalition hopes that Gears 5 PVP fans will find an experience they can enjoy, from the very first matches, all the way up to the pro leagues.

Before players even get to experience the new recoil system, they’ll have to play through the new Bootcamp Tutorial. The Coalition have released a preview of this tutorial that players must complete before they enter the hectic world of Gears 5 multiplayer, watch it below.

Bootcamp is designed to teach players the fundamentals of Gears 5 gameplay, running to cover, shooting from cover, and executing enemies. While some players may find it frustrating that they have to complete a tutorial before entering their favourite multiplayer modes, it’s a necessary evil for all of the new players who will join the ranks this September.

Recently The Coalition released a Gears 5 Beta Trailer, revealing that a tech test of the game’s Arcade mode will go live on Friday July 19 2019. Anyone who has pre-ordered the game, or subscribes to either the Xbox Game Pass or Xbox Game Pass Ultimate, will have access to this tech test.

For more news and updates on Gears 5 keep an eye on MP1ST.