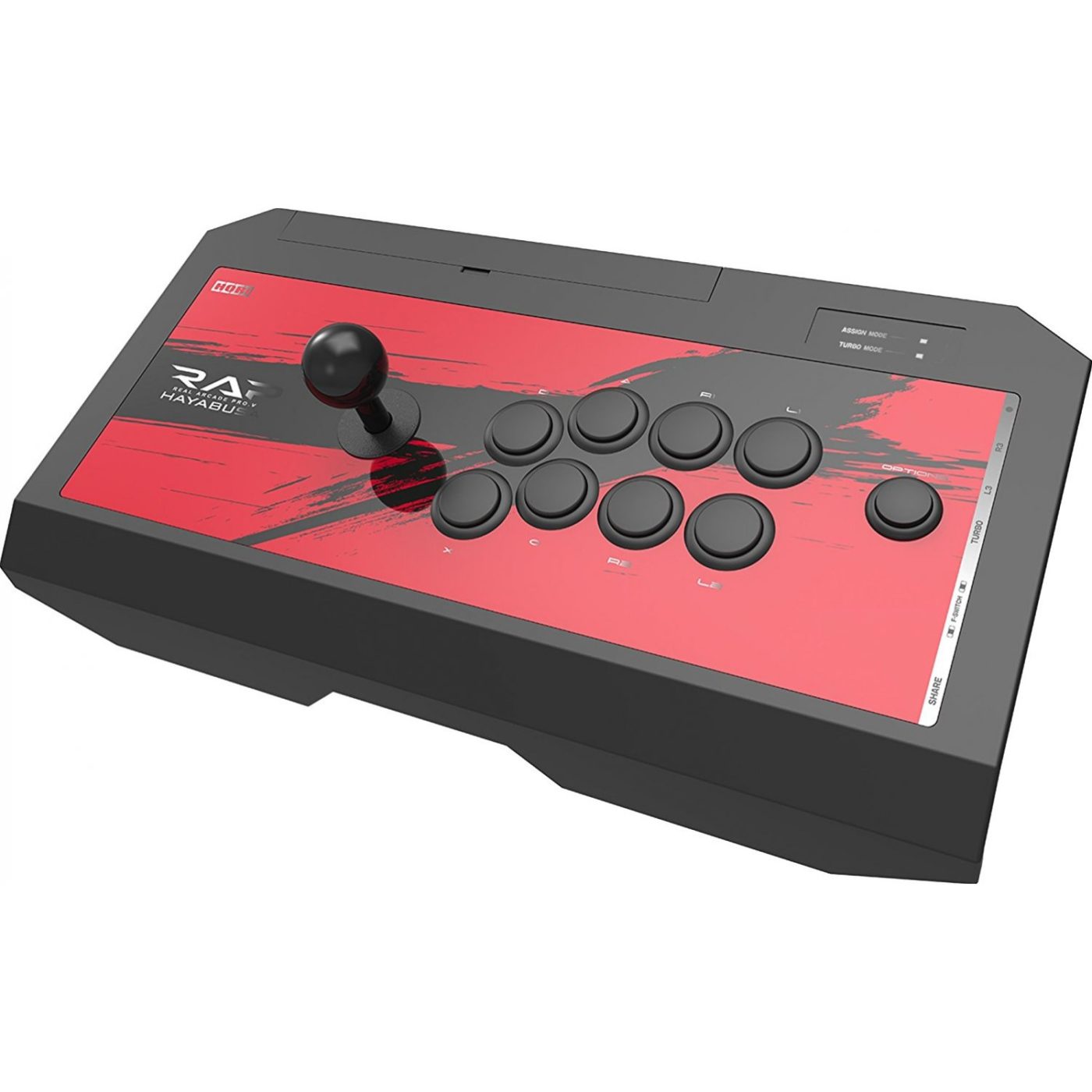 While fighting games can be played using a regular console controller, fighting game purists will argue that using a proper “fight stick” can’t be beat for pin-point precision when executing combos, special and ultra moves.

Thankfully, there’s a lot of choices for those who want an authentic arcade experience at home. One of these said choices is hardware maker HORI’s “Real Arcade Pro V Hayabusa” or more commonly known as the RAP V Hayabusa. Manufactured by reliable hardware maker HORI, the RAP V is the 2017 version of the same stick that was available for the PlayStation 3 back then, though this time, a headphone jack is included which was an oft-requested feature of the stick.

Same as with the older RAP model, the RAP V Hayabusa is once again built with HORI’s Hayabusa stick and Kuro buttons. If you prefer Sanwa parts though, that’s a matter of preference. Overall, the build is very sturdy, with my 50-pound three-year old even stepping on the arcade stick with no discernible effect whatsoever visually or in performance.

In case you didn’t know, the RAP V is cabled like its predecessor, though that most likely won’t be an issue given the generous 10-ft long cable, and the precision that comes with no controller lag from wireless controllers. Unfortunately, the upper tray that houses the cable is the lone sore spot in the stick’s build, since it feels plastic-y, and can be taken out completely very easily (which I’ve managed to do). 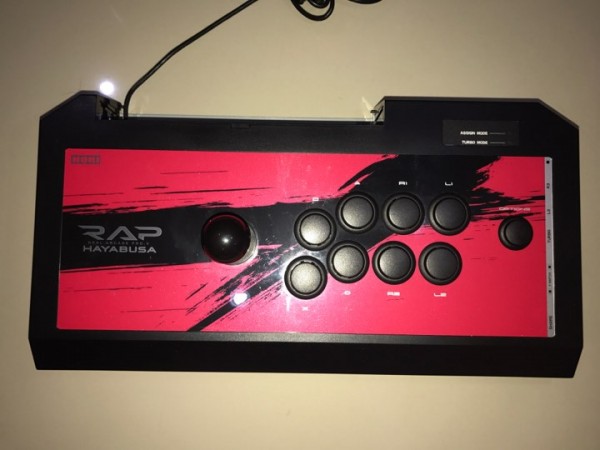 If you prefer to mod your arcade sticks, that might be harder to do with the RAP V given you’ll need to unscrew a lot. Admittedly, I’m quite happy with the stock sticks and buttons, nor am I hardcore enough to mod it.

Overall, the buttons might be a bit too clicky for some, but for me, it’s a welcome addition that reminds me of the time when I spent hours inside arcades playing Street Fighter II. The stick has a nice square-corner space of movement, which should feel at home for traditional fighting game fans.

During my review, I used the RAP V Hayabusa on Street Fighter V, Tekken 7 and Injustice 2. While it was arcade perfect with both Street Fighter V and Tekken 7, the same couldn’t be said for Injustice 2. Mind, I attribute this mostly to me not being any good with the game, and fumbling more often than not with Injustice 2‘s peripheral button-focused gameplay mechanics. It’s not like Tekken 7 or Street Fighter V, where the stick and six buttons are all you need to pull of any move, ultimate, etc.

Speaking of buttons, the RAP V Hayabusa also has turbo buttons if you need or are into that sort of thing. I personally didn’t find any need for it, but it’s a welcome addition that should prove useful to some fight fans. This can be located on the right side, along with buttons for PS4 Home, Share, and L3 and R3. It’s out of the way, yet still within reach if you need to get to ’em.

The RAP V Hayabusa has product dimensions of 18.9 x 11.4 x 5.9 inches, which means it’s one hefty stick. The size is complemented by the weight (around 6lbs give or take), that gives it a fairly solid base regardless if you’re using it on a desk, carpet, floor or even your lap.

If you are considering using this on your lap, be prepared to install your own foam or non-slip rubber to put on the stick’s underbelly. The rubber stoppers are good if you’re playing it on a flat surface, but having cold steel (or hot steel) on your legs doesn’t feel good — particularly if you wear shorts while gaming.

Possibly the biggest con with the RAP V Hayabusa (other than the cable cover being flimsy) is that the box and manuals are in Japanese, which says something about the arcade stick as a whole. Other than that though, the build quality is excellent, it’s perfect for different kinds of fighting games, and compared to the past version, there’s a headphone jack, too. Priced at a relatively affordable $150 at Play-Asia.com (without shipping), it’s definitely bang for the buck for fighting game fans, especially considering you can use it for not only the PS4, but also for the PS3 and PC (use the PS3 setting for PC).

Sure, there might be more expensive sticks out there, and cheaper ones are viable, too. But for something that just lets you plug and play without thinking of anything else, the RAP V Hayabusa is hard to beat.

Review unit provided by Play-Asia.com, check the banner below to go straight to the “Games” section . Use code “pixelenemy” at checkout to get $3 off your next purchase (terms and conditions apply).