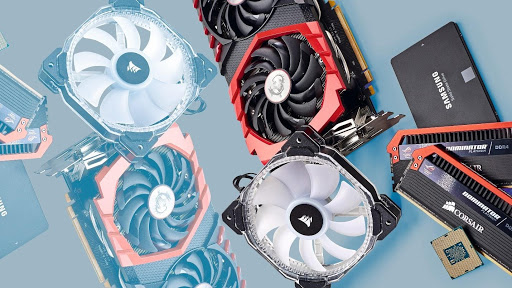 “PC hardware manufacturers and retailers are having to play by new rules and suffer higher costs in order to receive shipments of the latest components and peripherals into the EU post-Brexit.”

The biggest problem facing the European gaming industry- as a whole-is Brexit. Irrespective of how the United Kingdom has exited the European Union, there is a huge effect on the gaming business of the region.

The United Kingdom is the 6th largest gaming market in the world. It’s ahead of countries like France and Canada and all of South East Asia put together. But now, following Britain’s breathtaking decision to leave the European Union (the move most people call “Brexit”), the UK’s position as a mentor in gaming is at risk.

WHAT WILL BE THE IMPACT OF THE UK LEAVING THE EU ON THE GAMING INDUSTRY?

At this point in time, it is difficult to predict the precise impact of Brexit on the PC games industry. The United Kingdom has a rich history of small development shops coming up with significant modern content, and Britain’s exit and unexpected tax hikes are likely to strike the hardest indies and small studios.

Uncertainty in the political climate is the main reason for this. For those companies in the UK gaming industry, there is a lot to consider and to stay aware of, as it poses a significant threat to the long-term success of the sector.

However, the impact on the European PC games industry is negative. Compared to many sectors, the PC games business is already global. Reducing access to European markets and imposing barriers to hiring within the EU by putting an end to freedom of movement will cost companies, with rising amounts of red tape likely to affect the sector as well.

ARE THERE ANY ADVANTAGES FOR THE GAMING INDUSTRY FOR THE UK LEAVING THE EU? FOR EXAMPLE, THE VGTR (VIDEO GAME TAX RELIEF) WILL BE SWITCHED TO A MORE COMPETITIVE POST-BREXIT TAX RELIEF.

There might, possibly, be some minor benefits to the Brexit. VGTR could eventually be extended, and the government’s “Global Britain” ideology may open the doors to even more talent from all over the world.

There are, however, reasons why positive effects such as these are doubtful to occur.

First of all, sufficient political appetite and attention should be paid to expanding it further in the case of VGTR.

HOW CAN GAMING COMPANIES PREPARE FOR BREXIT?

Well, reading the guide is a starting point.

However, we would also suggest keeping a close eye on the political climate. It would be advisable to take further time to understand the potential legal implications of Brexit. It’s probably going to mean talking to a lawyer for businesses.

The United Kingdom has left the European Union. And like it or not, we’re all together in the same situation right now. Whatever the benefits of Brexit may or may not bring in the long-term to the PC games, there is no denying that the continual uncertainty surrounding the final relationship between the United Kingdom and Europe is bound to result in some muddy waters.

Broader business advice is possible on how the industry should prepare for the Brexit, but ongoing trade deal agreements mean that there is a sense of confusion in some areas. And that can only be settled by keeping up with current events.