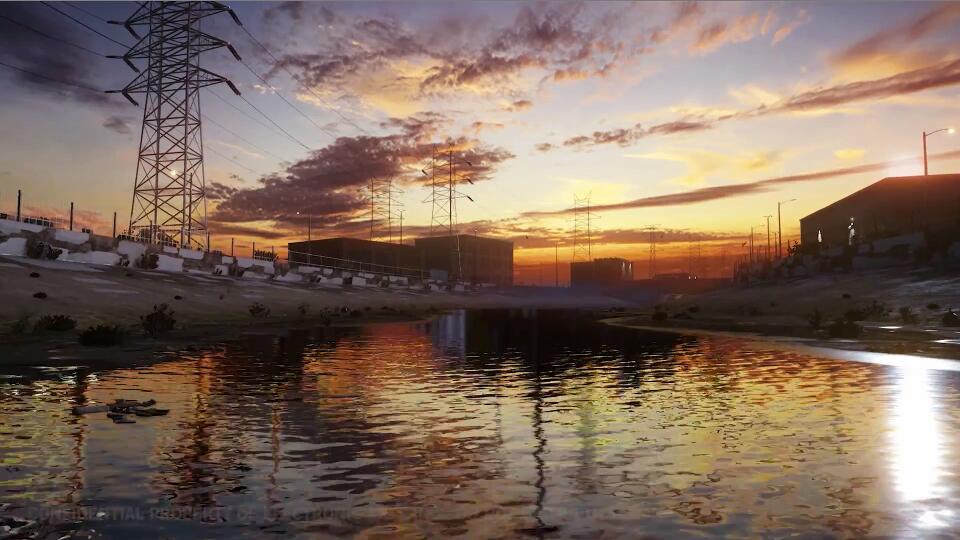 More Battlefield Hardline details slip through the cracks as a leaked 7-minute overview video covers almost everything there is to know about DICE and Visceral’s upcoming shooter.

Needless to mention, the video has been removed on a number of accounts, but not before multiple sources were able to gather loads of information.

The game is referenced throughout the video as “Omaha,” clearly an internal code name for the title that was used at one point in time. In it, the announcer tells viewers that EA studios Visceral and DICE team up to deliver a Battlefield in an all new setting, bringing the Cops and Criminals fantasy to life. It’s split up into multiple sections, including details on multiplayer and single player.

The video opens with criminals zip-lining from roof top to roof top. They are later seen scaling up to a bank’s roof top using the grappling hook. It appears that maps takes place primarily in American urban settings. Much of the combat appears identical to Battlefield 4’s with similar weapons, including the M16A3 Assault Rifle and UMP-45 PDW, however, combatants are appropriately dressed to depict the war between Cops and Criminals.

Here are some of the game modes described in the video:

Locations like the inside of a subterranean grow lab, a bank vault, and areas Los Angeles are depicted. An overshadowing sand storm is also seen engulfing a large desert map as players fight in near-darkness. An attack plane is also seen flying overhead. It is said that multiple Levolution events will affect maps and gameplay while the multiplayer aims to offer a ton of visual diversity.

Players will equip military-grade weapons along with fiction-inspired weapons like sawed-off shotguns and tazers. Zip-lines and grappling hooks can be used on any map anywhere and are touted as an effective anti-camper device. Available vehicles include motor-bikes, muscle cars, police cruisers, counter-attack trucks, boats, planes, and armed choppers. No mention of tanks or jets.

In Hardline’s single player campaign, you play as Nick Mendoza, a young Miami detective who gets caught up in a few personal moral dilemmas. He embarks on a cross-country quest to seek revenge against once trusted partners on the force. Cutscenes boast some rather impressive facial animations and voice acting.

The campaign draws influence from popular television cop dramas, and each level is structured like an episode, “cliffhangers and all.” Characters are casted by actors from shows like Justified, The Americans, and House of Cards.

Environments are wider and more open. Enemy AI is also redesigned from the ground up. Episodes can be played multiple times and in multiple ways. Players can investigate using Nick’s police scanner, including highlighting enemies. It’s also possible to scan suspects for outstanding warrants, using the money for unlocks.

At of this writing, you can still find downloads and gifs over at NeoGAF. However, E3 is just around the corner if you feel like holding off and waiting for a proper reveal. It’ll be interesting to see if EA’s presentation will differ from what was leaked earlier today.