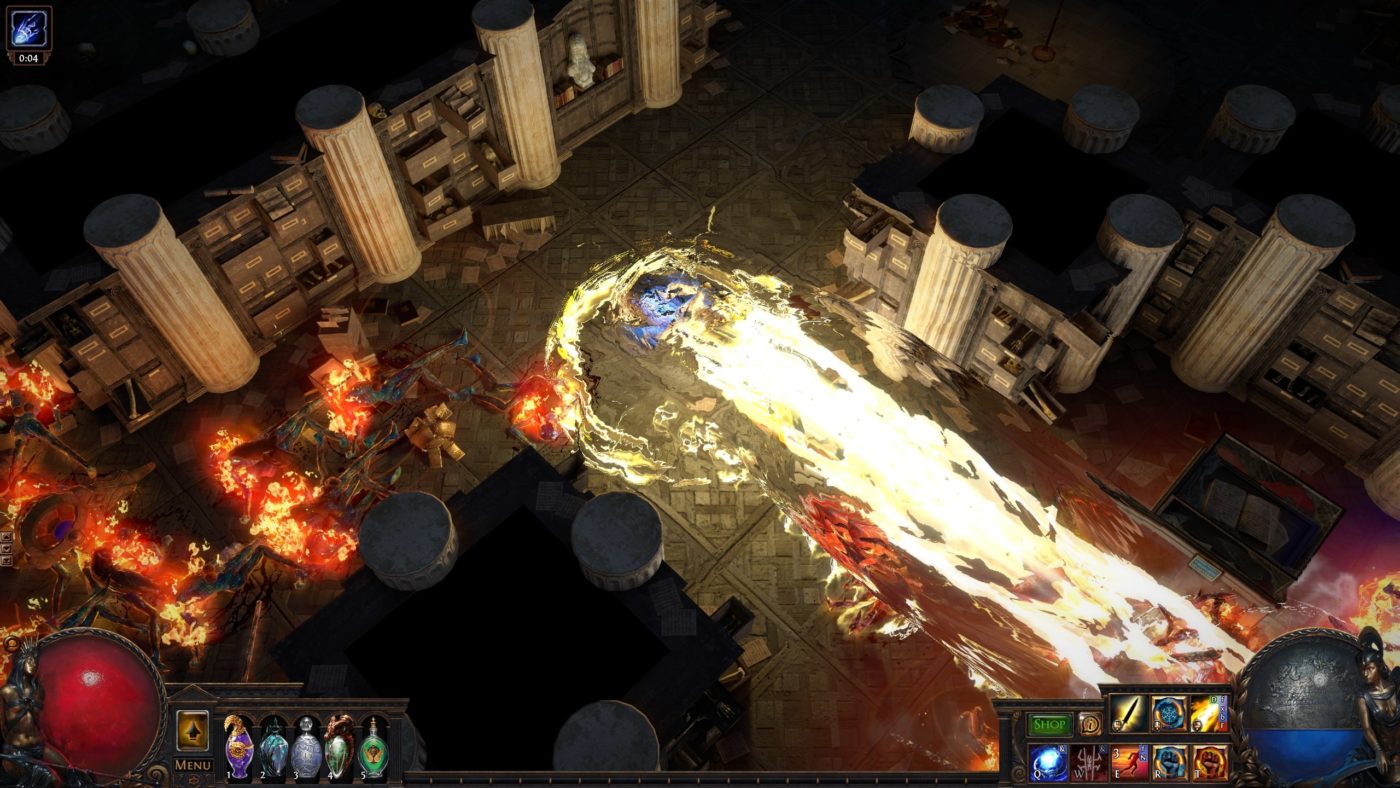 MMOs are curious games. As long as there’s a consistent player population, the only thing that could possibly end it is the developer’s decision. In that way, they’re really never-ending. Similarly, if they can’t get enough players to play it, they never get off the ground in the first place. Path of Exile has been running for seven years, and it owes its success largely to its fan base.

To emphasize that point, the game kicks off 2020 with a new expansion and challenge league, the Metamorph League. With new and updated mechanics and features, the game is still going strong. However, Grinding Gear Games‘ plans run further than that. They’re planning four expansions for each quarter of the year! That’s more opportunities for adventure and collecting PoE orbs. More challenges await! Let’s look at the things we can expect from GGG.

Path of Exile 2 is not a standalone game. It works effectively as the 4.0.0 patch of the game. It will feature a brand new campaign, a new physics engine, and better graphics. There will also be better graphics and animations. Once it’s out, players have the option to play through the old Path of Exile campaign or the new one. Your characters on the former won’t be used on the latter. You’ll have to create new ones. Luckily, any microtransaction PoE items you’ve bought beforehand will be carried over.

You can expect news about the Path of Exile mobile port as well. Whether they decide to release the port or not will be decided then. As it stands right now, it is still too experimental and the developers haven’t really decided what it is yet. You can expect news when they finally figure things out. Be patient!

If you consider the disastrous reaction to the mobile port of Diablo, you can forgive them from being a little cagey about it. The circumstances may be different, but you can’t deny the fear that the same thing can happen when you try something similar. Then again, you can’t predict how people will react. At any rate, we’ll have news sooner or later about this.

2020 is shaping up to be a good year for Path of Exile. There’s much to look forward to. The planned expansions, a sequel, and possibly a mobile port, are only just part of what’s in store for fans. Anyone who enjoys the game will have enough to keep them busy for the year. Veterans and newbies alike should look forward to better and better things.

Here’s to another year of action-packed adventures and successful farming of PoE currency. Continue enjoying Path of Exile!