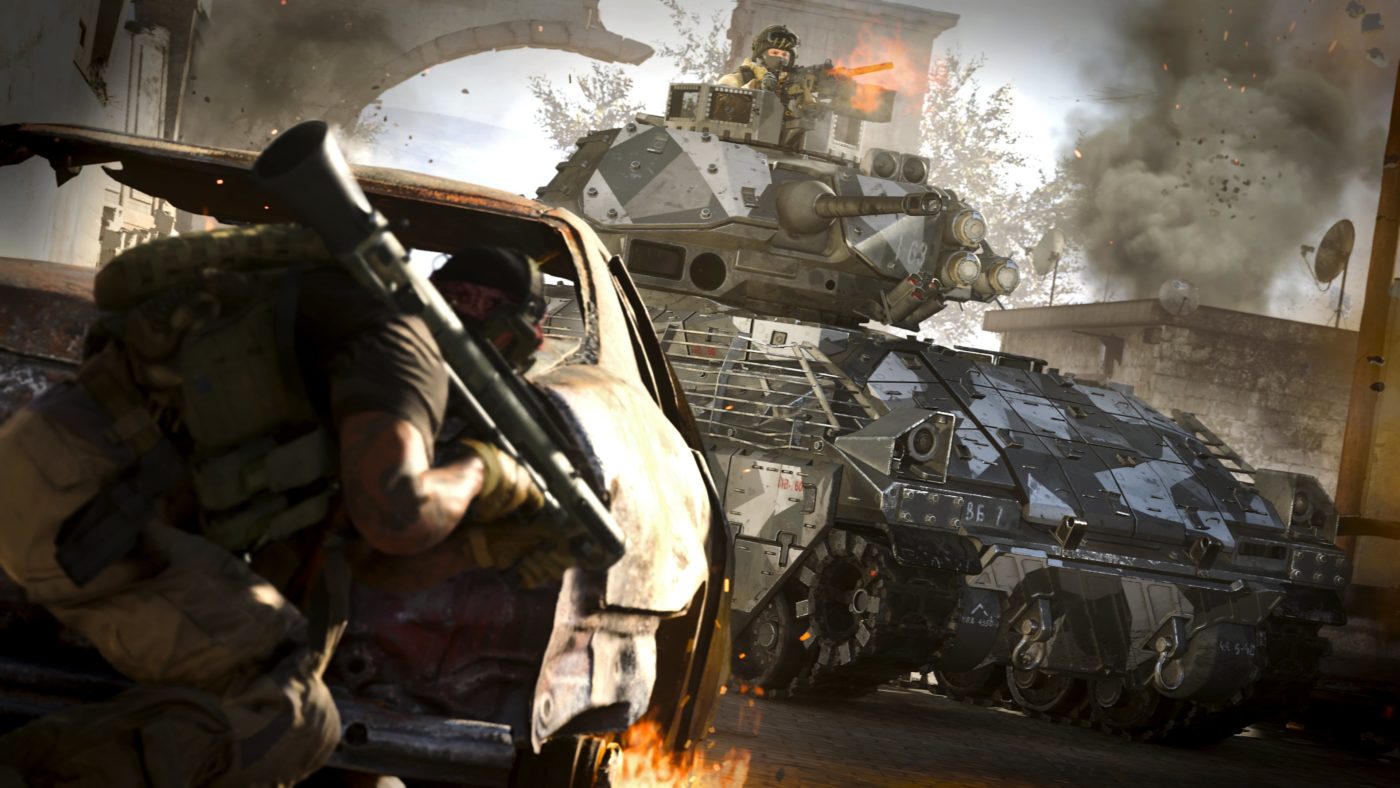 In case you didn’t know, the Call of Duty: Modern Warfare beta featured the franchise’s first take on large-scale, all-out warfare with its new 32v32 Ground War game mode. Not only that, it even featured vehicles as well, though we only got to see a tank and ATV available. Now, it’s hard to see play this mode without comparing it to the game it’s obviously trying to ape, and that’s the Battlefield franchise.

When gamers think about large-scale combat in shooters, chances are, the first game in their mouths will be Battlefield and with good reason. Starting with Battlefield 1942 way back in 2002, the franchise has constantly redesigned, refined, and improved its core gameplay formula, but the one thing that remained constant was, it featured large-scale infantry combat.

In Modern Warfare, it’s clear that Infinity Ward is going after Battlefield’s crown. Now, the big question is: should Battlefield — and in turn, DICE and EA — be worried? 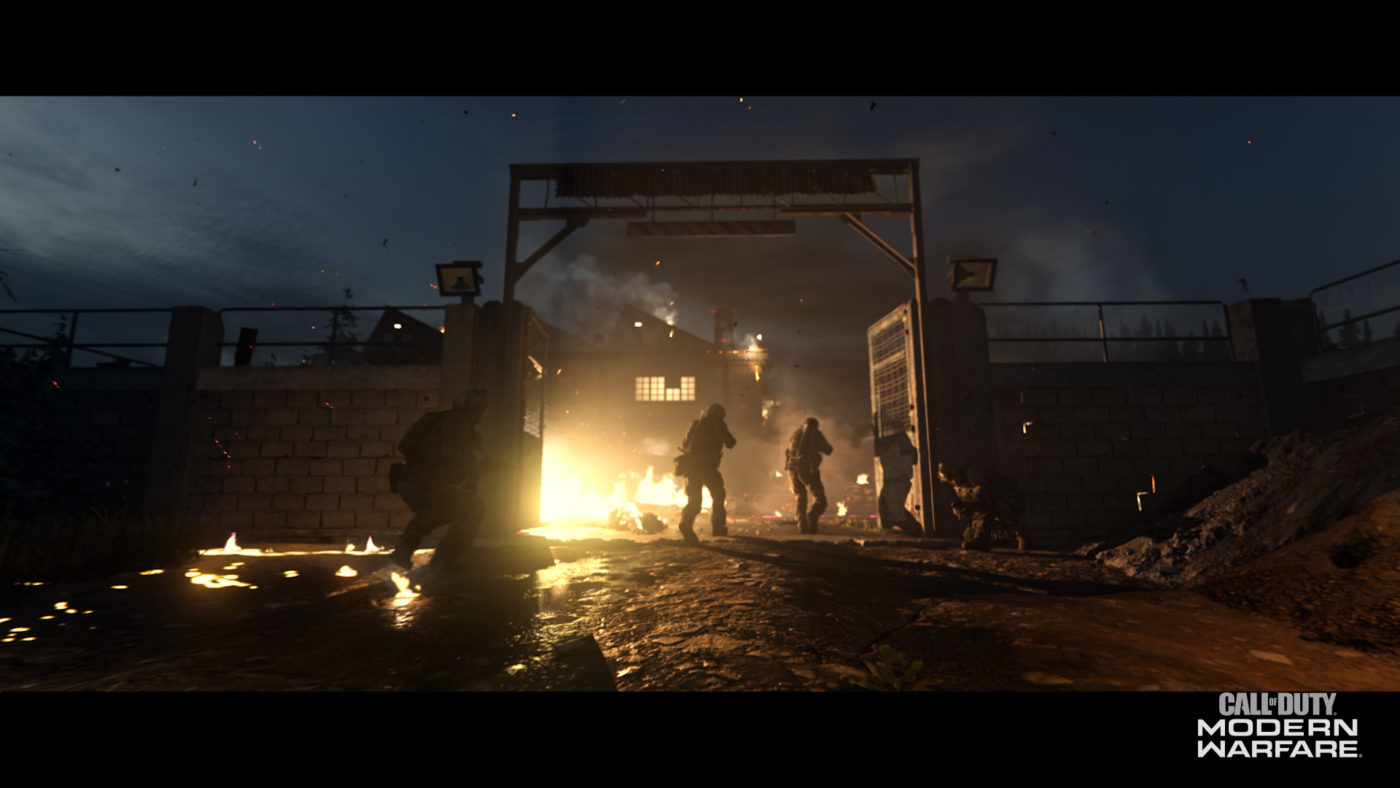 I absolutely loved the Modern Warfare beta, as it showed that Infinity Ward isn’t afraid to shake up the series. Taking a more realistic approach, the gunplay is far slower, yet at the same time just feels right. I found the TTK (time-to-kill) to be right in that sweet spot with it not being a first to shoot win scenario or one that drags on forever. The maps could have used more work in terms of lane balances along with spawns, but for the most part, what was offered in the Beta I thoroughly enjoyed, well almost everything up until the final days where they introduced the large scale 32 vs 32 Ground War Mode.

Coming off from all the previous game modes in the beta, I was rather excited to try out Call of Duty’s take on the “Battlefield” experience. Spawning in, seeing the sheer size of the map and supporting 64 players (more is planned) I was pretty blown away by it, considering Call of Duty has never really done anything of the scope outside of the Battle Royale mode found in Black Ops 4. That excitement however quickly faded away as I began to approach the main capture points in the mode.

Not doing any comparison with Battlefield, the large scale Ground War mode felt rather rushed and thrown together in hopes of trying to innovate the series to stir talk. For starters, it was pretty lag-filled, though I can excuse that being that it was a beta test. Being in a squad, I never felt so much that I was a part of an actual squad, more so the ever-growing body count. This was mostly due to how the spawn system worked as countless times I found myself spawning right in front of the enemy’s hail of bullets, and the available map also wasted a ton of space, as it mainly focused on driving the players to its center due to the capture points being bunched up. Anywhere outside of the center were essentially sniper and tank territory, making it rather hard for a squad of people to push outside of that center rim.

They’re easy fixes, honestly, and could drastically change how the game mode is, but aside from that something I don’t see changing is the killstreak system. I may get a lot of flak for this one, but I honestly feel that they shouldn’t be in this mode. They’re far too spammy for the mode, and super easy for players to get, UAV, for example, feels like a wasted slot as there isn’t a single moment that they weren’t being spammed, along with missile strikes and even vehicle-based killstreaks. While the playing field offered vehicles such as tanks, helicopters, ATC, and more, it did seem like a rather odd inclusion to have vehicle-based killstreaks when essentially they could have balanced things better by having them as pickups from the main spawn base. Regardless though, all of this put together felt as if they were trying to recapture the usual COD experience from past games, rather than what they set out to achieve with the other modes. This may be a positive to many as some have found the slower pace action to be much of a derailment from the past core COD experiences.

I’m not saying that Ground War isn’t fun, because it can be, but in a comparison with Battlefield, it feels like a poor man’s version. The games obvious have stark contrast with one another, which is good because games shouldn’t all be the same, although I have always felt if someone was going to aim for a near-identical experience they should in the least take the parts that players enjoy and build upon it.

Call of Duty: Modern Warfare Ground War mode has a long way to go before it takes any kind of crown from Battlefield. I get that they aren’t the same game, but Infinity Ward has a good chance of doing it if they fix a lot of the problems found in the Beta. Although I should point out that Battlefield as of recent, really hasn’t boded well with the fanbase as many have felt that they have gone out their way to alienate them as much as possible. It doesn’t help that the current title is constantly being plagued with delays. So in a sense, while I feel Call of Duty isn’t aiming for that crown, DICE is practically handing it to them on a silver platter. If anything, DICE should be worried about DICE.

I admit, I’m a big Battlefield fanboy. That said, I do have a soft spot for Call of Duty, and is easily one of my most played games every year. When I first heard that Infinity Ward was doing something akin to Battlefield, I was ecstatic! Imagine having that tight Call of Duty gunplay, fluid 60 frames-per-second action, scorestreaks, etc., all wrapped up in full-on warfare with tons of players!

I played Ground War and I was hit with the hard truth: there’s a reason Call of Duty hasn’t rolled out a mode bigger than 9v9 players, and it shows. There’s more to creating a big-scale shooter than just making the map big, putting in tons of players and letting them shoot each other. You have to consider map balance, team balance, proper spawning mechanics for squads and capture points, how to balance tanks against infantry and so on. DICE has had decades of experience with this and it shows. While gamers might take the studio for granted given how Battlefield 5 turned out, the actual game balance for DICE’s games has been their winning formula. Sure, you’ll get decimated from time to time playing Battlefield, but more often than not, it’s by a more skilled player rather than something else. In Modern Warfare’s Ground War though? I felt like I died mostly due to bad gameplay mechanics mixed in with bad spawn points, killstreak spam and the list goes on.

Prepare to die instantly since the map has so many hide-y holes and pockets of straight of line visibility that lets enemies shoot you from miles away. Couple this with Modern Warfare’s fast time-to-kill (compared to Battlefield), and the game not having medics to heal you, well, you’ll bite the bullet more often than in DICE’s games.

I agree with Jimmy that killstreaks don’t have a place in this mode. This means that if a team manages to get a few killstreaks in, the score can get pretty lopsided for one faction. I’ve yet to play a game during the beta where it was a close one, as most matches devolved into who got what flags first, and which side managed to pull off killstreaks first.

Tanks seemed overpowered as well. Good tank players just camped out on a perch and took out dozens of enemies which shouldn’t be this easy. The vehicle controls didn’t feel as good as DICE’s games too, though that might be something that can be remedied with more playing time.

However, having said all these, I still think DICE should be worried. I mean, Infinity Ward has a lot of work cut out for them, but the fact that the studio is aiming down their sights to take Battlefield’s crown? And couple in how BF5 has been a disappointment so far? Players could easily switch sides if ever a Call of Duty managed to pull it off.

There you have it. What do you think? Should DICE and EA be worried that Call of Duty seems to be taking a shot at their crown? Let us know your thoughts in the comments below.