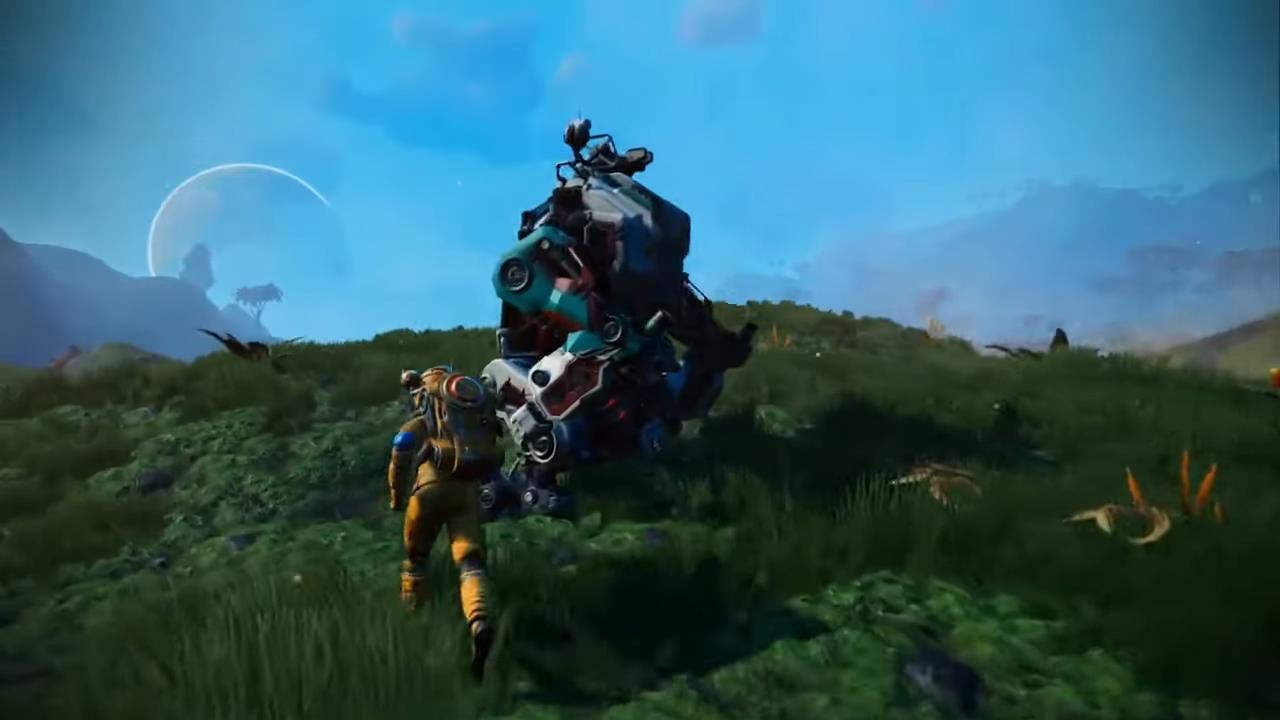 No Man’s Sky update 2.40 has just been deployed, bringin with it the surprise introduction of mechs! The update weights a little over 11GB on the PlayStation 4 & 9GB on Xbox One (Steam version yet to deploy),  and while no patch notes have gone live yet, players are starting to see some noticeable changes.

For starters, there are new craftables, which are:

Orbital Exocraft Materialiser – Allows players to summon any Exocraft while in the same system of their freighter. To build it, you need 3 warp cells, 150 gold, and 50 ionised cobalt.

Electrical Cloacking Unit – This craftable will now automatically hide wires that are scene on base building!

Minotaur Heavy Exosuit Hybrid – This one happened to leak earlier via trailer, but No Man’s Sky not has Mechs! There’s no quest lines tied to this, all you need to do is simply travel to the Nexus and trunks in the required materials to claim it. Easy enough.

There are more changed that have been introduced, though as stated, Hello Games have yet to release the patch notes. We will be sure to update this post once the studio  releases the official No Man’s Sky update 2.40 patch notes, so make sure to check back later.

If you spot any changes, let us know what they are down below.

EXOCRAFT QUALITY OF LIFE AND OTHER FIXES

BASE BUILDING QUALITY OF LIFE