Online Video Games With Characters You Have Never Seen

It is a popular series encompassing life simulation video games. Maxis is the developer of this video game, and Electronic Arts are the publisher of this series. As of now, the franchise has sold approximately 200 million copies across the globe.

It is an amalgamation of character traits and needs that happen to surround their environment unexpectedly. And if there is no godlike hand of players to guide them, the players are more likely to break things and make a mess. Sometimes, it is hard to figure out if they are humans or not.

The Prince From Katamari Damacy

The Prince is popularly known as the Prince of All Cosmos or Dashing Prince. It is the main character as well as the silent protagonist of the series Katamari. This playful character is the son of The King and Queen of all cosmos and Papa’s grandson. Although his voice is too low to be heard, the Prince has a reputation for being cute.

Moreover, throughout the series, he is entrusted with the task of spinning the Katamari for creating celestial bodies or filling requests. Once the Prince was given the task to rotate Katamari to form stars for the King, and when he realized his doing, the Kings sent the Prince to Earth. He was sent with a Katamari and instructions about the stars that he needs to make.

Pit or Pitto is a popular fictional character as well as the protagonist of the reckoned video game series – Kid Icarus. This video game debuted in 1986 on the Nintendo Entertainment System. This character has made an appearance in many games including Kid Icarus Of Myths and Monsters, Kid Icarus: Uprising, Super Smash Bros, Captain N: The Game Master, etc.

Coming to the distinctive characteristics of the character, he can jump, shoot enemies, and leverage ability-enhancing objects. The characteristic of this character is a combination of Icarus and Eros. After a massive design update for his addition to Super Smash Bros, the design remained standard.

Equipped with a Peacekeeper revolver, the McCree offers justice in his own unusual terms. He is already a well-reckoned member of the Deadlock Gang that illicit traffic weapons as well as military hardware. With Mcree’s expert resourcefulness and marksmanship, the character was given a choice between joining Blackwatch and maximum-security lockup.

While he was cynical initially, Mcree later believed that he could make amends for his wrongdoings by removing injustice from the world. The character liked the flexibility provided by the Blackwatch. There are various skins and abilities that you can unlock as you move ahead in the game.

He is a Bosmer Commoner who lives in Seya Neen. Due to its size and diminutive nature, the character is constantly shaken down by the Hrisskar Flat-Foot, the Imperial Legion’s Watch Captain. He likes to place his possessions in a barrel that is placed on the door, which goes to the Census and Excise’s second building.

Hrisskar, during the Nreevarine’s return he stole the magic ring of the family and placed it on the barrel. Generally, this barrel is looted by beginners, while Fargoth will also look for it. And if he gets the ring, his disposition will further increase and put good for the Nerevarine. 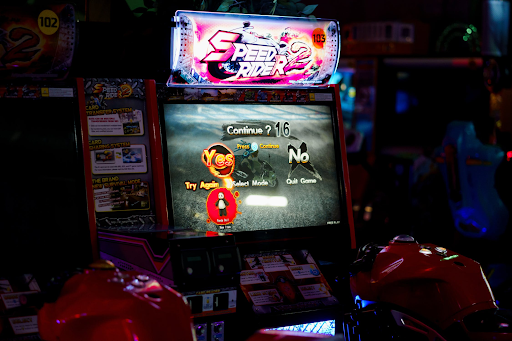 He is the protagonist in the popular game series Earthworm Jim. For a majority part of his life, the character lived an ordinary life as an earthworm eating dirty, fleeing from hungry birds, and crawling around. But one day, something happened that changed his life forever.

Psy-Crow, a scary bounty hunter, was traveling to deliver ultra-high-tech-indestructible-super-space-cyber-suit but got in combat with another spaceship and lost the suit in the airlock. The suit fell somewhere far on the land. In his attempt to flee from the hungry crow, Jim took refuge in this suit. The atomic particle of the suit affects his flesh, transforming him into something massive and powerful.

He is the protagonist of the popular series Rayman. This magic being is known for his determination and courage. Rayman and his friends are always on the quest to save the world from different villains. Since its launch in the year 1995, the game series has become quite popular worldwide. And Rayman also has his trademark lack of limbs and helicopter power.

The second protagonist of the Donkey Kong series, Diddy Kong, is also called Diddy. He is a spider monkey and is the nephew and sidekick of Donkey Kong. The character first appeared on Donkey Kong Country, where he was asked to protect the banana hoard while Donkey Kong takes a nap. When protecting the bananas, he was caught and sealed by the Kremlings. Later Donkey Kong went to free Diddy, and both of them combated King K. Rool and recovered their stolen bananas.

We all love to get a free bonus on True Blue Bingo review sites time and again, but the characters of the video games also stick with us and add to the loyalty factor. Ever since video games have been invented, we have come across tons of characters. Some characters struck a chord in our hearts, while others failed to make an impression. Above are some of the strange yet loving characters of popular video games.