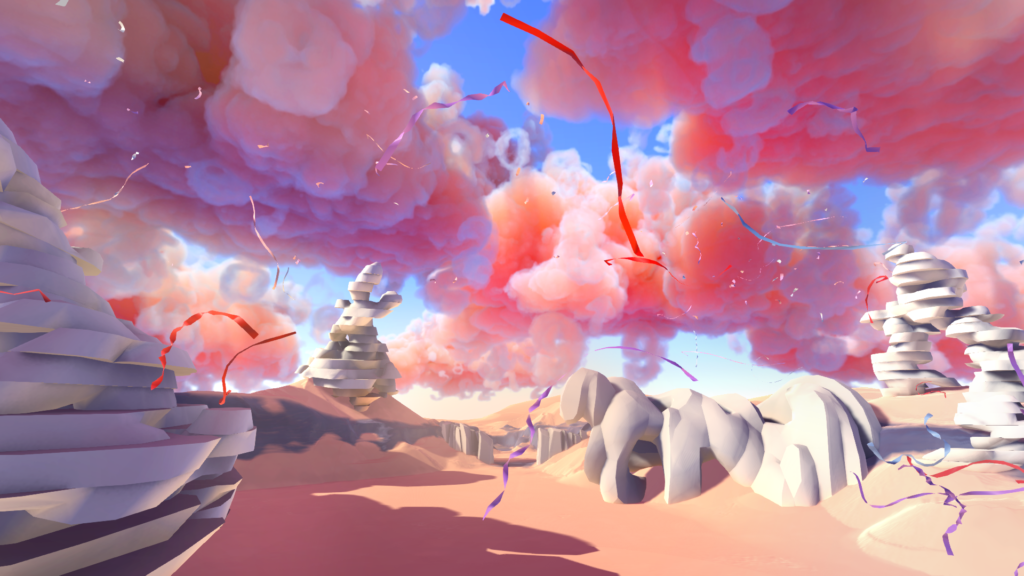 If you are reading this article, you were definitely interested in finding a bunch of fresh news about a non-VR version of Paper Beast! But as long as you have heard a little about it, we have collected all the information you have to know about this amusement.

These days, a lot of video games are released almost every month; this unusual game is being widely discussed in most computer communities. The trailers are already released, and thousands of gamers imagine themselves playing this captivating game.

Paper Beast is a virtual adventure in the real physical model of a surreal world inhabited by paper creatures and plants. A player dives into this world after a quick and fascinating introduction. You can then find yourself in the middle of the desert, accompanied by a huge paper creature. Let’s check what benefits when you become one of those who test a new version of Paper Beast.

Millions of fans are looking forward to a chance to plunge into the magic paper animal world. Therefore, the developers decided to break down the wall of silence on that issue and give the full information.

The release of Paper Beast Folded Edition on PC will take place on October 20, 2020. The French studio Pixel Reef announced it on its official channel. Folded Edition is a version of the game Paper Beast, which does not require a VR-set. The original game is still considered the new one as it was released on virtual reality devices in spring 2020.

It had a big effect and got thousands of positive feedback from users throughout the world. Could you imagine how many students were ready to get rid of their college assignments and trust them to the writing services seeking an expert to pay for math homework?

VR attracts more and more followers worldwide. And if this relatively new thing doesn’t take you over, you might like experiencing adventures in the non-VR edition. Being one of the first travelers, you can explore the magnificent living world, changing the game environment to overcome various barriers and solve tricky puzzles. From the very beginning, you can make sure that this entertainment will not leave you indifferent.

As soon as you start an extraordinary adventure, you are ready to interact with cute creatures and be involved in the mysteries of Paper Beasts, created by Eric Chahi, the developer of Another World and From Dust.

The gamers who could evaluate this game’s VR world expect that the non-VR edition will be as great as the original game. The Sandbox is the second world of Paper Beast that is worth your attention.

Do you have a vivid imagination? Feel free to rely on it and create an interactive living ecosystem. You have an opportunity to pick up a particular environment type, change weather conditions, and experiment with the laws of physics in real-time. Sounds fantastic? Now you don’t even need to have a home mini-lab to do experiments. All you need is to try a non-VR version of PaperBeast.

This game is suitable both for teenagers and adults who need to have a change of scene. Playing the game, you interact with creatures and see how they respond to changes in their environment. What if you notice something new in their behavior and can take advantage of it?

The creator of the game, Eric Chahi, described the system in more detail. He explained that the most challenging was to create animals moving as real creatures with muscles and bones. This technology became the game core. The special program lets calculate the creature’s movement in real-time, and thus, the beast can respond to user actions and make him feel like in the real animal world.

You might think that new technologies allow you to make any creatures in any world, but in fact, the rules of physics still exist and are used by developers in the creating process. So, due to this game, you will be able to learn something new that you are not taught in school classes.

The main character can manipulate and help the animals. For example, you can climb a slippery slope by pouring sand on it. It should be admitted that the adventure you will dive into is unique, full of surprises and unexpected events. Thus, the game world is bright and encourages us to move forward without hesitation, as every new step reveals new opportunities and makes you achieve high levels.

This goal of Paper Beast is to create something new for an ordinary person and give everyone a chance to become a part of the fantastic and imaginative world and join its smart inhabitants and spend high-quality time!