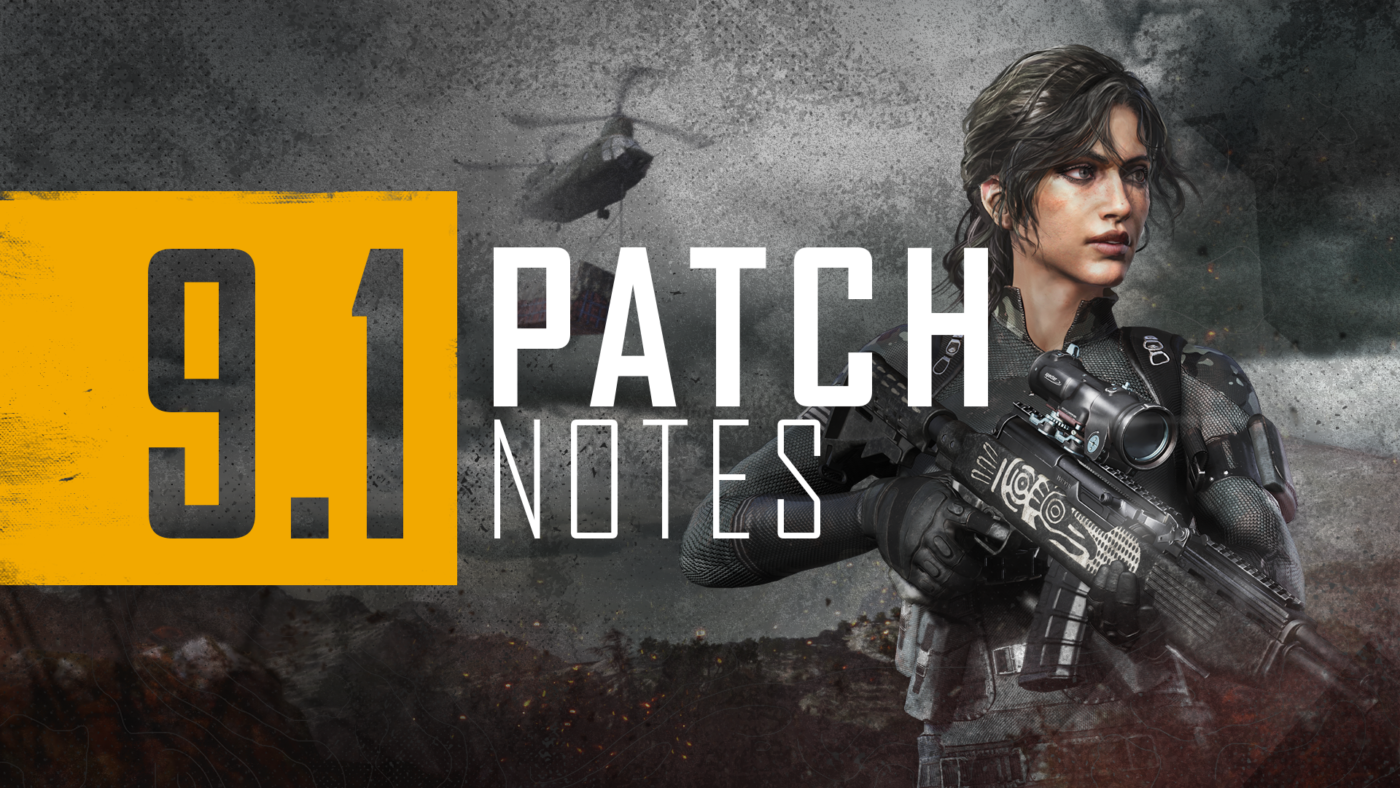 PUBG Corp. has released the PUBG new update 1.54 today, and it brings Season 9.1 into the battle royale title for consoles. This is a hefty update which includes a new map, features, gameplay changes and more. Head on below for the patch notes.

Cradled hidden among the clouds in the highlands of South America lies Paramo, an ancient land with ancient secrets. Paramo’s dangers are plentiful, but none so dangerous as the active volcano nearby whose molten lava streams flow across the land. Survivors dropping onto the Paramo Battlegrounds will only be able to reach the highlands via helicopter, which also have the task of distributing Care Packages around the field. Paramo is a 3×3 map with a dynamic world new to PUBG. This dynamic world system alters locations between matches, making every trip to Paramo a unique experience. Read on for the full details!

Due to our new Dynamic Map Locations system, Paramo will be provided as a Seasonal Match separate from current matchmaking pool.

Ranked Mode just got a little more solo friendly with the introduction of Ranked Solo queue. You’ll now be able to take on the Ranked Battlegrounds against other solo players as you climb the competitive ranks.

A new ranked season has begun. Ranked rewards earned from Season 8 will be granted to your account upon login. For more information on the rewards, see our ranked rewards announcement.

For the following regional modes, we’re lowering the minimum rank required to display on the leaderboards from Diamond 2 to Gold 5:

This change has been made to ensure each region has a sufficient percentage of their player base displayed on the leaderboards.

This update to regional queues adds a Solo option to Ranked. In addition, we will now begin adjusting the available queues on a per region basis in an effort to deliver the best experience possible to each region.

When players go to select a game mode in either normal or ranked sections, they will see that the options that are available will be different. At a minimum, the changes will include the addition of a solo ranked option, but depending on the region they may see different combinations of options available in terms of team size, perspective, and ranked/normal matches.

For the game modes available for each region, please see below.

After the weapon balance adjustment from patch 7.2, we have been receiving lots of feedback from players on how Beryl and SLR are too strong compared to other weapons, and our data has showed that Beryl and SLR were indeed dominant picks among our players. The PUBG team are working on plans to allow players feel more free to choose their weapons based on their surroundings or strategic goals.

With this 9.1 update, we will be making some adjustments to Beryl and SLR. Please note that this won’t be the last update and we will continue to have in-depth monitoring and analysis to provide best gameplay experience.

Survivor Pass: Highlands loads you up with the looks you need to explore Paramo’s mysteries. Unlike previous passes, Highlands will run for a reduced duration of 2 months but is also easier to complete with only level 50 needed to receive all its rewards. Drop in early to hit the ground running and claim your great Paramo-themed rewards.

With the specially offered Highlands packs, you can enjoy the very best out of the Survivor Pass: Highlands.

A long-requested feature from our community, Custom Match now has observer functionality in almost all of its modes. You can select the “Observer” slot in the custom match lobby to enter the game session as an observer. Detailed observer settings are available under “System Menu – Settings – Gameplay – Observer”.

We are glad to introduce the new ‘Match settings’ feature. You will be able to toggle around through a wide range of game options, such as the Blue/Red Zone, detailed settings on reviving and Flare Gun Package Settings and so on. Features like saving presets and more will be made available over time.

The Framerate Priority setting has some exciting changes this time around. The frame cap is now lifted to 60 FPS and the screen resolution will be set to 1920 x 1080 to increase framerates. The new Framerate Priority is available on Xbox One X and the PlayStation 4 Pro, and we are investigating ways to bring the lifted frame cap to other console devices as well. Stay tuned.

To resolve the long loading issue, the match beginning time for all maps in Normal mode will be increased to 90 seconds from the previous 60 seconds when Update 9.1 arrives on live servers.

We’ve added a new News page to the client, which will include helpful info on game contents, promotions, maintenance as well as community messages. All the PUBG info you need in one convenient spot!

It has been difficult to distinguish whether a party member had disconnected or was still in a match and we’ve now improved the information displayed right above the characters to share more clear information on their status.

“Back in August 2020, we had our first Open Dev program where we asked our community to try the Custom Key Binding feature ahead of release and give us early feedback. Custom Key Binding was a tricky feature to develop, but with Open Dev, we were not only able to figure out what you wanted in terms of game controls, but were also able to discover design issues that we weren’t expecting.

To all those that were in the Open Dev program, we would like to thank you for participating. This feature wouldn’t be what it is without your help. And of course, even though the Open Dev program is over, that doesn’t mean we’ll stop receiving feedback on this feature, so please let us know if there’s something with Custom Key Binding you would like to improve upon.”

You will now be able to bind an action to a key you prefer, as well as make actions activate through button hold instead of tap and vice versa. For example, you can customize the jump and the parkour on different keys and (Tap) to reload in lieu of the traditional (Hold) to reload. But please note that some key binding combinations are restricted as we found that some don’t even allow you to play the game normally.

We have added a guide image to help you set up the right brightness for an improved battle royale experience.

The above screen will greet you when you launch PUBG for the first time. Once you set your brightness preference, it will remain the same unless you adjust the settings under the “Settings – Graphics – Brightness”.

Also, we have added a guide image in the map brightness settings to help you to get an idea of what your brightness will look like on each map.

Ever since the introduction of the AI to our game we have been reviewing the community feedback and at the same time, collecting/analyzing data. As a result, we are now ready to announce some changes to the system.

We have made changes to the ratio of the AI in Normal Matches for those in the higher MMR matchmaking groups. Long story short, now you can have sessions with only human players playing. The session will wait 5 minutes until 100 players(64 for Karakin) have filled up and if it fails to fully fill up, only then the rest number of slots will be filled with bots. Therefore, when the matchmaking conditions are on green light, sessions will be bot-free, leaving only human players.

To see the rest of the new cosmetic items and skins for sale that got introduced in this patch, head on over here.