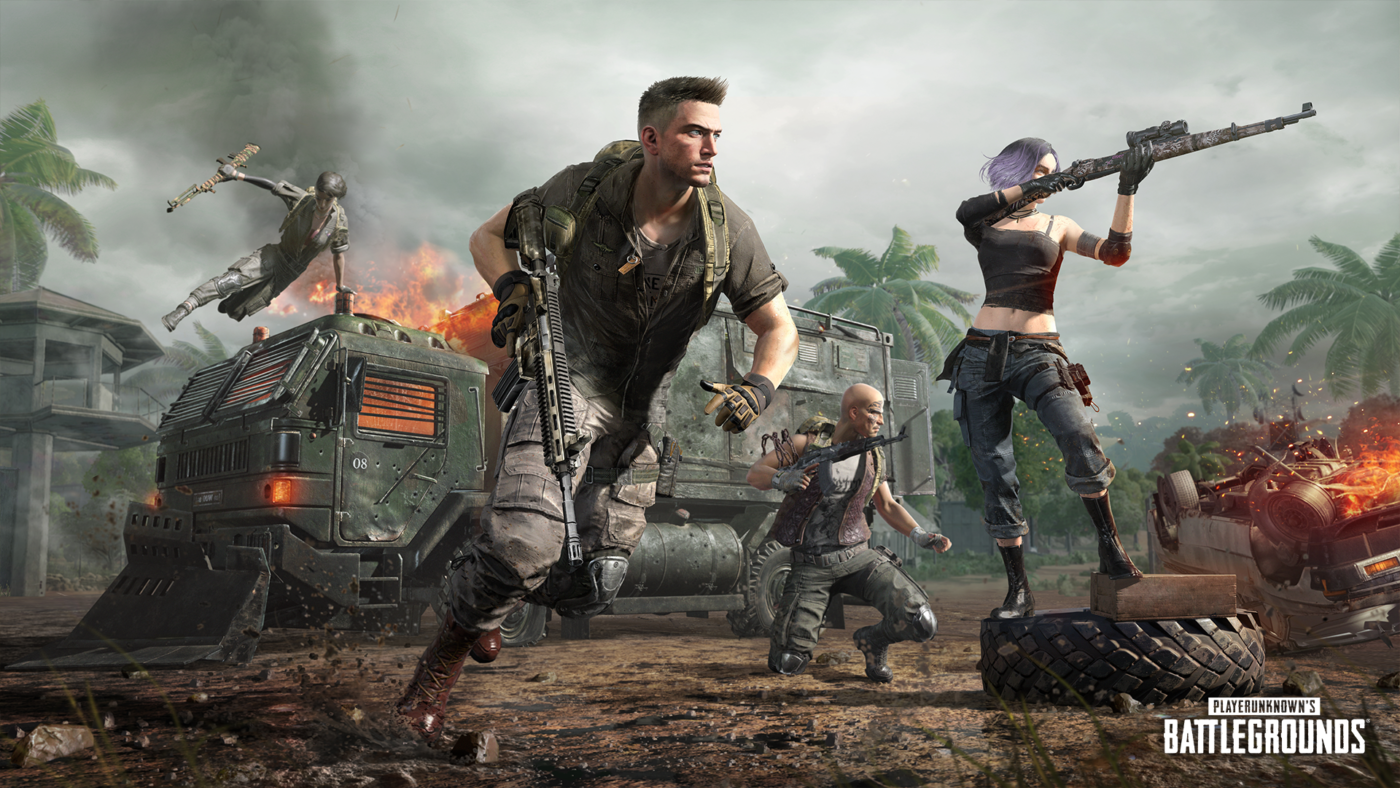 While PlayerUnknown’s Battlegrounds (PUBG) PC players got it last week, Season 8 is now out for consoles too! PUBG Corp. has released the PUBG update 1.47 July 30 patch! The biggest thing here is, of course, the Sanhok remaster, the Loot Truck and more.

The main feature of update 8.1 is of course Sanhok, which has been reworked from the ground up to look better, perform better, and offer more balanced gameplay. We wanted Sanhok to feel more like a forgotten, overgrown paradise while addressing some of the most glaring balance issues we’ve seen over the last couple of years. We’re happy with what we’ve created and hope you are as well. Read on below for some snippets on what we’ve changed in some of the island’s more prominent areas.

Bootcamp has been completely reworked. We wanted to keep this a hot drop location, while improving the feel and competitive conflict in the area. There is plenty of line of sight for long range engagements but also lots of cover for players to advance on opponents. There are underground areas for aggressive close quarters combat as well. Overall, we feel the changes have amplified the risk vs reward gameplay players want from a hot drop, while giving everyone more options to best approach different situations.

The old version of Quarry was a beloved, yet terribly imbalanced experience. We’ve done a lot of work here to make this unique location fun and fair for those who find themselves in it. The stone blocks are now larger to provide better cover from opponents with the high ground and we’ve added some perilous rope bridges to give players more options for crossing without having to go through or around. All in all, Quarry should now be a meaningful destination for players who want long firefights and non-conventional engagements.

We’ve replaced the farm area in the Northeast with a new Airfield. The farm never quite got the attention we were hoping it would, so we’ve added some incentives for players to drop on this part of the island. The main incentive being that the Airfield, perhaps unsurprisingly, now has a chance to spawn the Motor Glider! This is the only place you can find it on Sanhok, so grab a gas can and take to the skies!

The old docks were fun, but generally were low in the loot department, especially for a drop that far away. Our replacement is the Getaway, a loot packed resort town designed to separate tourists from their money. Featuring poolside bars, a boardwalk, Sanhok’s premiere dance club, there’s plenty of neon haze to go around. Just don’t let it distract you from why you’re there.

While the structure of the Ruins itself was always hotly contested, the areas surrounding it posed a severe disadvantage for anyone walking out without the proper gear. We’ve reworked this area to make ruins the massive, labyrinthine, and deadly destination it should be, with plenty of loot for those willing to raid its treasures.

The mountainous area in Sanhok certainly make for topographical diversity, but when it came to actual gameplay implications, there were a number of issues here. Players caught up here with the blue zone approaching were left with few options, one of which was jumping and hoping for the best- a few of you have probably been there. The other is the straight up high ground advantage with little to no counterplay for those caught below. With these thoughts in mind, we’ve added additional pathways to reach it, adding some flanking options for the team with the high ground to defend against.

We’ve redesigned the Cave to have the fiction we’d always wanted it to have. You can still get your thrills through the scariest vertical pool drop in PUBG, but now there’s a cool subterranean temple waiting for you to explore, should you survive the fall.

Our main goal with the River was to give players more options to traverse it. Original Sanhok had very few places to cross without diving straight into the water, so we’ve added more bridges for crossing, additional cover on some existing bridges, and more cover on river banks should firefights open up there.

These towns have all received some reworking, adding verticality, interesting things to explore, new ways to fight, and most importantly, great venues to battle over the new Loot Truck as it passes through each town. In some cases, the changes are minor, such as simply widening the road so the truck can pass through to bigger reworks to create more interesting ways to battle.

While a cool locale, Bhan was underused and a pain to loot. We’ve removed Bhan and replaced it with a normal set of houses so that we can focus on using those resources for unique locations elsewhere. Due to the more simplified and familiar building layout, this area should now be a more defensible position to loot and control.

The Loot Truck is a brand new feature that gives players an additional, albeit risky, way to gear up. Trucks spawn in one of several garages around the island and drive along roads, enticing players to attack them. As these trucks take damage, they’ll drop some loot and continue on their way. Players persistent enough to destroy the truck will be rewarded with an even bigger cache of weapons and gear for you and your squad. Be careful when attacking these rolling behemoths, though- they can take a lot of damage and doing so will certainly draw some attention.

Loot trucks are only spawned in normal matches during 8.1 update!

Vehicle spawns in Sanhok has been slightly adjusted to fit the new map.

With the new season comes a new Survivor Pass! Survivor Pass: Payback lets you earn nearly 100 new skins as you explore the remastered island of Sanhok. Complete special missions to unlock unique weapon skins and face paints. We’ve also increased the XP you can earn through playing and surviving, up to 7200 XP per day just by playing the game!

Following 3 mission tabs were deleted from the survivor pass.

The Gas Can improvements, which were postponed from update 7.2, are now back with some changes!

This feature was temporarily removed after its addition in Update 6.2 due to some technical issues which have now been resolved.

The intention behind this feature to help make the parachuting process more convenient in teamplay situations. Parachuting is a skill to learn in and of itself, and every now and then, you often run into teammates who don’t know where or how to land. Many times you had to see teammates get knocked in the early stages of the match because they landed just too far from their teammates. With the parachute following feature, players can simply choose a teammate to follow and safely land near where they do. Super convenient for going on those quick bathroom breaks during drops too.

A new Ranked Season has begun. Ranked Rewards for Season 7 will be distributed to players shortly after launching into the new season.

With Vikendi joining the Ranked, overall update has been made to the ranked mode rule set.

Season 7 is coming to a close, and we’d like to thank all players who played and participated in the inaugural season of Ranked Mode. The first season was a bit of an experiment for us as we did not know how opening two new queues to the game would affect overall matchmaking, and how our community would take to them. It’s clear from our data that a large majority of our players prefer Ranked-TPP. This combined with the lack of Ranked-FPP matches being created throughout the entirety of the season, we will be closing the Ranked-FPP queue with Season 8.

With your feedback and suggestions, we’re making some other changes to the Ranked ruleset which are detailed in these patch notes. We hope you enjoy this next season of Ranked, we look forward to hearing your thoughts on all of the changes!

In order to provide better sounds, following improvements has been made

For more details of the improvements, please refer to the dev letter planned for release along with a test server update!

Now you can easily ‘Team Up’ with other players who you’ve met in normal, ranked matches!

If there are any changes not included in the PUBG update 1.47 July 30 patch notes above, we’ll update the post accordingly.