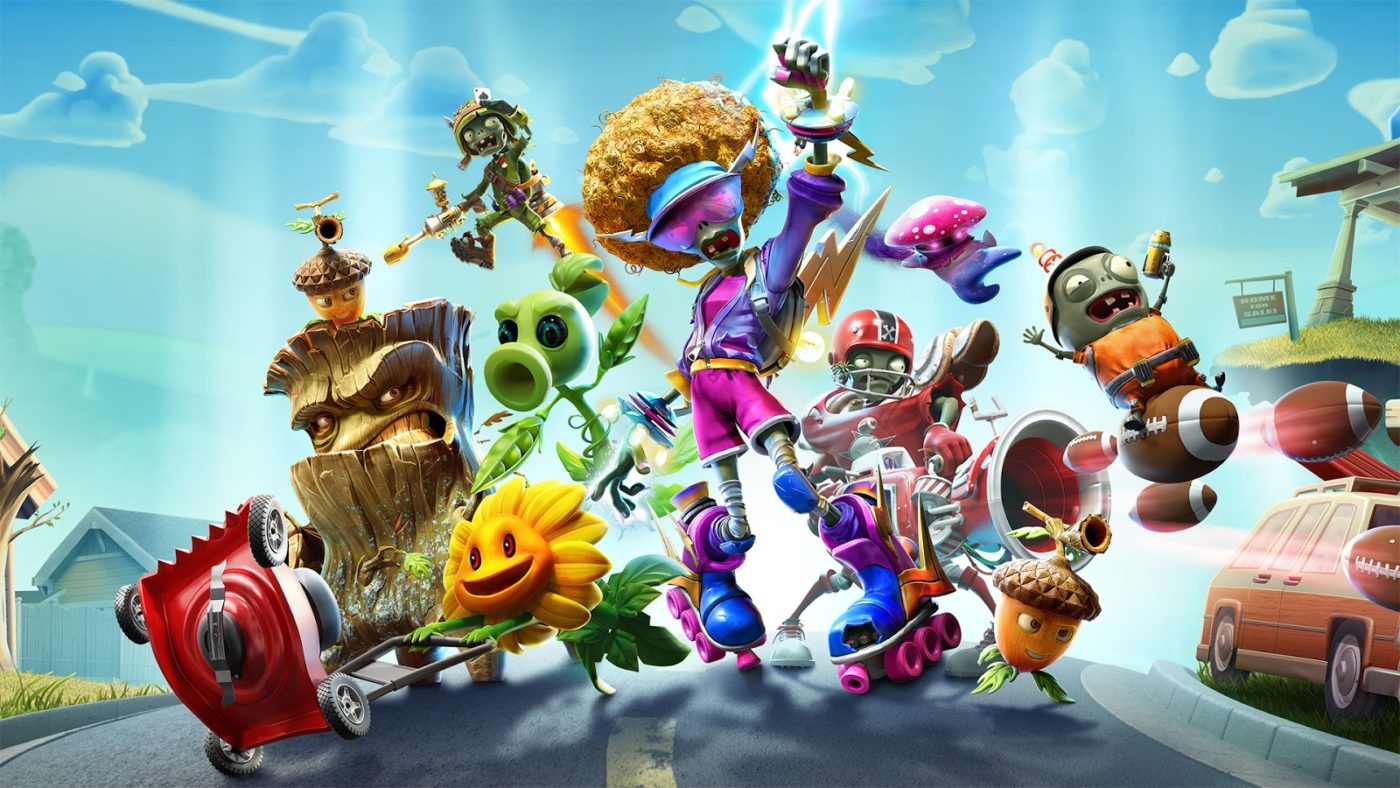 PopCap Games is back once again with another iteration in the Plant vs. Zombies Garden Warfare franchise, but does this one bear fruit or just a rotten apple at its core? Read on for our PvZ Battle for Neighborville review!

If you’ve played any of the last two Plant vs. Zombies: Garden Warfare titles, then you can expect more of the same. Whether that’s good or not is entirely up to the user, but as for me, I thoroughly enjoyed what PvZ: Battle for Neighborville had to offer in the gameplay side of things. In total, the game boasts 20 classes, 10 for each faction (Plant, Zombies). 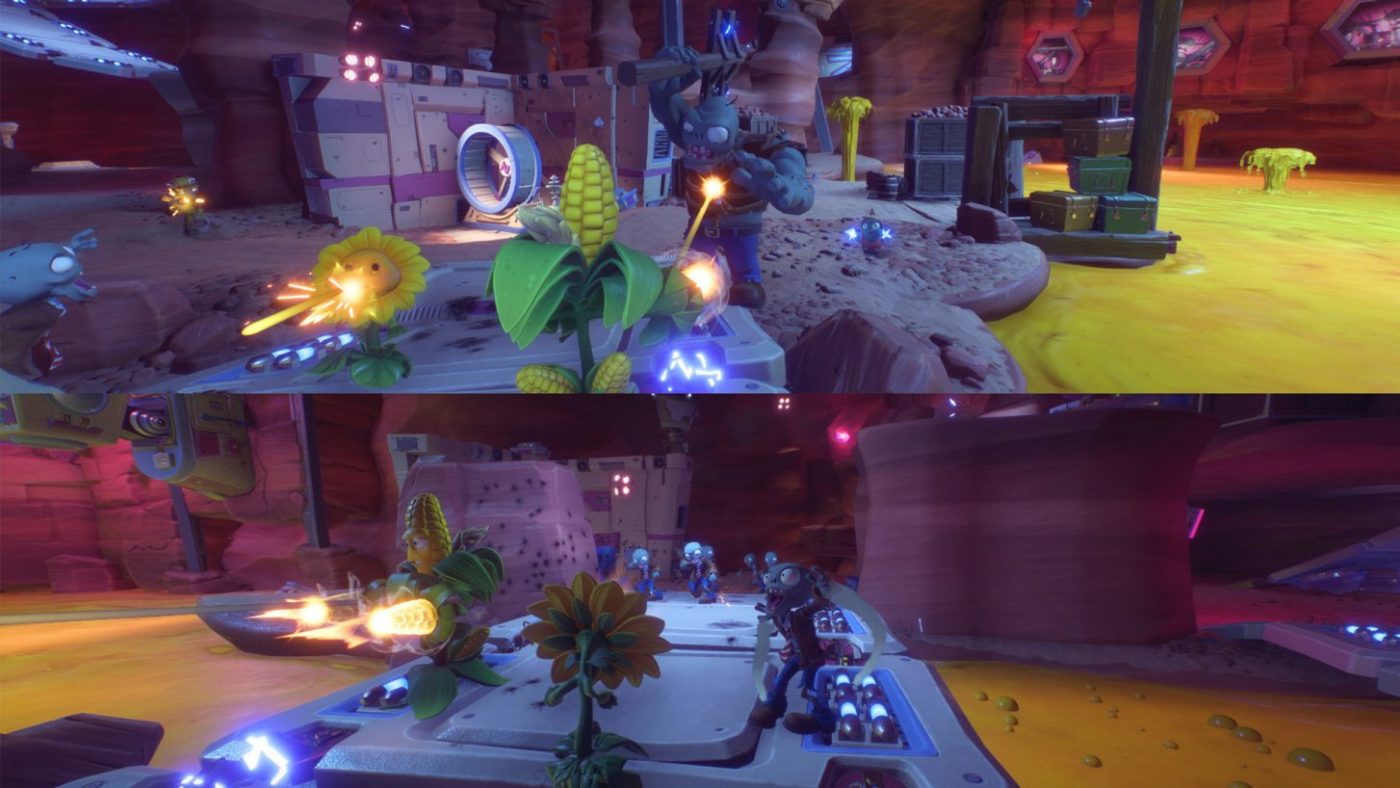 As with the previous entry, every character (most are returning) is unique and has their own set of skills and upgrades. These can all be quickly earned by completing quests lines and doing some PvP matches, among other activities. As for how these classes play, they are all divided into three specialists; Attacker, Defender, and Support.  Each specialist has its uses for specific situations, and often you’ll find yourself swapping between them to help balance out the game, although this goes without saying that balance may be one of the tricky components for the devs as we found some classes to be superior to others.

All the classes can be used in either mode, PvE and PvP. PvE is where I spent the majority of my game time as I enjoyed running questlines in their newly introduced hub worlds. There are two sets of campaign missions, one for Plants and the other for Zombies, and all the questlines are extremely fun and have mini bosses and even main bosses tied to them. Tons of activities to do along with collectibles to play with friends online or locally with split-screen; either way, you’ll have endless fun with the campaign. The only downside is despite being able to play solo, you are required to have an internet connection at all times. As for the PvP, I mentioned, balancing is going to be a real test for the developers. Currently, they feel dragged on due to the high time to kill rate, which isn’t helped much by the newer classes. We certainly notice players are quick to lock in Night Cap (Mushroom Ninja) as the character is rather fast and small, which is hard for people to deal with. In the least, a few tweaks here and there and the competitive side of things will be worth the play.

Frostbite Being Pushed to Different Limits

I think this may be my most favorite use of the Frostbite 3 engine out of any games to use it yet. PopCap has done some remarkably beautiful work with colors and artistic direction, giving us one of the most cleanest Frostbite looks to date.  Where other developers (DICE, BioWare, etc.) aim to produce eye dropping photorealistic visuals, PopCap seeks to take a more straightforward, cartoonish route and that in turn shows a very different side to the engine 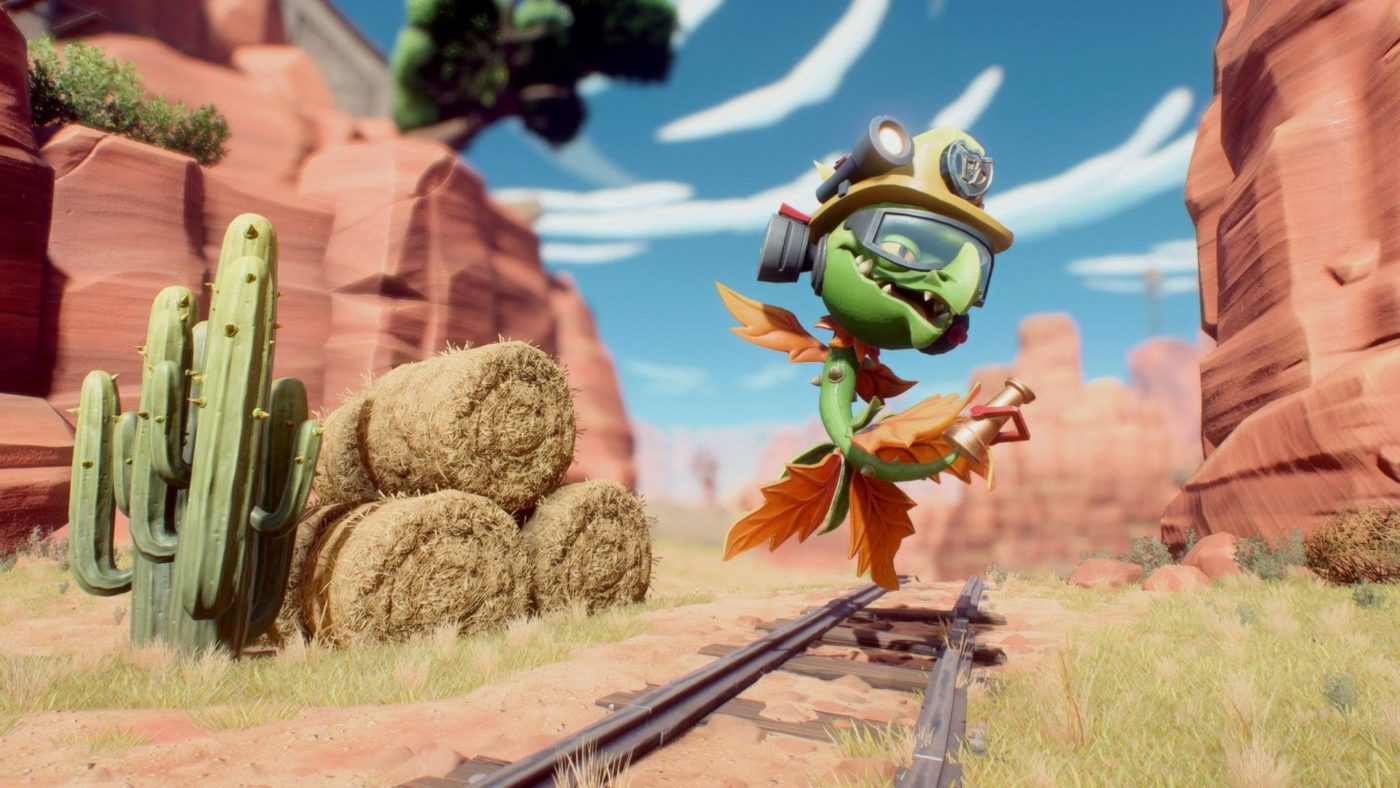 I’m not one to like the cartoon-y direction some games go with, but with PvZ, it’s all so pleasant to watch. There isn’t a single color on that isn’t used as the world offers a luxurious, beautiful look. From dense vegetated filled towns, to cool breezy beaches, whatever and where ever you’ll surely enjoy what the world has to offer. This is all complemented by the very animated characters that are just a delight to meet, be whether they are a friend or foe. The only complaint is that there are texture pop-ins, more noticeably during co-op sessions. It can get pretty bad as textures along with other details begin to populate right in front of you, hopefully, an issue that gets addressed later.

On the bright side of things, the game does boast an extensive collection of cosmetics and unlockables, all of which can be bought with the in-game currency. Changing the look on any of the playable characters gives them even more of a personality, and the great thing is there are no purchasable currency options. Yea, it’s a sad thing to mention, but with how games are today and seeing that this is a title by EA, it’s nice to see.

Overall if you are looking for something quick and fun, Plant vs. Zombies Battle for Neighborville ain’t a wrong choice. It has a fun and engaging story accompanied by some beautiful visuals. Collectibles will surely keep you busy for a long while, along with the PvP mode, despite some balancing issues. Sure it’s not pushing the series to whole new heights by being more of the same, but fans in the least can appreciate, and we welcome it in our collection of games.