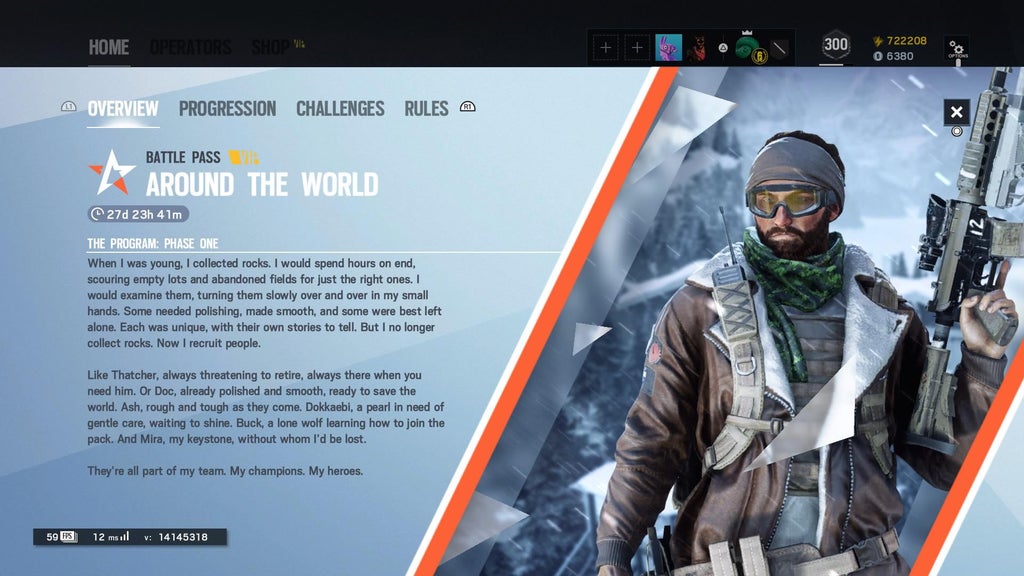 Rainbow Six Siege players who can’t get enough customization in the game, the Rainbow Six Siege new Battle Pass is now available! Called “Around the World,” there are 35 tiers in total, and 50 rewards.

This new Rainbow Six Siege Battle Pass runs from March 25 to April 22 (four weeks), with one Free track, and one Premium track. We’ve taken a screenshot of all the rewards available (via Ubisoft), which you can check out below.

In case you missed it, a new Rainbow Six Siege patch was released yesterday, which included bug fixes and gameplay changes. Speaking of patches, Ubisoft Montreal has spoken out on how smaller patches will be cut due to the COVID-19 pandemic.

Are you getting the Rainbow Six Siege Around the World Battle Pass? Or is the free track enough?