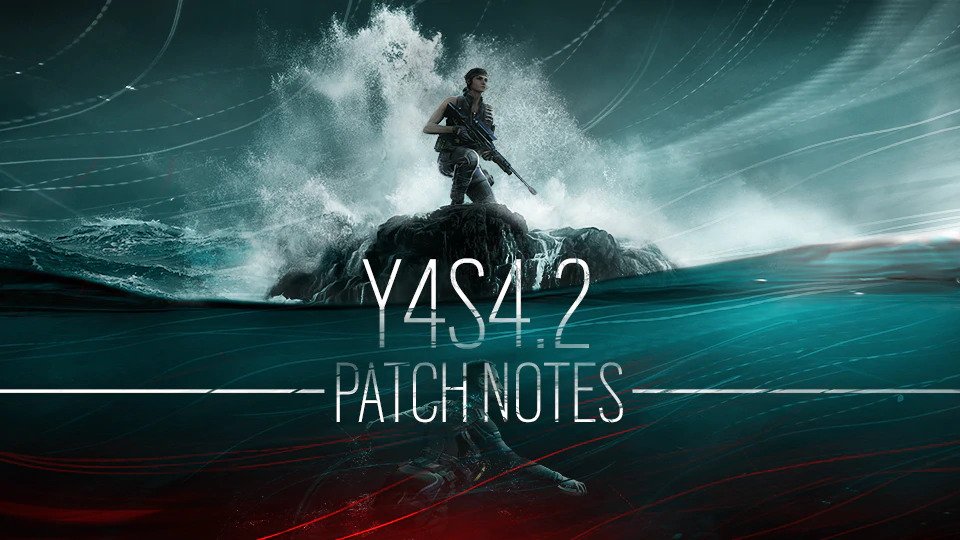 The Clash exploit is fixed with this patch and we will be re-enabling her on live for each platform as 4.2 goes out. Thank you for your patience and understanding over the holiday period!

FIXED – Hostage can be shot and damaged through both reinforced and unbreakable walls when placed too close to either.

FIXED – Operator hitboxes can clip through reinforced walls and be shot.

FIXED – Goyo’s Volcán can be destroyed and detonates when a reinforcement destroys it from the other side of the wall.

FIXED – Deploying a Mira Black Mirror next to a Volcán Shield placed too close to the wall can trigger the Volcán explosion from the other side of the wall.

Now Goyo’s Volcán will just be destroyed without exploding and spreading fire, destruction, and RFF.

FIXED – Volcán’s explosive canister and shell will sometimes remain floating after an Ash breaching round or Mira mirror is deployed close to it.

FIXED – Jackal can scan footprints from the disruption radius of a Mute Jammer if he begins scanning while outside the jammer area.

FIXED – Wamai’s Mag-Net will still draw and catch projectiles even after the destruction of the surface it is on and will detonate them in mid-air even as it is falling.

FIXED – Mira can deploy her Black Mirror through a reinforced wall under certain conditions.

FIXED – Caveira’s hand clips through her phone when resetting it during a Dokkaebi call.

FIXED – Players can vault onto the shelves and other un-valuable assets in Day Care on Theme Park.

FIXED – Valkyrie’s Black Eyes can be deployed inside a helmet on Favela.

FIXED – Gap in wall present in 2F Offices of Tower.

FIXED – A small gap between two walls in EXT Roof of Theme Park.

FIXED – Deployable gadgets float after the monitor they’re placed on is destroyed in Border.

FIXED – Ela Elite’s model outline can be seen behind the paint during the Elite Victory Animation at the end of a match.

FIXED – Snapping arm animation when close to an object while entering ADS.

FIXED – Spectators can see Nomad’s ammunition count oscillating between the normal AK-74 ammo and the launchers ammo, when Nomad switches the gadget on and off.

Don’t forget to check out our “Best Multiplayer Shooters of the Decade” list, where Siege is included! We’re also keeping an eye out on the official Rainbow Six Siege social media account to see if there are any new tweaks not announced in the patch notes.