It appears that the world of Mortal Kombat was once going to expand into kids territory, as details and images from a cancelled Warner Bros. animated series named Mortal Kombat Ultra Girls have leaked online via a Reddit thread that talks about the unaired series in detail.

In a lengthy post by keyconstruction8, the series would have focused on the offspring and next generation of fighters from the MK universe — namely Cassie Cage, Jackie Briggs, and Frost.

A regular episode follows new student Cassie Cage or her friends. They’re assigned to fight or do Shaolin Showdown style challenges with student of the opposite school faction. Winners gamble the Crypt Coins they’ve found. What the coins are for are revealed later.

The episodes slowly get more serialized. First pitched as Mortal Kombat Friendship, MKUG takes place after multiple timeline resets caused by Blaze during Armageddon. In this new timeline the warriors were shown all the previous canons. Many characters want Armageddon to happen again so they can start a new life. Others want to prevent the reset so they can continue the life they have. The 2 split into factions of Reset or Continue.

This time Armageddon is scheduled to happen many years after it once did. The warriors are getting too old to fight. So, Shang Sung forms a high school to train a younger generation. He pits them against each other in Reset or Continue factions. Who’s ever team gets the most Crypt Coins will be the ones to decide their future should they win their final battle against Blaze.

This is not fully a comedy. That took a bit of fighting on the show runner’s part to get this story. No we don’t insult old fans in this show. It’s a girl focused series but we wanted everyone to enjoy it.

Cassie Cage, Jackie Briggs, and Frost are the main 3. They’re the focus but we cram in every character we could. Other students include Mileena, Katana, Jade, Takeda, Sheva, Kidd Thunder, Erron black who’s dating Nitara, Scarlet, Reiko, and Scorpion’s son who’s a zombie in this show. There’s a lot of gallows type humor that pushes PG. We had a lot of freedom on this. But no blood or guns. Cassie basically uses “Green Energy spirit guns” as one of the supervising director puts it. The MK Ultra title pun was intentional with this shows humor. WB loves that humor. Thunder Cat Roar’s theme song is a pre existing song called Drugs, Neko for pete’s sake. Bo Rai Cho is just called Bo here. Meat is a test subject used in their science class. It was hard to get pass with S&P but they allowed it when we pointed out Adventure Time did skinless humans.

Here’s some images released by FunnyJunk give a preview of a cartoon — which has more in common with The Powerpuff Girls and The Fairly Odd Parents. 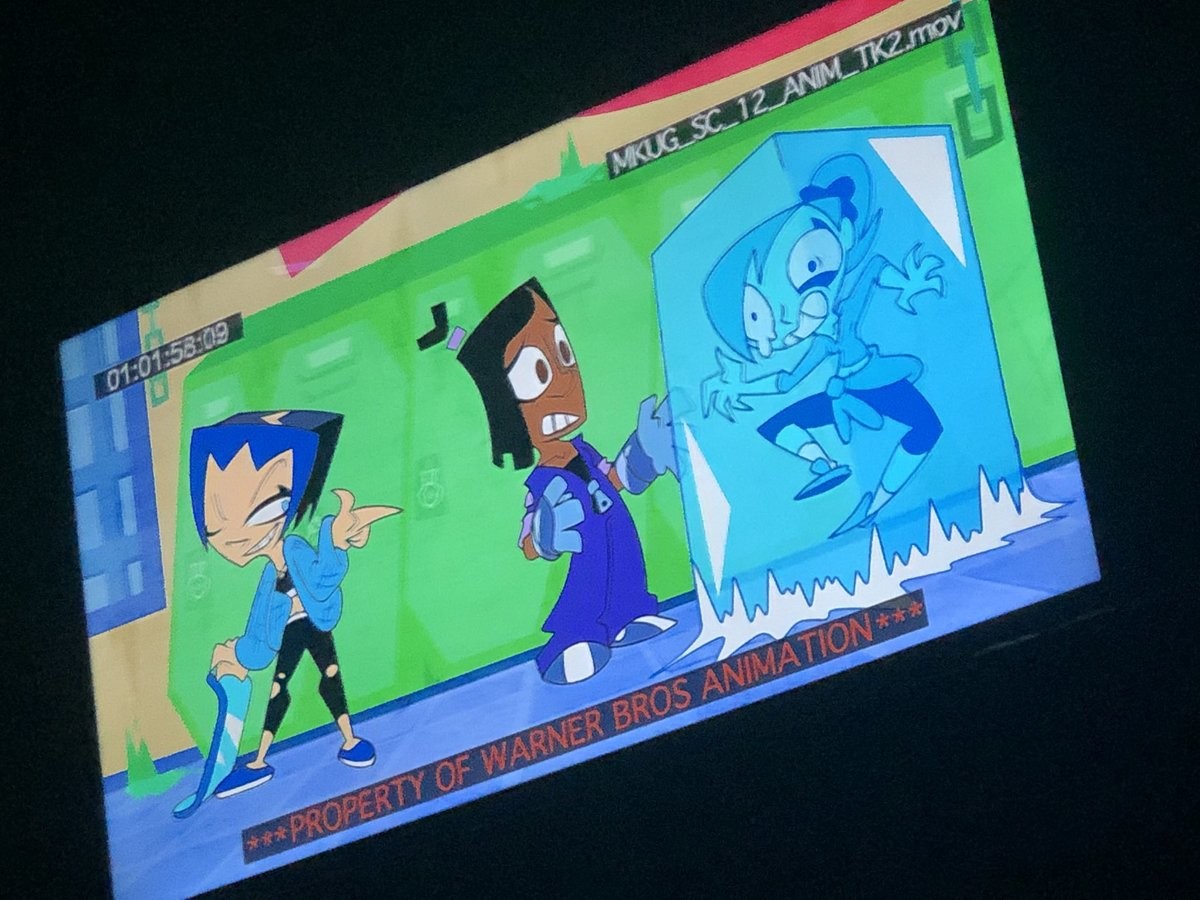 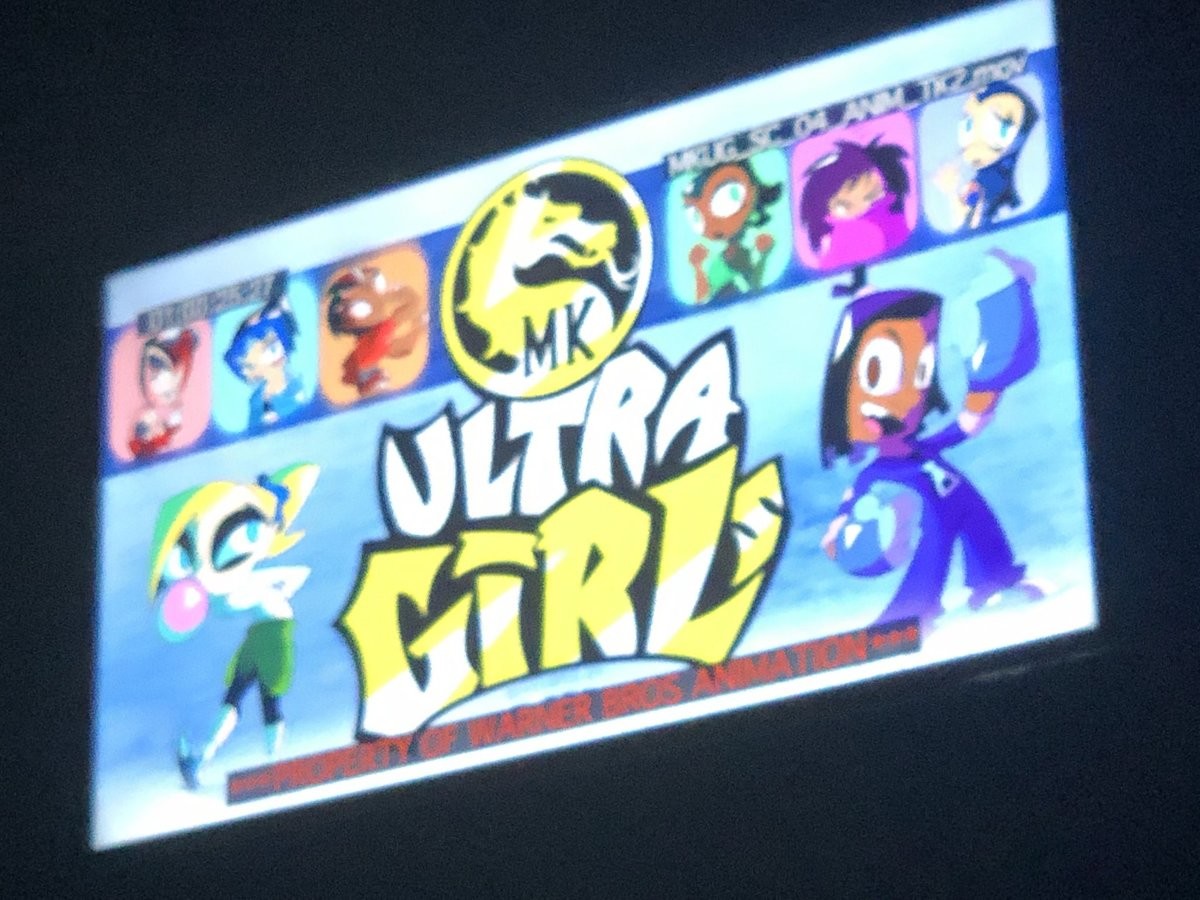 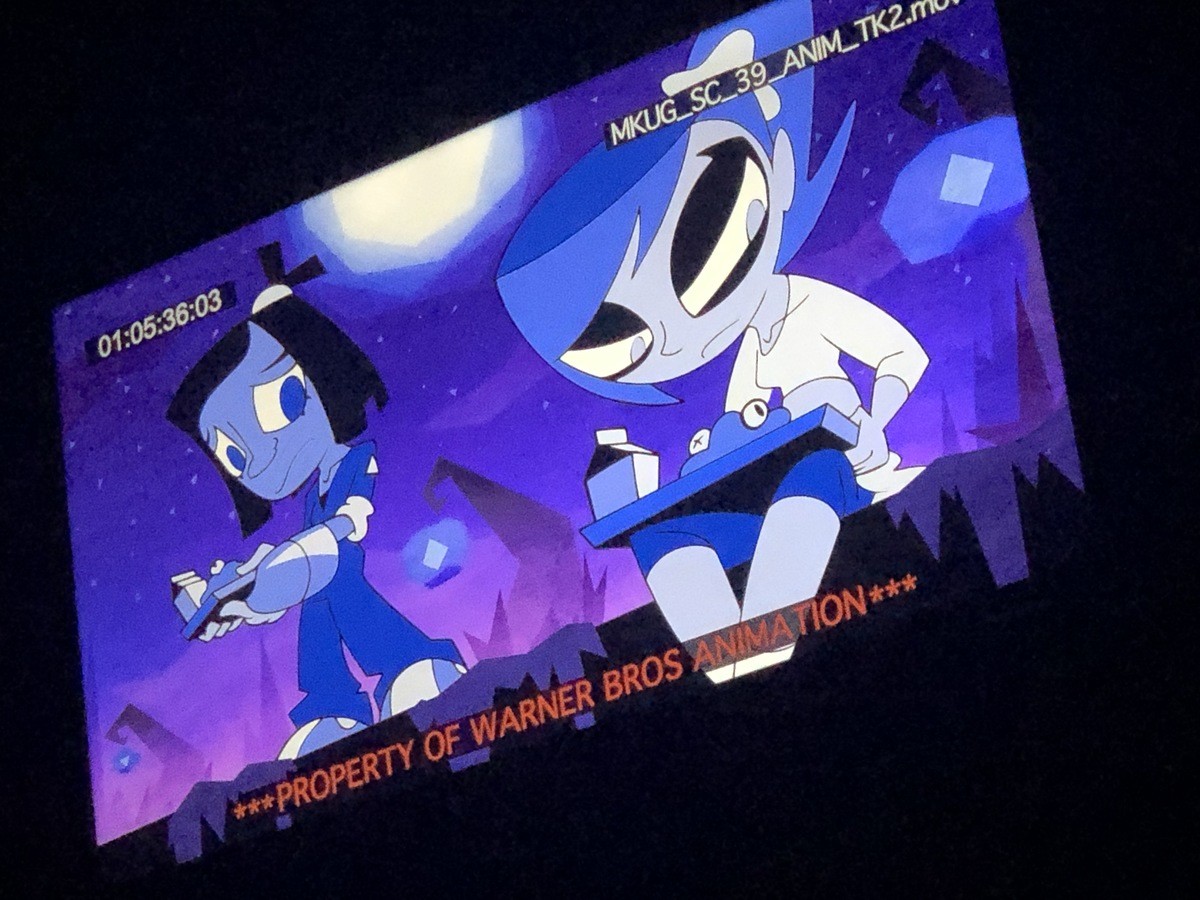 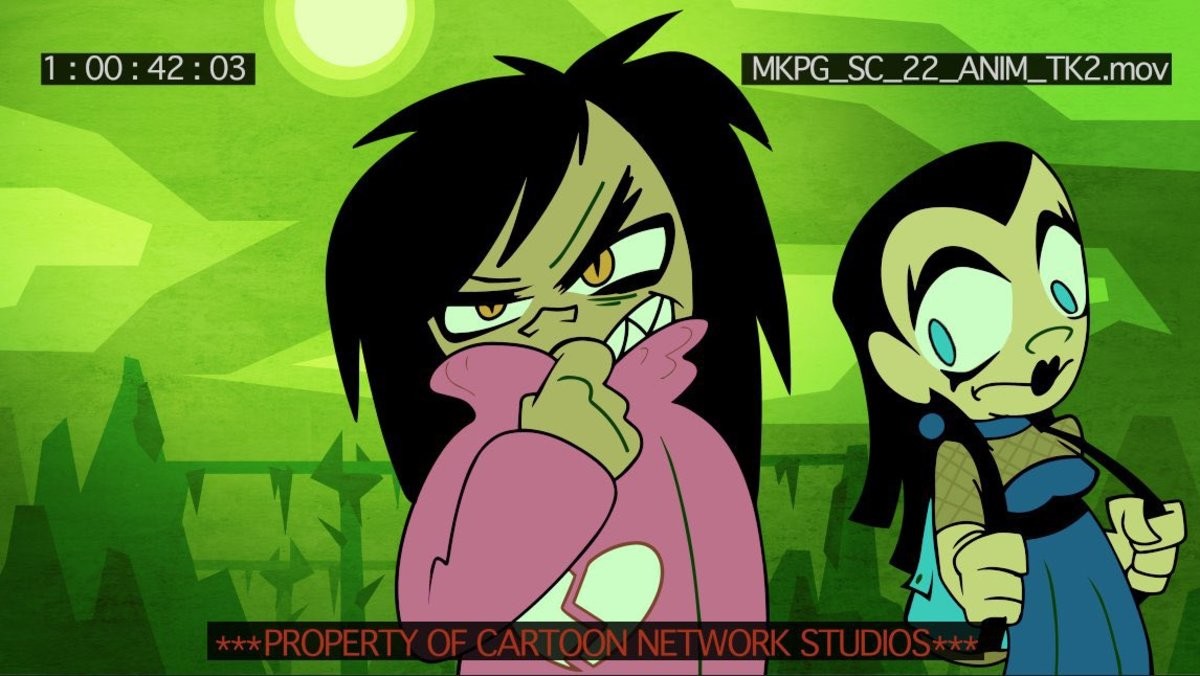 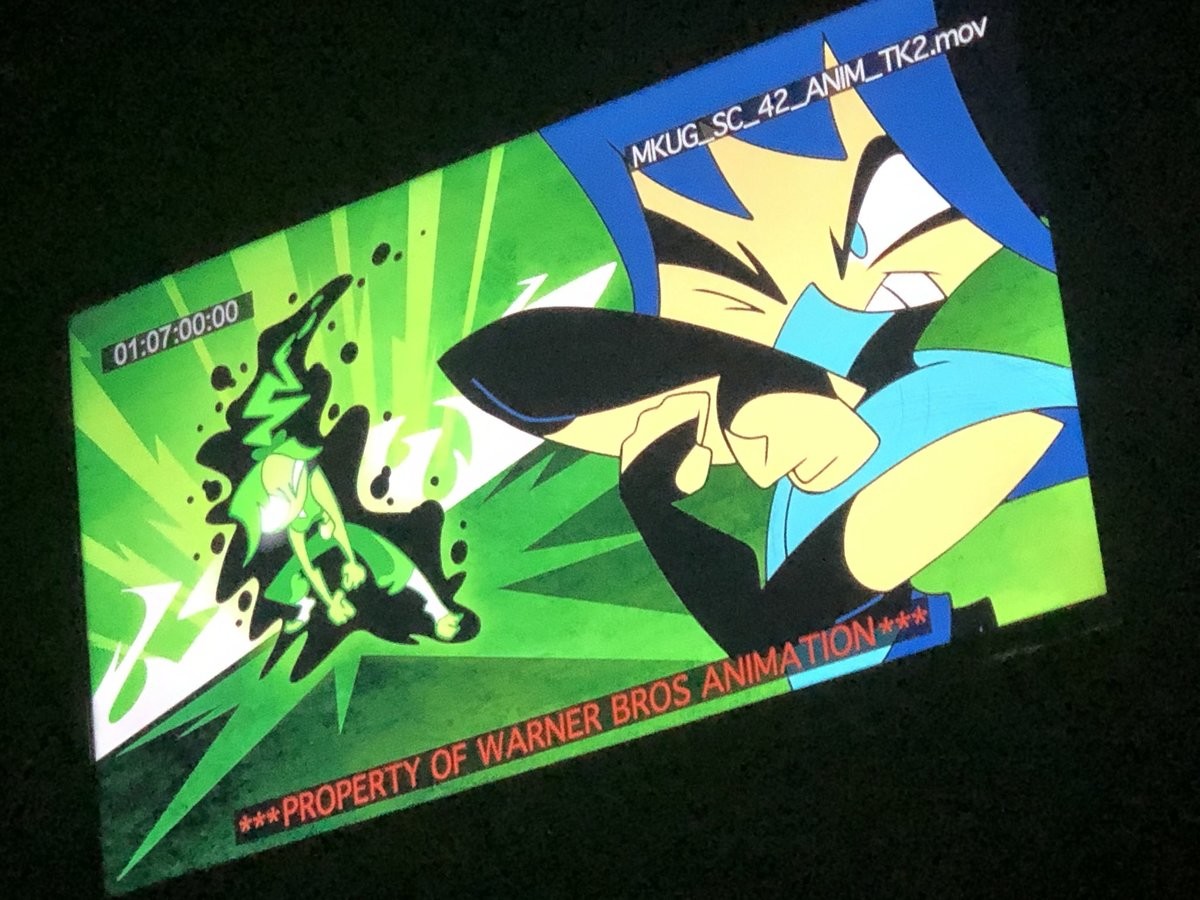 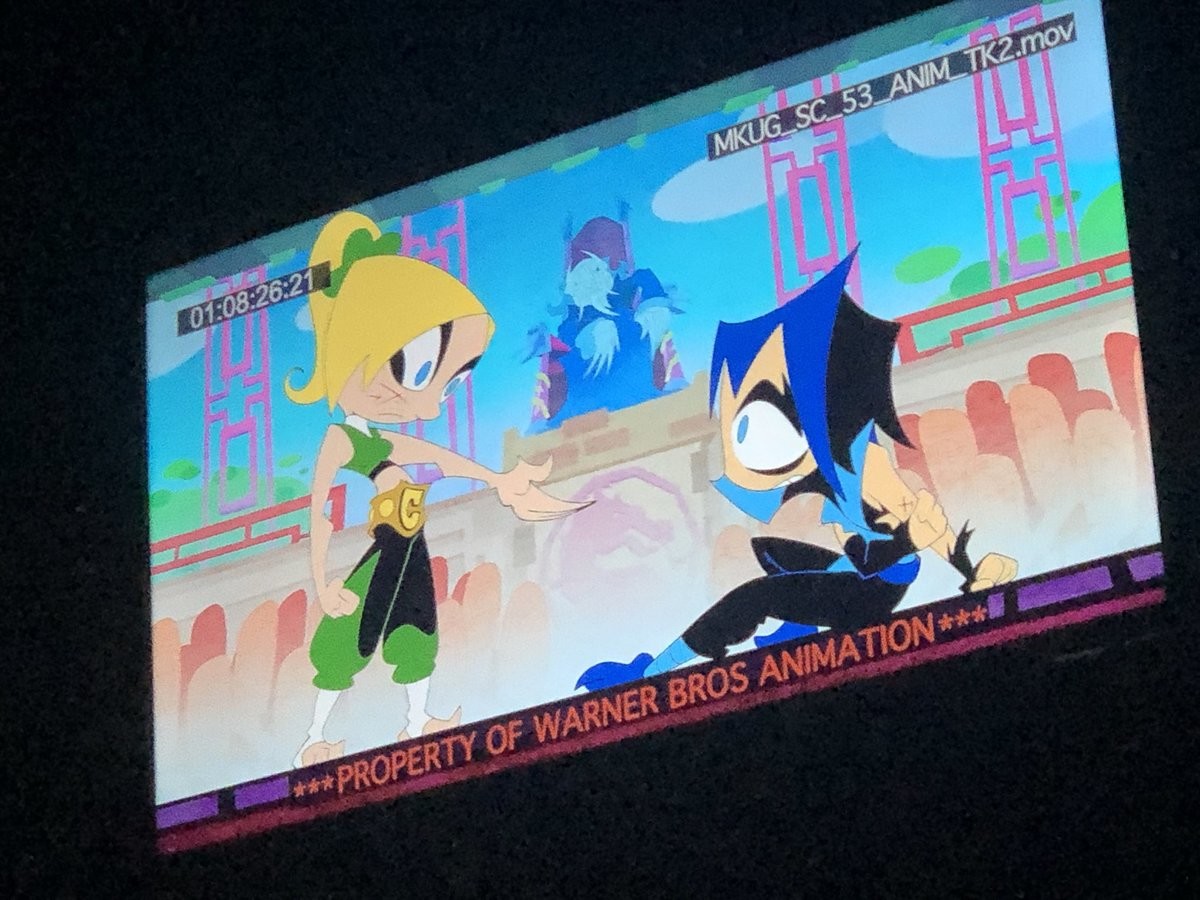 While this Mortal Kombat animated show’s future is up in air. a new Mortal Kombat movie will be arriving this April in select theaters and HBO Max.