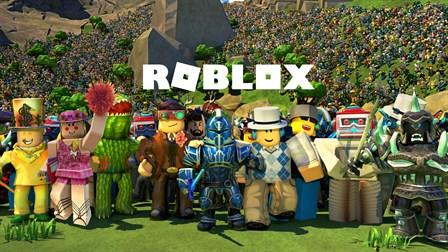 Why Roblox Is the Second Largest Game on the App Store

If you aren’t 15-years-old or younger then there’s a high chance Roblox is something you have never heard of before. Roblox is one of the hottest building games currently on the market. Although Roblox has been available for PC all the way back from 2005, it’s only over the past few years or so that the game’s popularity has managed to explode tremendously. The newer Xbox, tablet and smartphone versions of the application has allowed the entry of a new generation of players transforming it into a mega hit on college campuses and schoolyards everywhere.

Roblox, nowadays, boasts of over 56 million active users and counting. This has actually put it way ahead of Minecraft. Game Informer Weekly reported that not only has Roblox made over 30 million dollars but they also have around 177 million accounts. Furthermore, unlike Minecraft which charges 20 USD for every account Roblox doesn’t and is free to play. This is also one of the reasons why it has managed to become so popular so fast. Making things free isn’t that bad, especially if you’re offering the online game consumer quality. Just ask the guys at Fortnite.

Why Is It So Popular?

One thing that’s very intriguing about this game and one that also adds to why it has become so popular is the fact that it allows anyone to use their technology to build games. It provides its developers, which are mostly teenagers, an unprecedented entrepreneurial opportunity. They’ve made over 30 million USD in payouts with their top earners raking in millions of dollars every year. Users just can’t get enough of this and are exploiting this opportunity as much as they can.

In fact, Roblox is not so much of a game but more of an app store. It doesn’t really have that game feel when you’re on it. Probably this is why it’s so addictive and sticky to the modern day teenager. When you use Roblox you can pretty much access and develop games in every genre imaginable and, as you’ve seen above, making some of these games is proving very lucrative. 18-year-olds on the platform are literally making enough money to finance their entire college education.

Roblox has a wide variety of games available to its users and not all are shoot-em-up type games. Some people like their role-playing games and you can still get that in the form of “Meep City” while still on Roblox. Meep City is kind of a pretty typical Roblox game. It’s not too complicated. You simply pick your character, clothe them in whatever you want and then hang out with other users. Also, boosts are a very big part of Roblox as well. They can help you do a lot. You can easily get boosts on Roblox by earning Robux on sites such as Free Robux Earner.

Another interesting feature Roblox games have is that a large part of the whole experience involves a virtual school and you attending classes in it. One (or more) user gets to teach while the rest attend class until their time is done. If school for you was a very long time ago then this part will most likely make you feel very old. But, it’s nowhere near as boring as your old ordinary class used to feel.

Something that you’ll need to be aware of about Roblox is that when it’s downloaded onto your computer, its world editing engine also comes along with it. This is what gives everyone that downloads it the ability to develop and create their own unique worlds that can eventually be enjoyed by other users. The game is really left to the creator’s imagination. However, a lot of people are of the opinion that that’s not always a positive thing.

People can be equally as devious as they can be creative. Roblox Studio software gives creators the ability to place whatever content they may have come up with into the game’s playable areas. Music, pictures and even vocal data can be uploaded directly into the game. Sadly, though, this gives an avenue for the uploading of questionable material which will then be available to players, most of which are usually children. This is actually why many parents are advised to keep a close eye when their children are playing Roblox.

Roblox is a fantastic game that not only encourages creativity but also positive interactions and play amongst its users. Just like with most things online, this game has its own unique threats to users. With that said, it still remains a game that a majority of its users really enjoy playing and the numbers don’t lie. If you haven’t checked it out then you really should. You won’t regret it.