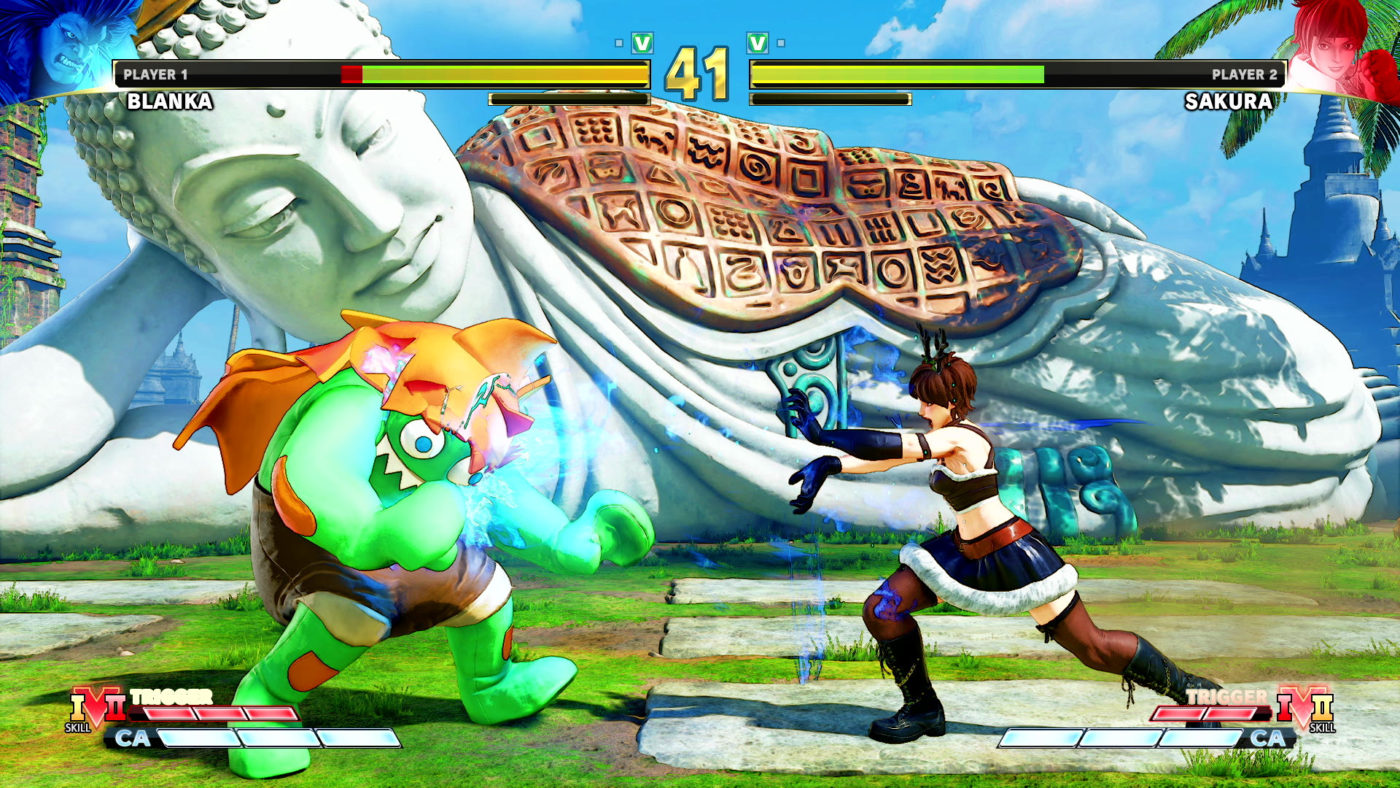 After months of no updates, Capcom has released the Street Fighter 5 update 3.03 patch which is out on PS4 and PC. Curious? Read on for the full patch notes below. In addition to the update, Capcom has teased something for Champion Edition owners as well.

Changes to Dhalsim and Guile

In the last update, adjustments were made that extended hitboxes inward across the board.
This was intended to prevent characters from using actions like a forward step to get inside an opponent’s attack’s reach and avoid damage despite the close range.

However, this made it easier for some projectiles to hit opponents from behind, so the moves in question have been adjusted.
Check the following for further details of the adjustments:

– Fixed an issue where just the effect remains when EX Psycho Blast is canceled by Gill’s Flame Javelin or Volcanic Storm.

– V-Trigger II Yoga Sansara has had the amount its hitbox extends inwards reduced.

– Fixed an issue where blocking some attacks with V-Skill II “Dual Poison Dance” would cause too much recoverable damage.

– Fixed an issue where after V-Skill II Overchain is performed, blocking an opponent’s guard break technique with Sledgehammer
would cause the effect of Overchain to be lost, even though no damage was received.

– Fixed an issue where Raid Jump would be performed if Surprise Foward/Surprise Back was input at a specific time after V-Skill I Coward Crouch.

– Changed the juggle behavior of the opponent when Spin Pendulum hits in the air, reducing instances in which a Cyclone Distaster follow-up would miss.
– Changed where the character appears when transitioning from the copied version of Air Stampede into Mad Spin, as well as the difference in recovery time on guard.

We have also made other minor fixes and improvements.

The following bugs have been fixed:

We are pleased that people are enjoying Champion Edition and would like to thank all of our players for their support. We wouldn’t be here without you.
As a token of our gratitude, we released a free EX09 color for all 40 characters to all users.

Thank you for playing STREET FIGHTER V. We hope you’ll continue to enjoy the game.

Hey there fighters! Get ready for some exciting news about Street Fighter V: Champion Edition!

Not sure what this is, but once we know more, we’ll let our readers know.