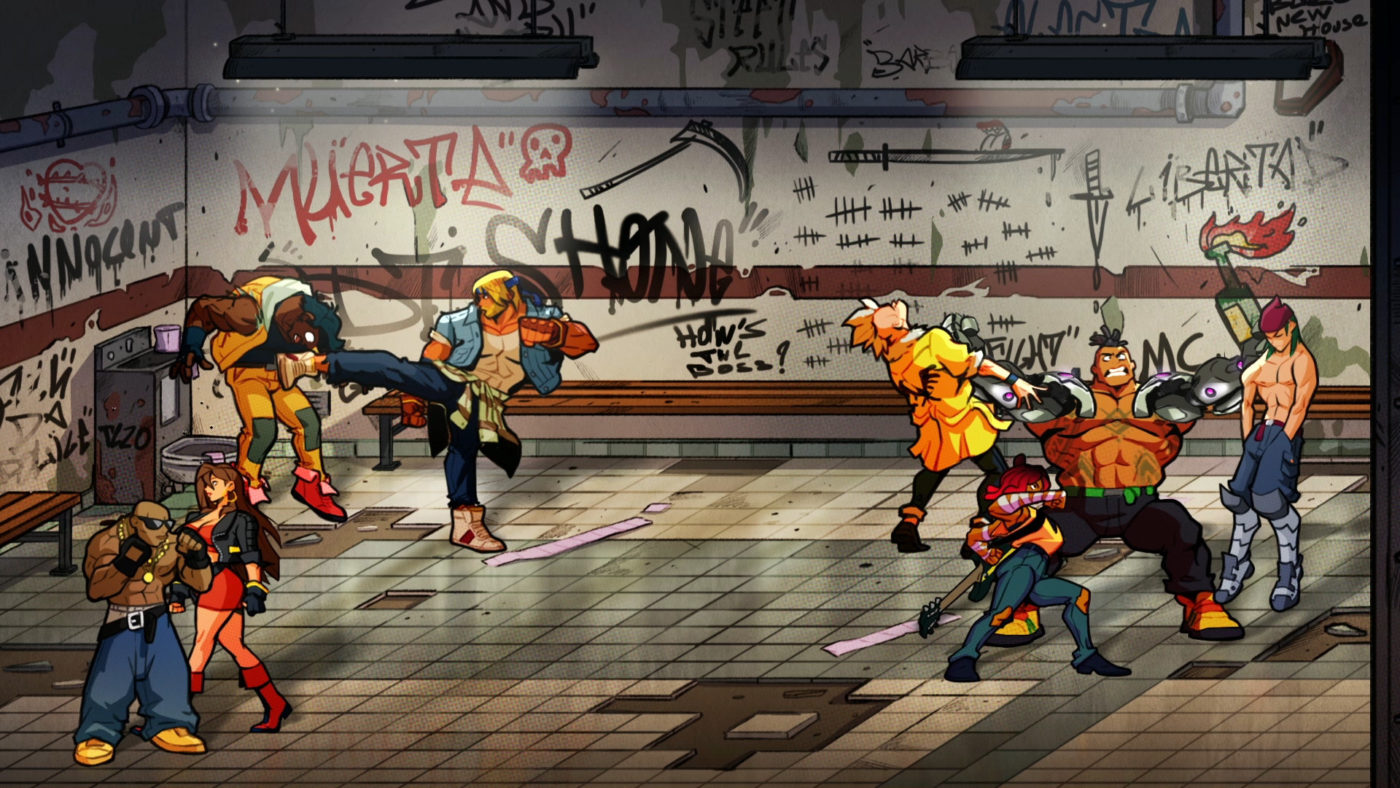 Way back before fighting games took the gaming world by storm, the most popular genre in arcades in the ’90s then were side scrolling fighters or what we called “beat-’em-ups.” Titles like Teenage Mutant Ninja Turtles: Turtles in Time, The Simpsons Arcade Game and so on, ruled the roost in taking away our quarters. This trend followed home consoles, and one of the most popular beat-em-ups at the time was SEGA’s Streets of Rage franchise. After 26 years since the last entry in the series (Streets of Rage 3), Dotemu, Lizardcube and Guard Crush Games collaborated to revive the franchise. Is it a smashing return to glory or does this rage run out of steam? Read on for our Streets of Rage 4 review.

Right off the bat, Streets of Rage 4 doesn’t stray far from its predecessors. Franchise mainstays Axel and Blaze are back once again, accompanied by new faces. Even the enemy is someone familiar to franchise fans (sort of). While Mr. X isn’t in the game’s universe anymore, his offsprings — the Y Twins — are now threatening the peace in Wood Oak City once again.

While the story isn’t really the main selling point in beat-’em-ups, Streets of Rage 4 does a competent job of telling the tale with beautifully-crafted hand drawn panels after each mission. Just don’t expect anything groundbreaking in terms of the story, and I doubt anyone interested in playing this is expecting one.

Thankfully, the animations themselves aren’t just competently made, but are gorgeous to look at. Basic attacks, combos and special moves have different effects that will make you feel the power and oomph in each strike you take. Stages are varied enough not to feel boring as well. Players will fight through sewers, buildings, inside plans and more, and each level has their own hazard or twist that adds variety. Don’t expect to blitz your way from left to right without using your brain, as this is a long way off from the beat-’em-ups of yesteryear.

Complementing the visuals is a fantastic audio blend crafted by original Streets of Rage composers Yuzo Koshiro, Motohiro Kawashima, along with the help of Olivier Deriviere. The game’s audo track is a blend synth, techno, and various electronic music beats that keep the action blazing along.

Given the advancement game mechanics have had over the past few years, it’d be foolish of Dotemu to keep Streets of Rage 4 locked in to how it played before. Thankfully, they didn’t. While the game is a beat-’em-up through and through, it offers a simple to grasp, hard to master, combat system. Sure, you might be able to beat the game just by hammering away the attack button, but doing it in style? Yeah, that’s how it should be played. Prepare to do stagger hits, juggles, jump attacks and more in order to hike up your combo count. Dotemu has implemented a balanced combat system wherein special atacks that drain health, can be earned back by doing combos. It’s a risk-reward thing that involves some fair amout of trial and error to get the hang of. 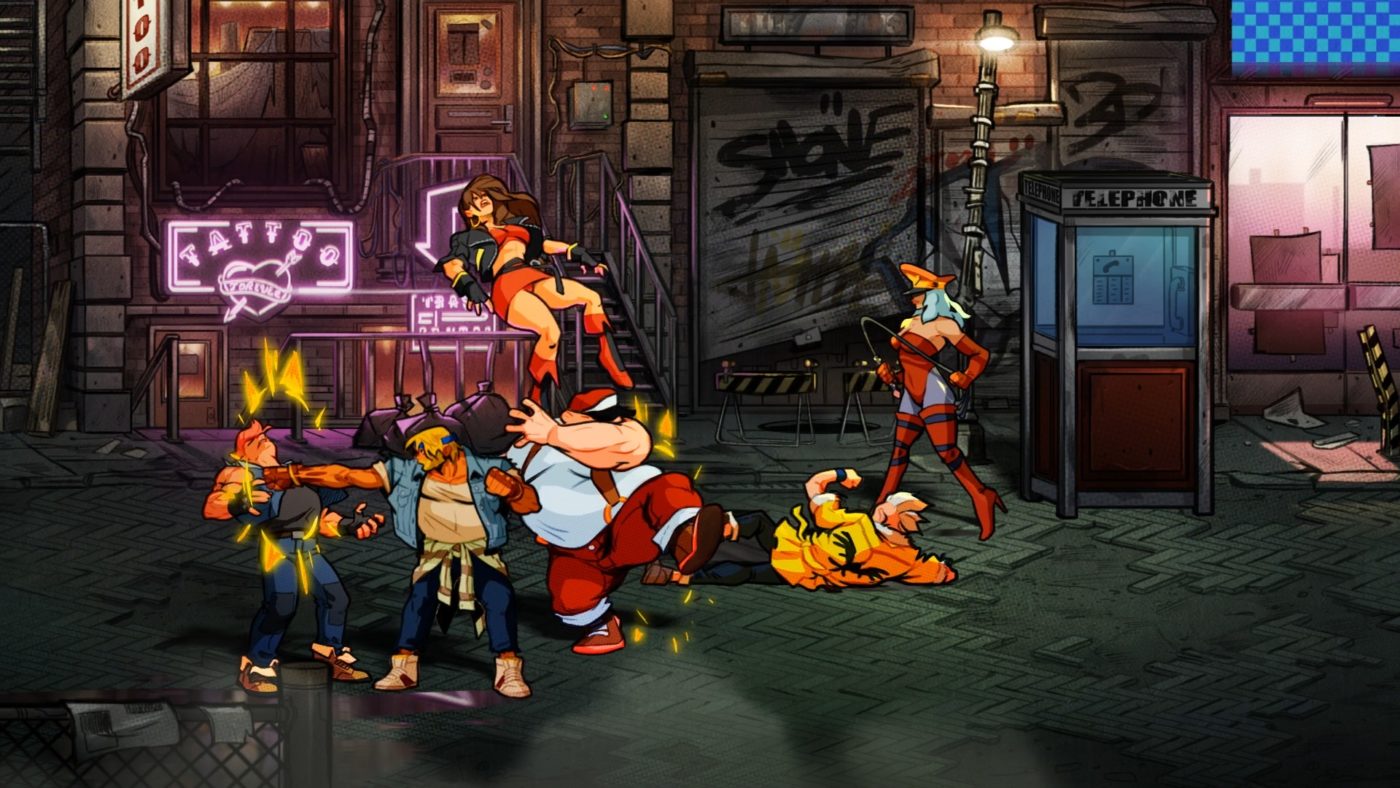 Of course, a beat-’em-up can’t be fun to play if the controls don’t work. That’s not a problem in Streets of Rage 4. The primary buttons you’ll use are (aside from the d-pad) the attack, jump and special attack buttons. You’ll never feel like the game didn’t respond the way you wanted it to, and pulling combos is a breeze once you get the hang of it. There are also special, screen-clearing attacks that are triggered by pressing triangle and circle, though they are limited, so use these sparingly to get out of a pinch, or as a topper in a major combo against a boss.

While a side-scrolling beat-’em-up might seem simple on paper. Dotemu managed to shake things up by having each character act and play differently from each other. If you’re having a hard time in a level, try switching characters and maybe that could be your ticket to clearing it. There’s your standard balanced character like Axel, and there are those focused on speed like Cherry, and a full-on brawler in Floyd. In addition to the four characters available from the start, players will unlock Cherry’s dad, Adam, in the latter parts of the game, and there are multiple hidden characters available as well (more on that later).

Aside from a variety in fighters, the stages themselves differ enough that you’ll have to be on your toes to make sure you don’t fall prey to the traps. Even the enemies are varied enough that aside from your usual enemies with different color variants, there are also those that behave differently. At the end of the game, I was quite impressed at how many enemy types there were, and each mostly requiring different tactics to take on. This became apparent when the game mixed and matched these enemy types to give gamers a proper challenge.

Overall, it took me roughly three hours to complete the game in normal difficulty. However, once you complete that, there’s a load more stuff to do. There are multiple difficulties to tackle (Mania being the hardest), retro skins/sprites for each fighter, new characters to unlock with their own movesets, gallery art and more. The devs have cleverly included a total score meter that fills up as you play the game, and once you reach certain tiers, will unlock new content for you to go on.

In addition to the standard Story mode, there’s the Arcade mode where you only get one life to complete the entire game (which is insane), a Boss Rush mode that has the player taking on the game’s bosses, and a Battle mode that let’s people play the game PvP. Sure, the game’s short, but it’s meant to be replayed repeatedly in order to obtain the highest grade in each level, and part of the meta of the game is getting better to the point that you’re just blowing past enemies (good luck with the perfect Trophy/Achievement where you need to go through an entire level without getting hit).

Available across all modes is online play. Unfortunately, I didn’t try this much and when I did, I experienced lag. The game does offer local co-op though, which is infinitely better for titles like these. 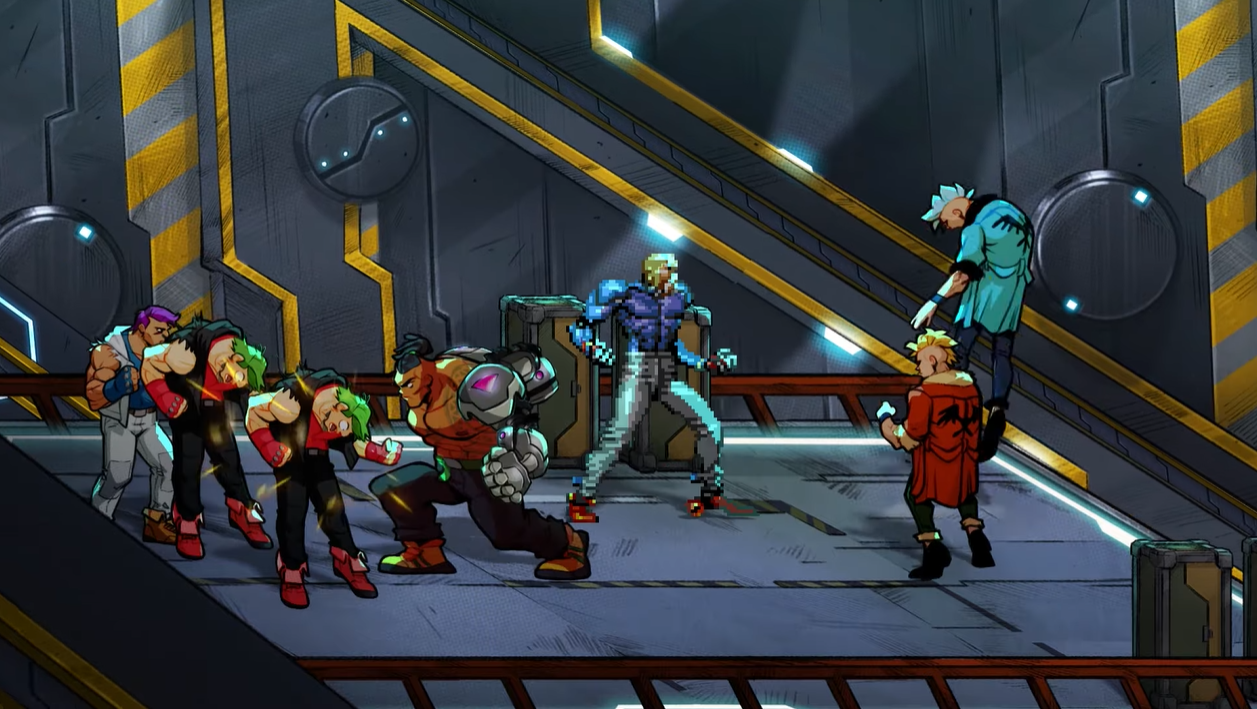 Ultimately, Streets of Rage 4 is a welcome throwback to the beat-’em-up genre, and a reminder why it became as popular as it did before. At the same time, Dotemu has designed the game to include modern day gaming conveniences and made sure to increase the replayability factor given how important that is for players these days.

Sure, the online play could use more work (if it works flawless for you, then that’s a non-issue at all), and the game is kinda short if you’re just planning on going through the story mode once and don’t plan on unlocking the other characters and other additional content, but outside of that, it’s hard to find fault at what Dotemu has crafted with Streets of Rage 4.

Not many studios can revive a long-dormant franchise and make it work while staying true to the franchise, but the developers did just that with Streets of Rage 4. Simply put, this is one street you’ll want to fight yourself out of. Oh, and if you have someone to play local co-op with, feel free to add another .5 to the overall score since these games are meant to be played cooperatively.

Streets of Rage 4 review code provided by the publsiher. Reviewed on the PS4. You can read MP1st’s review and scoring policy right here.