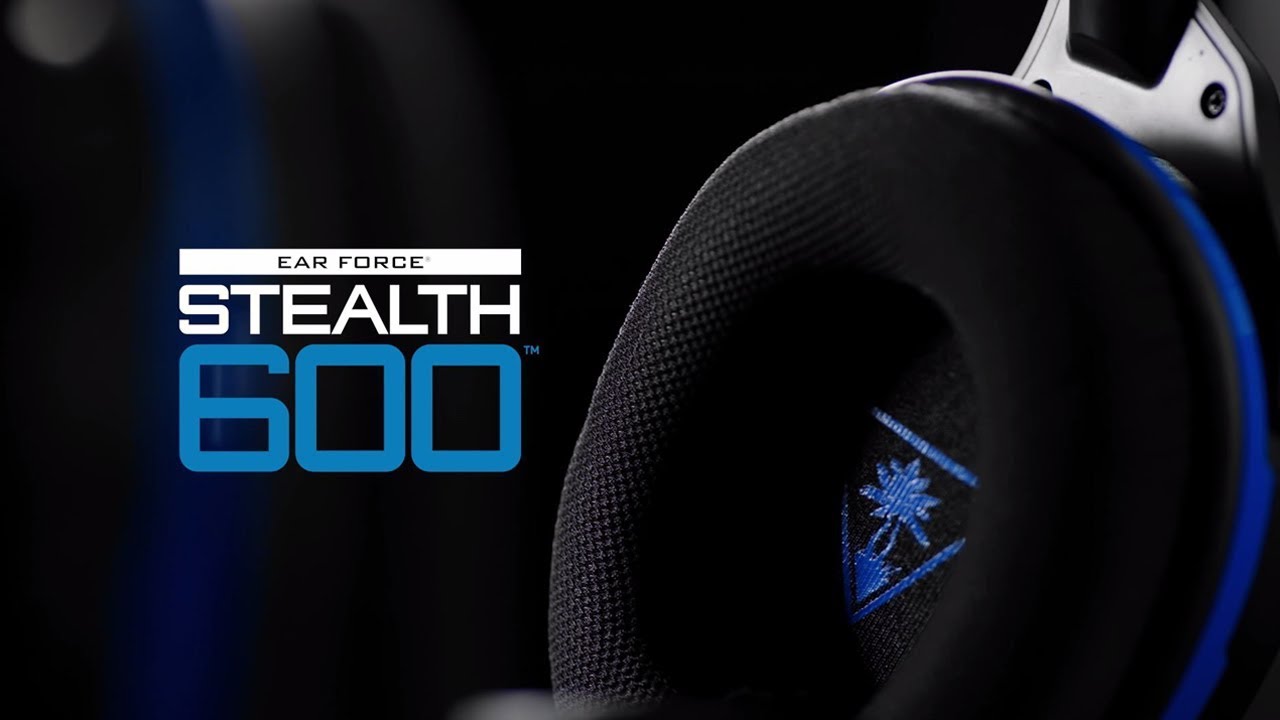 While gamers can play multiplayer games with their TV speakers, more and more players are opting to buy and use proper headsets — and with good reason. Not only do headsets give off better sound quality than your standard TV speakers, they can immerse you in the action better as well. And if that’s not enough, some headsets can even give you an advantage in multiplayer too!

This is the case with the Turtle Beach Stealth 600 headset. Touting something it calls “Superhuman hearing” on the box, it’s said to give wearers an advantage by letting them hear enemy footsteps at a much larger audio footprint, and even the direction it’s coming from as well. Is it a gimmick? Does it work? Short answer to both is: yes, which we’ll talk about in a bit. 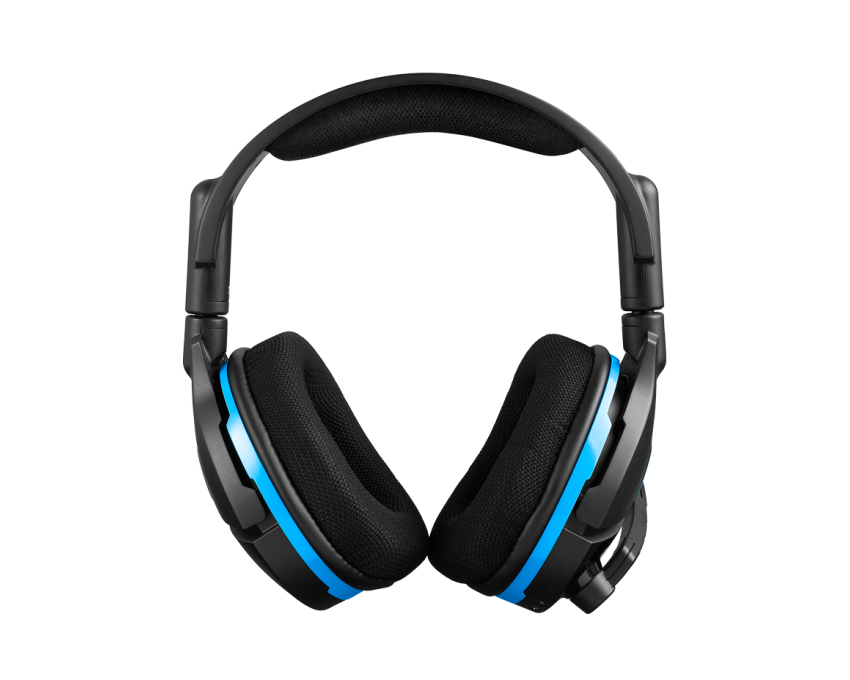 The Turtle Beach Stealth 600 for the PS4 (and Xbox One) is a wireless headset that has a frequency response of 20Hz-20kHz using 50mm-sized speakers. The outer casing is made out of sturdy plastic, with the headband and ear pieces having foam cushioning in the inside layer.

It’s quite comfortable to use even after hours of constant gaming. It’s not heavy at all, won’t get your hair caught up in any crevice, and best of all, has an amazing battery life. I don’t have hard numbers, but the official product specs list the Stealth 600 as having 15 hours of use before it needs a recharge. While I can’t confirm the 15-hour battery life, It’s definitely more than 10 hours given it survived a week (five full days) of two-hour Call of Duty/Battlefield sessions from me and still have enough juice.

Recharging it is easy enough with the supplied charging cable, and yes, it will recharge even if your console is in rest mode.

For the mic, it’s super easy to use. Just flip it down to chat, flip it up to turn it off. You’ll hear an audible beep when it’s on or off. Regarding volume controls for both audio and the mic, it’s changed by sweeping the dials up or down, which might seem simplistic, but it gets the job done. Just don’t expect any digital or numbered marker to see what volume level you’re at. Rounding out the controls are the power button, and mode button, which can be pressed and held to toggle. The “buttons” themselves are built into the headset’s plastic casing, with visible markings for each, though contrary to the dials, I would have preferred buttons for these for a less clunky feeling. 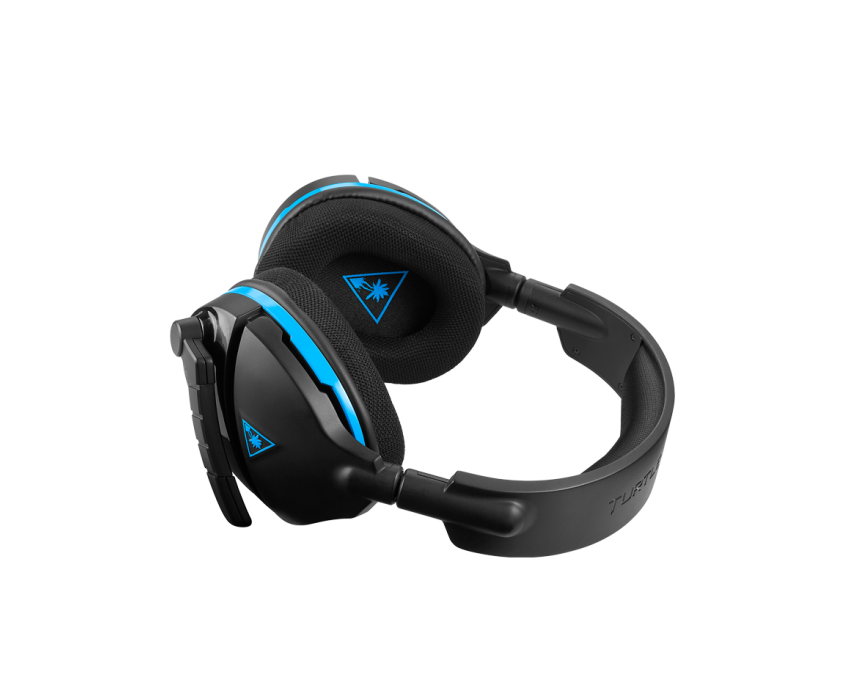 One thing I didn’t mention in the specs part that’s very much appreciated is how good the Turtle Beach Stealth 600 headset feels when wearing glasses. I’ve yet to feel the headset dig in, or have it weigh down my glasses during the entire time I used it.

For comfort, the padded ear cushions feel very comfortable, though they might soak up sweat if you’re playing in a hot environment. Rounding out the comfort features is the padded headband which also helps in making sure no hair gets stuck up there. Possibly the only minor gripe I have is the headset adjustment slider, which has the user pulling or pushing the headset bands until they find their preferred size. That said, once you sort it out, chances are you won’t tweak it over and over again, so it’s a minor annoyance at most. 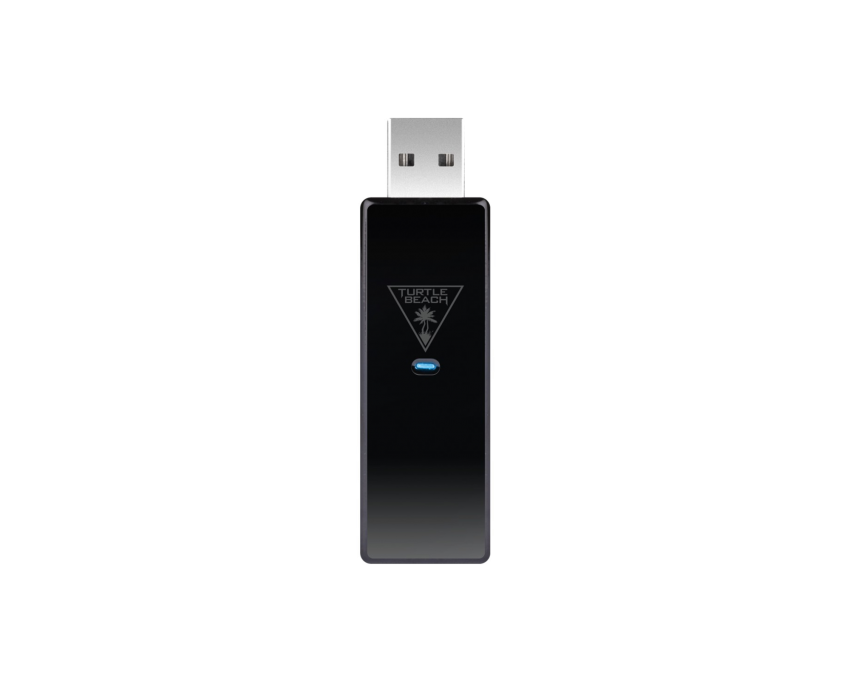 When it comes to actually using the Stealth 600 headset, it’s a breeze. Just plug in the USB dongle, match it with the headset (super easy to do), and voila! Using the mic is as easy as flipping it down (as I’ve mentioned previously), and turning the knobs to adjust the volume. For those wondering, there’s no mute button, though you can easily mute both the mic and the audio just by spinning the knobs downward (faster than buttons, in my opinion).

Sound quality is fantastic based on the games I played it with, and there a four modes to choose from: Bass Boost, Signature Sound, Bass and Treble, and Vocal Boost. Personal preference for me is the Bass Boost, and it brings a new layer of immersion when playing audio-heavy games like Battlefield 1.

There’s no tinny, canned sound from the 50mm speakers, which I admit,  I was surprised given the price point.

However, I do have a few nitpicks and chief among them is the way the headset seems to overtake the console when booting up. By this, I mean, say you have your PS4 in rest mode, and the USB dongle for the headset is connected, once you wake up from rest mode, it’ll automatically output sound via the headset even if you haven’t turned it on yet. Simple solution is to unplug the dongle after use or turn the headset on and off again, but it’s still a nitpick regardless.

Also, while the build quality has been sturdy enough for me (I sometimes throw the headset to the couch or carpeted floor to test it), some might not like the overall plastic feel and make. That said, I value comfort and function over style, so it’s not a big deal for me.

Some gamers might be checking out the Turtle Beach Stealth series for one thing and that’s for “Superhuman hearing,” and the big advantage it brings when it comes to gunfights.

If you’re looking for an affordable headset that will let you gain an advantage in multiplayer shooters, then the Turtle Beach Stealth series fits the bill. If that’s the only thing you’re after, then this is an easy buy for you.

The Superhuman hearing feature might sound like a marketing gimmick, but it honest-to-goodness works! Even for someone who’s not that big on relying on audio when it comes to shooters, I could easily tell if someone was near me or even the direction where they’re coming from (tested on both Call of Duty: WWII and Battlefield 1). Mind, I didn’t even use any “silent footsteps” or “make footsteps louder” perks but just relied on the headset’s innate feature.

Is it an unfair advantage? Maybe, but it won’t immediately turn you into a killing machine, though it will help in most instances where you’re trying to guess if there’s an enemy close to you or not. 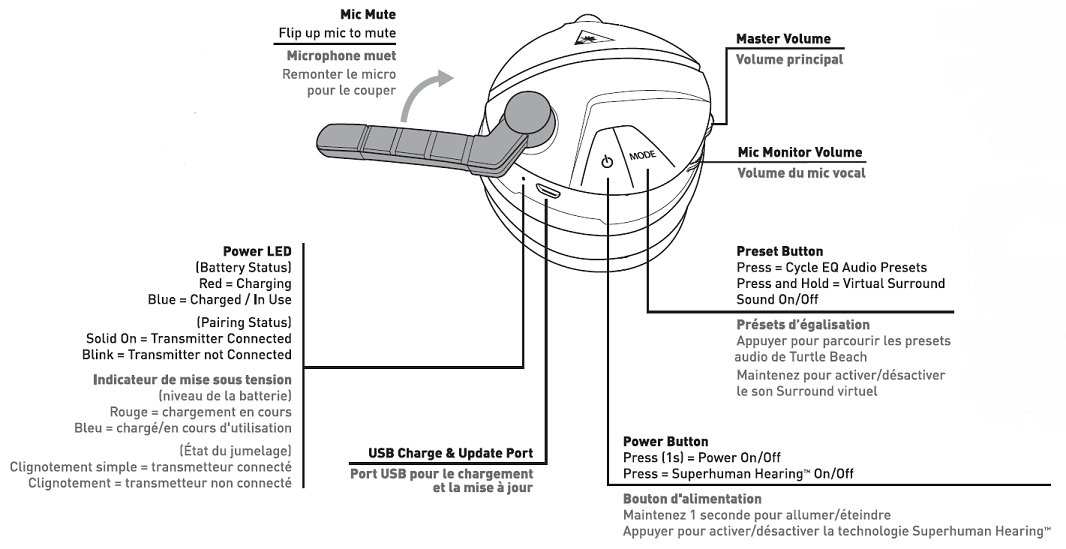 The closest headset I can compare the Turtle Beach Stealth 600 headset to is Sony’s PlayStation Gold Headset, which might look a lot sexier, but has an inferior build quality, and user interface when compared to the Stealth 600. If you’re looking for a good headset for the PS4 or Xbox One, then the Turtle Beach Stealth series is an easy buy. Add in that the 600 series is selling at just $99.95, then that choice is made a lot easier.

For those who want to pick it up for the “audio hack,” you’ll be glad to hear it works as intended. And for the rest who just want a competent headset at an attractive price point, then you just found your first must-buy video game hardware of 2018.