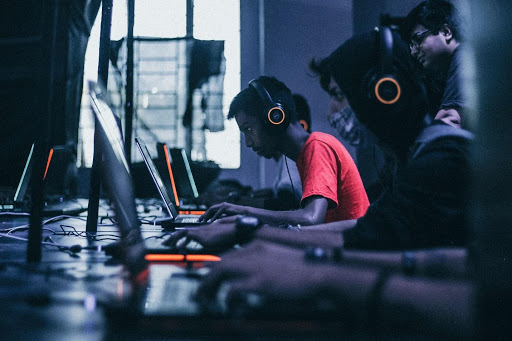 From the launch of the new PlayStation in November 2020 to today, more than six months later, the gaming device market is suffering from a severe shortage. Not only is it hard to get a PS5: there were also distribution problems with the Xbox Series X, the Nintendo Switch comes and goes off the shelves, and it is practically impossible to find a single store that stocks an RTX 3080. Some voices point to Bitcoin miners as responsible for the shortage of graphics cards, and while it may be true that they are acquiring quite a few, that doesn’t explain the shortage of consoles or even Ryzen processors, the most in demand among gamers. So what’s going on?

The simplest explanation: the pandemic

Yes, the pandemic is largely responsible for the problem, but not in the way many people think. The first effect of the pandemic was a cut in supply to factories producing electronic components and consoles, due to the containment measures enacted last year to contain the virus. This led to a few weeks’ delay in production, but since then these factories have been working at full capacity for several months and have even expanded their capacity to meet demand.

An unprecedented increase in demand

However, the pandemic had another effect that was more difficult to foresee. The confinement measures that forced us to spend so many months at home changed our consumption habits, and what we would previously have spent on bars, travel or cars, we spent on home entertainment. Sales of PCs, graphics cards and, of course, consoles soared. In order to meet demand, manufacturers need to have reliable forecasts about a year in advance, so they suddenly found themselves with demand far higher than expected… and factories closed.

2020, and so far in 2021, are definitely years in which home entertainment is the big star of entertainment. It is not only about gaming, but also about the consumption of streaming movies and series on platforms such as Netflix, HBO or Prime Video, and online sports betting apps and websites such as GamblingGuy. This boom caused the demand for consoles, graphics cards and PCs with Ryzen to skyrocket among users, but also triggered the demand for chipsets among streaming platforms, which suddenly had to respond to a much greater load on their network, forcing them to greatly expand their number of servers. The same was true for video conferencing platforms such as Zoom and Microsoft Teams.

All this coincided with a year of launches of new devices dedicated to gaming, which many had been waiting for years. The PS5 and Xbox Series X were released at almost the same time after months of speculation, and coincided with the launch of Nvidia’s GeForce RTX 3070 and 3080. All these new products released at the same time, right in a year of rising demand and production shortages, inevitably mean a cocktail where supply falls short of their huge demand, and, until they are matched, there will be shortages.

Bitcoin miners don’t need Playstations to make money, but they do need graphics cards and high-powered chipsets like the Ryzen 9. Partly because of the confinement, 2020 and 2021 have also seen the emergence of a new cryptocurrency bull run that has boosted the price of Bitcoin, and, with it, has overtaxed the miners managing the operations, so they have often used bots to acquire as many graphics cards as they can in the market. This strategy has also been used by speculators, but with consoles: they acquire them as soon as they go on sale, and then resell them at a higher price on platforms such as eBay or Wallapop.

The solution? Wait for it.

While manufacturers of products with low demand such as Apple or Intel are not having shortage problems – few people are interested in spending a thousand euros on an iPhone after spending a year in ERTE – companies such as Sony, Nvidia or AMD are doing everything possible to increase the pace of their production and be able to respond to demand. This effort is already being felt in the second-hand markets: PS5 resale prices are slowly catching up with new PS5 prices, which means that supply is increasing. Hopefully, we will only have to wait until the summer to see a return to normality in the gaming market, and then we will be able to fully enjoy our gaming hobby