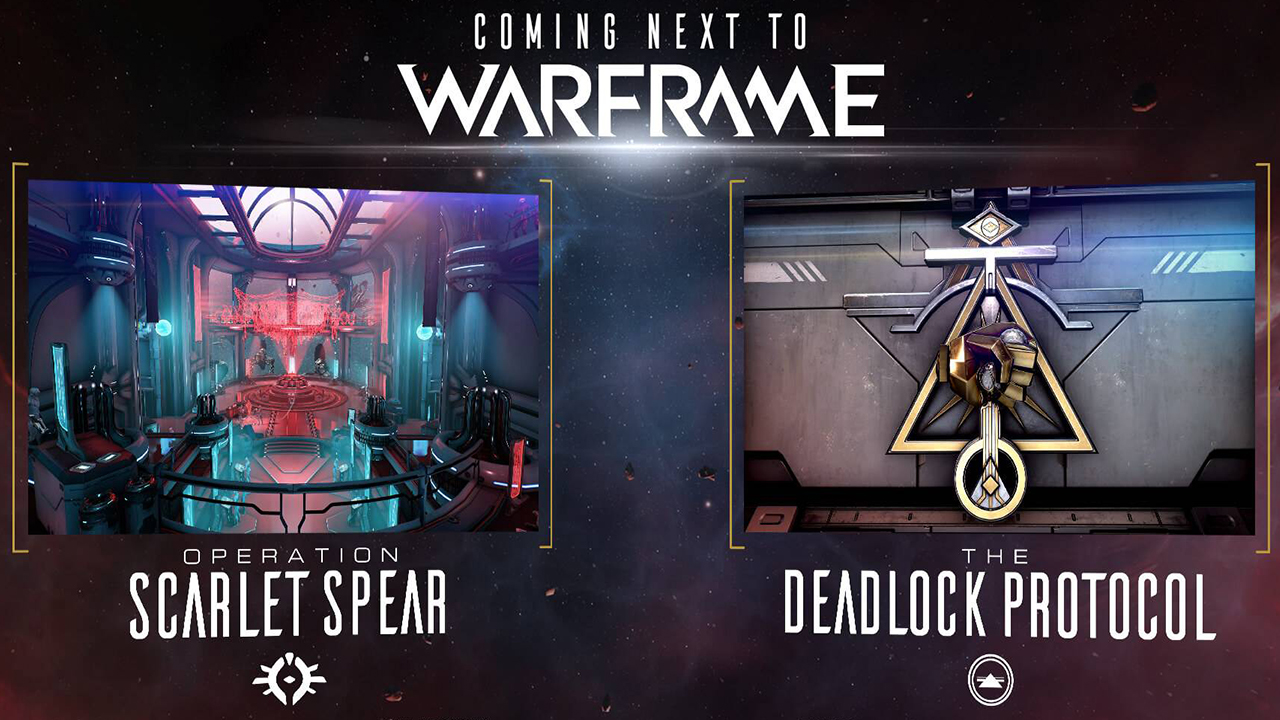 Two new Warframe events have been revealed along with another look at some Warframe Protea gameplay at today’s Warframe devstream.

Announced during the devstream, Warframe will be receiving a couple of new events in a future update. The sound team didn’t go too in-depth for the story of these events, considering the stream focus was on the game’s sound design, but they did give us some brief descriptions of both the events.

Operation Scarlet Spear – The Sentients Have Reached The Veil Proxima

Tenno squads in Raljacks and on the ground must link up their operations to quell the invasion.

The Deadlock Protocol – The Corpus Are Attempting A Resurrection

Uncover secrets about their founder and end their plans with the new Warframe, Protea, in a newly remastered tileset!

The newly remastered tileset has been described to bring a ” fresh new representation” for the Corpus faction, all while maintaining the original feel that everyone had for them. No time window was given as to when we can expect these to drop, though in the very least we know that the new Warframe, Protea will release with The Deadlock Protocol.

Missed it? Catch up on the latest Warframe News

And speaking of Protea, the devstream also showcased some brand-new gameplay footage of the new Warframe that you can check out below. Again, because this stream was centered around the sound design, the gameplay footage down below is also around that, seeing that this is the first time the Warframe has any sound to it.