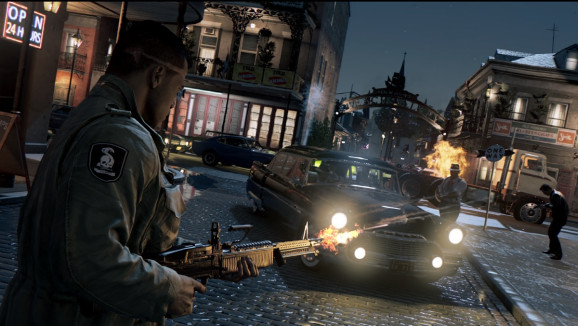 Fans of the Mafia gaming series may not have to wait too much longer to get their hands on the next instalment, with rumours flying about the possibility that the team at Hangar 13 are currently developing Mafia IV. A 2021 release date has been mooted, while a formal announcement may not be too far around the corner.

We can only speculate about what Mafia IV might look like until official information is released, so let’s do exactly that. Here are some new gameplay elements that could potentially make their way onto Mafia IV.

Mafia III dabbled with gambling through its ‘destroy slot machines’ objective, but a Vegas-based Mafia IV would likely allow the protagonist to run the casino and play the games themselves. Casino minigames are a feature in both the Red Dead and Grand Theft Auto series, but Mafia IV would surely look to differentiate itself from Rockstar’s output.

Hangar 13 would have the benefit of working with up-to-date slot technology, with platforms like Mr Gold Casino hosting a range of video slots that bring reels to life with rich graphics. That type of tech could enable minigames in Mafia IV to be the most immersive console casino fare yet, where players feel like they have stepped into a 1970s Vegas casino.

Tweaktown have compiled rumours leaked by a Reddit user claiming to have inside information about Mafia IV’s production. It should be stressed that these are all rumours, but the increased focus on in-game reputation does feel like a natural evolution for the Mafia series. The rumours indicate that your reputation and your personality will determine how NPCs interact with your character.

Run your empire in a just manner (while still being a mob boss) and you may gain favour within the city. Run your empire in a violent way and people may be more inclined to run away from you. This will be familiar to players of Skyrim, where NPC interactions can change based on your character’s behaviour.

Mafia IV may also borrow elements of police operations in GTA V, where cops will take you down if you attract too much attention. Alternatively, they may avoid you entirely if you’ve developed a fearsome reputation.

TripleADigest have posted a trilogy of videos outlining their desires for Mafia IV. Many of these suggestions are focused on expanding things that the Mafia series has done well in the past, rather than introducing a string of new features. However, one new feature that would be well received by most players would be the inclusion of multiple families in the game.

This would lay the groundwork for mob wars as your character fights to maintain control of their empire, also playing into a call for greater control over the planning and execution of mob hits. Make too many enemies and your empire could fall to another family, or you could manage your relationships wisely to keep opposition at bay.
Greater flexibility on key decisions and a more personal gameplay experience seem to be at the forefront of many gamers’ desires for Mafia IV. It is worth reiterating that any information is currently based on rumours and wishful thinking, but hopefully it won’t be too long until we have concrete details to fuel our excitement.