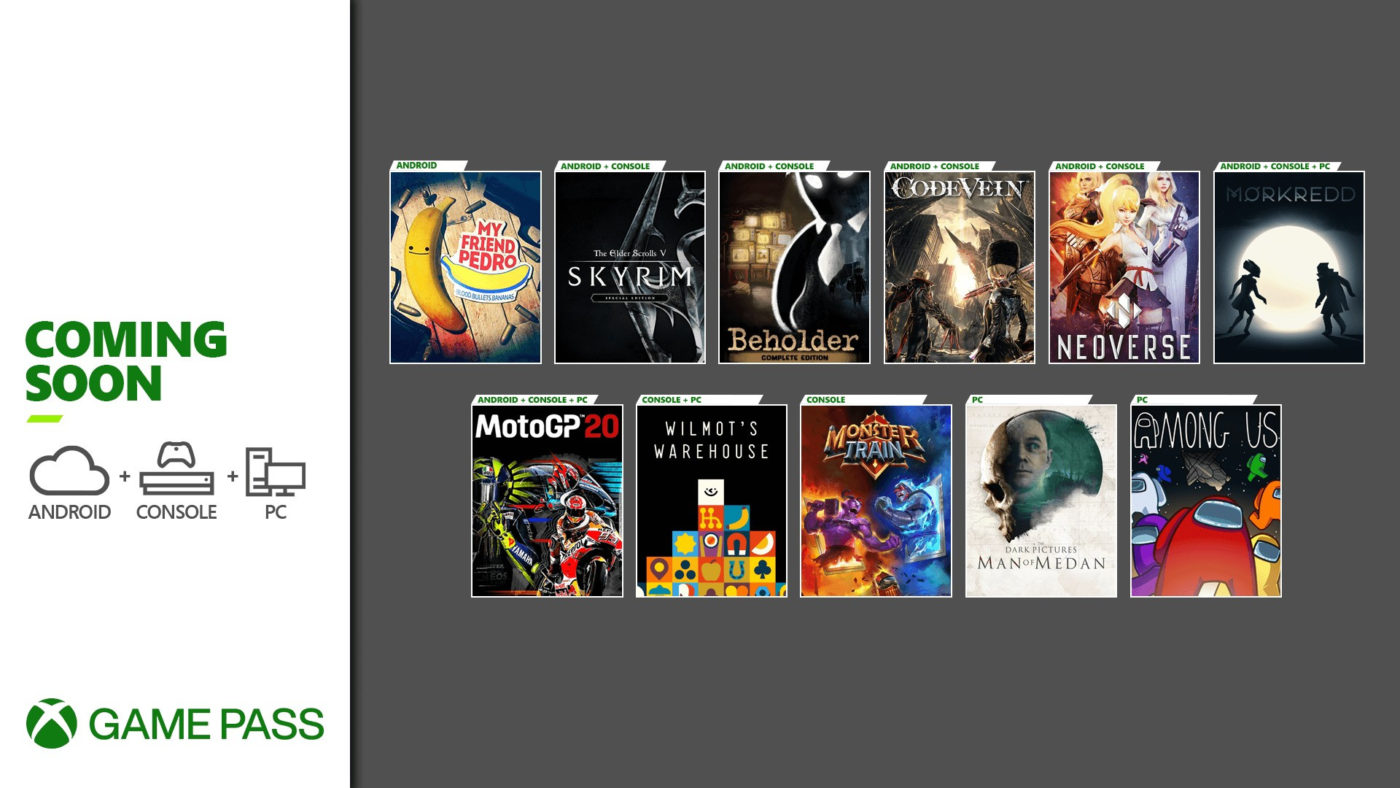 If you’re an Xbox fan and user, Microsoft is clearing the decks and prepping up some serious content for the Xbox Game Pass subscribers by showing off what’s coming this holiday season with a new trailer that premiered at The Game Awards — teasing games like The Elder Scrolls V Skyrim, Among Us, and the Yakuza Remastered games coming to the service!

Here’s the announce trailer released by Microsoft and featured on Xbox.com.

As featured in the footage, here’s the list of games that are coming to Xbox Game Pass pretty soon.

Microsoft has also confirmed that EA Play is coming to PC at no additional cost for Xbox Game Pass Ultimate and PC members this December 15. Additionally, those who haven’t gotten Xbox Game Pass Ultimate yet can avail all the games and benefits for the first three months for just a dollar for a limited time. For more information and details, go on over to Xbox.com.

Be sure to follow more updates and features right here on MP1st.