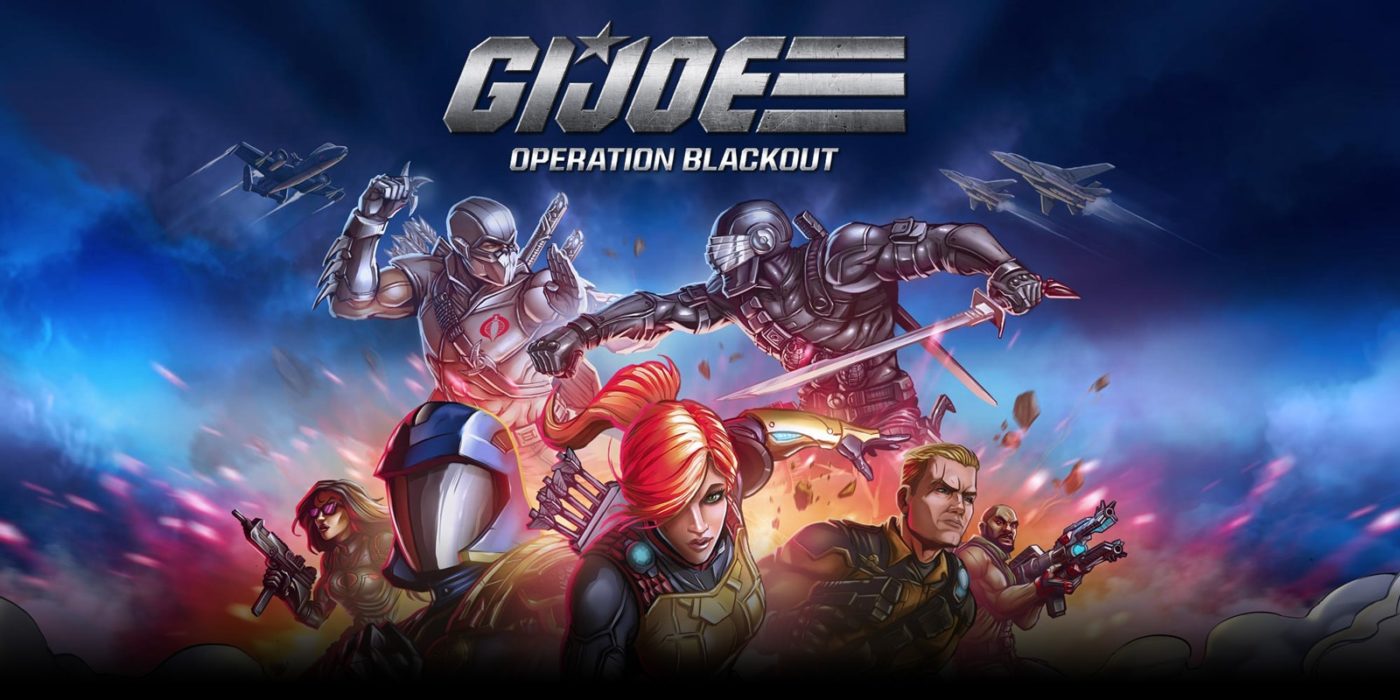 I’m a lifelong G.I. Joe fan. Before even the cartoon that most people my age remember; I was a fan of the Larry Hama comic from Marvel. Unlike the cartoon, it was dark. Characters died. Parachutes didn’t miraculously appear after every plane explosion. No laser guns, and it was great. I collected the first few runs of figures. I had the generation one version of Snake Eyes with and without the swivel arm. And while my love of the figures came from the comics, I also very much enjoyed the original cartoon. Sure, Cobra looked cool, but they were largely inept at every plan, large and small, was foiled by G.I. Joe. All of this pre-amble is to illustrate how excited I was about G.I. Joe: Operation Blackout and sadly, I was in for a rude awakening. Read on for our GI Joe Operation Blackout review.

The Name of the Game Is Repetition

While it bears a fairly faithful aesthetic, the gameplay is mind-numbingly repetitive. With the exception of a few virtually on-rails vehicle missions, the majority of the game is whatever character you’ve chosen at the start of the mission (depending on the mission, you will play as either a Joe or Cobra member), running through uninspired levels, mowing down Battle Android Troopers (BATS). Yes, you fight BATS even if you’re playing as a member of Cobra. Not even Cobra Troopers, Crimson Guard, nothing. Occasionally you will have a “boss” form of a named character, but for the most part, the gameplay really is fighting through enemies until you get to the end of a mission. Even worse, the game will make you play the other side of the conflict and run through the same uninspired level from the end to the beginning.

This concept wouldn’t be so bad if the gameplay changed significantly based on the character you’ve chosen but beyond the type of gun they’re using, it really doesn’t. Storm Shadow plays like every other character except he starts the mission with a sub-machine gun — as does Snake Eyes. You have characters like Scarlet whose main weapon is a crossbow, Duke who uses an assault rifle, and so on. The key differences are the “stats” you can see before selecting a character for each mission such as speed, shield, and firepower. These offer some variation but ultimately they really don’t make much difference to the repetitive nature of each mission. Operation Blackout offers “Ultimates” which are in theory are supposed to give players a limited time advantage. The problem is, the game doesn’t tell you what each character’s ultimate does. Some are obvious like Cobra Commander having a poisonous cloud, Zartan can cloak (which is broken when he fires), and Scarlet’s bolts get electric charged. But I still can’t tell you what Lady Jaye’s does, or Snake Eyes and Storm Shadow. It just reeks of half-assedness.

The monotony of the gameplay is broken up occasionally by vehicle missions in which the vehicle you’re in is basically always moving forward and you can steer left and right, boost and slow down all while shooting enemies that try to attack you. It’s pretty boring, uninspired gameplay. There’s also a multiplayer mode that I didn’t even bother with because quite frankly, I just don’t hate myself.

And ultimately, that is what G.I. Joe: Operation Blackout is, boring and uninspired. There are a ton of good ideas that could come from a G.I. Joe game in which you can play from both sides of the Joe vs Cobra conflict, and none of them are used here. It’s a shame that the license couldn’t be used for a much better game.

If you liked our review please let us know in the comments, and if you plan on buying Mortal Shell, be sure to visit back tomorrow as we will have a number of guides on our official Mortal Shell guide page.