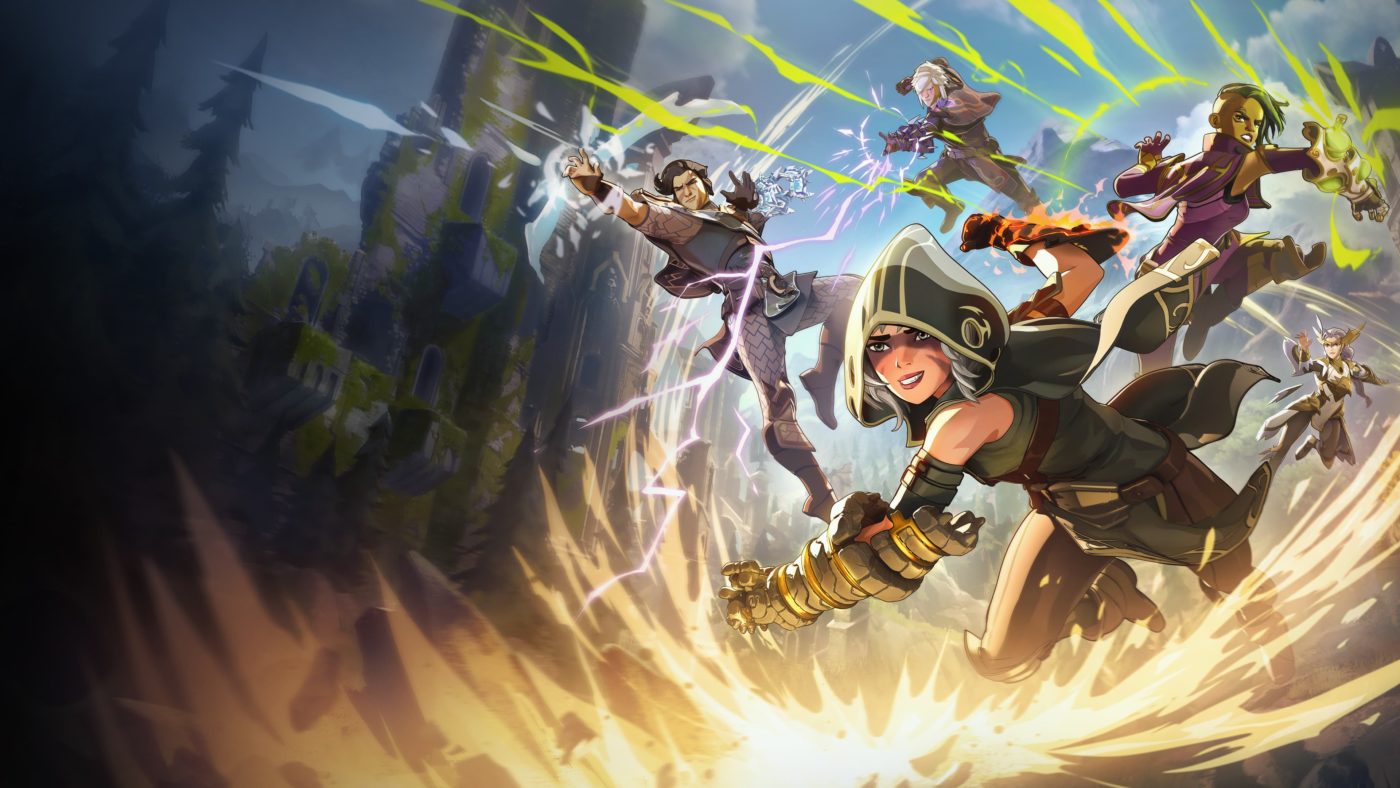 It might feel like the battle royale genre is overflowing with games vying for your attention, and you would be correct on that. Fortnite, Apex Legends, Warzone, and even Ubisoft’s recently released Hyper Scape have thrown their name into the free-to-play battle royale space. Proletariat is a small indie studio that is attempting to throw their hat into the ring with Spellbreak. Instead of guns and grenades being the weapons of choice, it’s all about casting magic spells as players attempt to be the last battlemage team standing. read on for our full Spellbreak review!

No Wands Are Needed Here

Spellbreak brings many different ideas that we have yet to see in the BR genre and its a breath of fresh air. Before jumping into a game, players must choose what type of magic gauntlet they want to fight with. There are six to choose from, and they range from the typical fire and ice to more unorthodox types like stone (earth) and poison (toxic). Each one comes with two different spells, a basic attack and a heavy attack, which requires a cool down after each use. The gauntlet you choose is the one you cannot change in a match and stays on your right hand, but you can scavenge the map for all the other five gauntlets and use both types of spells. You cannot swap out the primary gauntlet you chose initially, but as you make it deeper into the match, you will level up new bonuses unique to each starting elemental gauntlet. Where the fun comes in is when you start combining spells from your starting magic and those that you pick up around the map. There are dozens of different combos, and when I selected the wind type and combined its tornado heavy attack with a fire gauntlet, a fire tornado starts, and it never gets old. 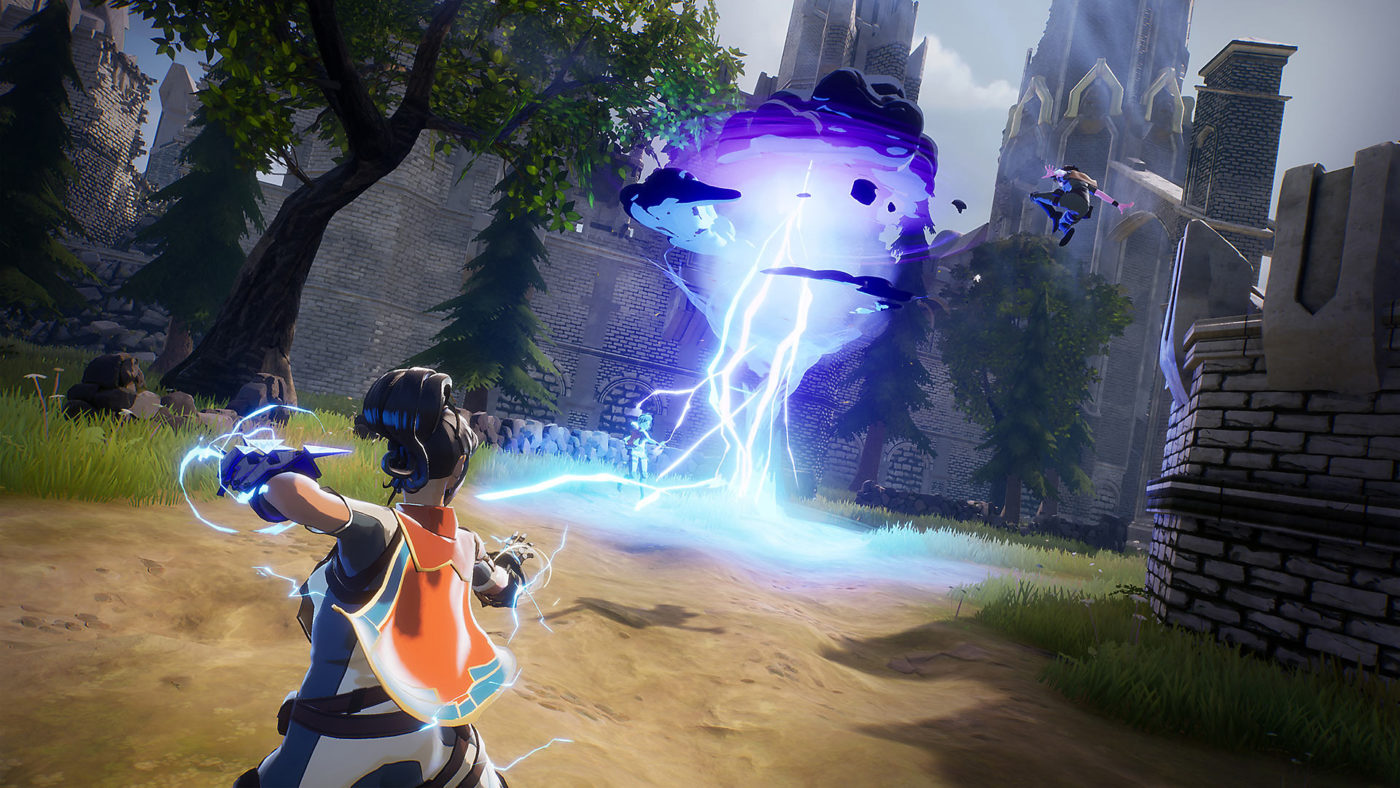 All of this doesn’t require any ammo; it all comes from your mana meter, which controls almost everything you do. Jumping and casting spells all need you to use your mana, and it regenerates reasonably quickly, but I figured out once I knew how to manage my mana meter properly, I could win spell fights might quicker. It’s a fresh new idea that allows people to become good at the game quickly, but very difficult to master. All gauntlets have their pros and cons and come in handy for different situations, and knowing when to get into fights that benefit your team based on what spells you have on you makes you think before you go rushing in. Not worrying about picking up ammo and having the game rely on the player’s ability to hit their spells makes the skill gap much higher.

What’s the Spell for New Scenery?

You start the match choosing a portal for you and your team drop out of, and the portal will turn red on your map if another group is choosing to drop out of the same portal. This is where Spellbreak’s most significant flaw comes in, the map. It was tough for me to tell even remotely where I was after I dropped because the map is very bland. The game requires all open areas to make sure close-quarters spells (like the poison gauntlet that leaves toxic sludge on the ground) are not overpowered. This is the downside to having a vertical ( I say vertical because you will be doing a ton of jumping when you engage in a fight) based BR that requires open space. Spellbreak does keep true to its medieval fantasy setting; old broken down castles and stone-based structures litter the map, but no part of the map has anything that stands out and makes you say, ” Hey, I want to drop here because it’s interesting.” 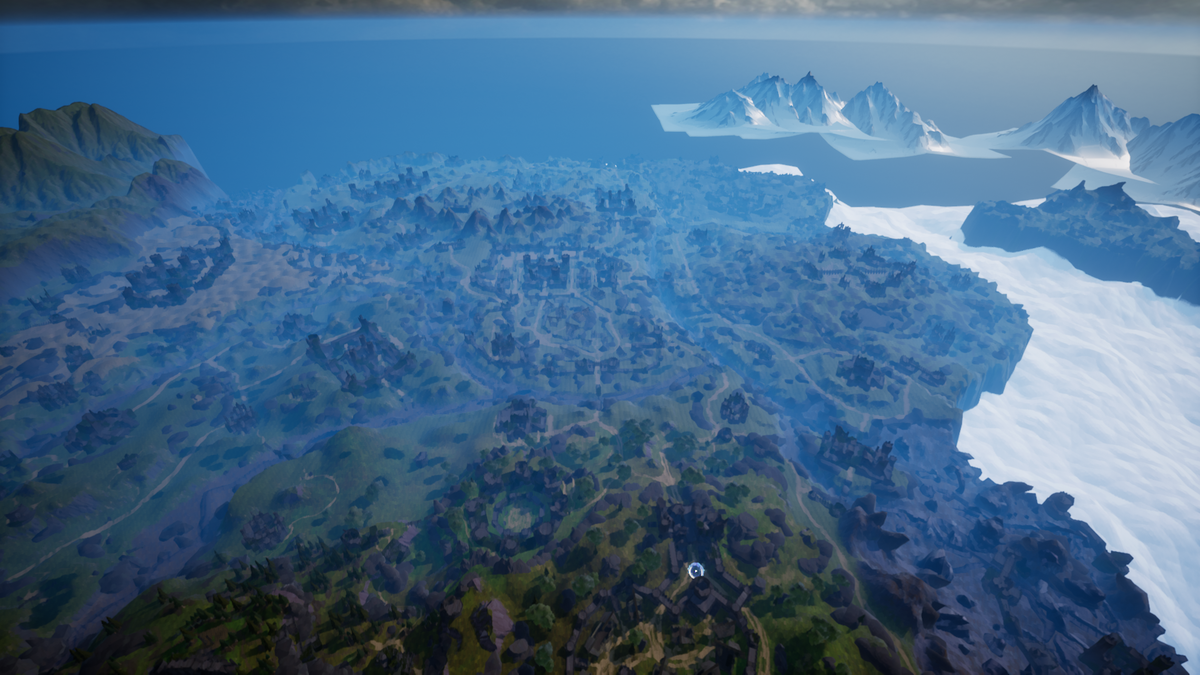 The loot also has its set of problems. Most of the time, you are just looking for upgraded gauntlets, but three loot types are on the map. The main ones are your wearables: necklaces, boots, and belts, which upgrade your mana pool, running speed, and armour. The other two include movement abilities like teleport or invisibility that can be swapped out whenever and scrolls, which are used to level up three perks selected at the start of the game. The biggest issue is how loot is relatively dull, and how it can sometimes sit on top of other types of loot to make picking up the item you want difficult. Seeing a high tier orange gauntlet doesn’t get me excited because, after around six hours of play, I still wasn’t sure what made it all that much better than a blue or purple one.

The gameplay of Spellbreak cannot be called anything but different. Floating around the map is a fun way to traverse instead of running like most BRs. When you get into a fight, the chaos that ensues is crazy, as you watch firewalls and tornadoes fly all over the place. This is especially true when three or more teams engage in one colossal battle. The downside is that it can become challenging to know your teammates’ spells and what enemies are. Movement in battles and staying on the go at all times is critical in Spellbreak. I found myself always dying when I stopped to heal in one place, or I sat trying to loot for too long because many spells will damage over time (fire and poison, for example) that will stay on the ground for a short while after they are cast. To permanently kill someone and stop them from being revived, you must stand still and exile their floating ball. This is where you have to choose to be vulnerable or wait to kill the rest of the squad. This is where Spellbreak’s biggest flaw shows, communications with your team. If you’re playing with randoms or without a mic, the ping system is not great. You have two marks, one for direction and one for enemies, that’s it. In a post Apex world, every battle royale needs to have a ping system that can be intuitive and allow you to communicate just as well without a mic. I hope to see Spellbreak make improvements to it because the groundwork is there. 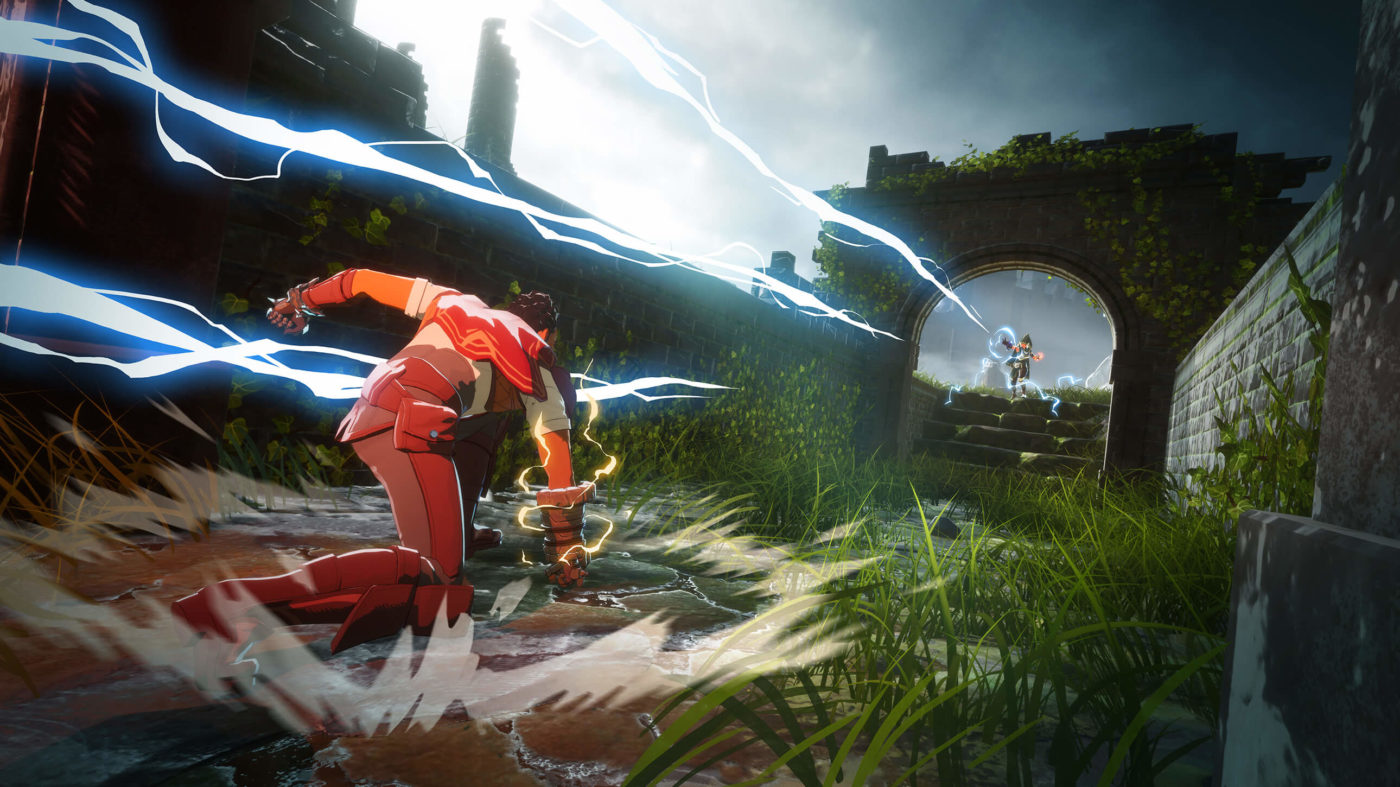 Spellbreak is a fun new take on the BR genre, one that I think will differentiate itself enough away from the big hitters. The early access version that is out is surprisingly polished, and while I did have a fun time with the game, I’m more interested in seeing what they bring down the line for the map and new spells.

Spellbreak reviewed on Xbox One. You can read SP1st and MP1st’s review and scoring policy right here. Spellbreak is a free-to-play title that’s out now on PS4, Xbox One, and PC.