News 10 After teasing Uncharted 3 players for weeks, Naughty Dog is finally gearing up for the release of patch 1.13. The patch is set to launch August 1st and will bring many new gameplay fixes, some new DLC, and a brand new game system. This is only the first of the many patch notes coming for […]

News 32 Infinity Ward has published the fix list for the latest title updates for Modern Warfare 3 on PC and PS3. The PC patch is now live (version 1.8.423). However, the PlayStation 3 patch is not available at the time of writing, but should go live soon. Patch 1.15 for PS3 was originally announced to release in mid-June, […]

News 11 Patch notes for the latest Modern Warfare 3 patches for Xbox 360 and PS3 have finally been released. Thanks to MP1st reader Gav, here’s the fix list and trophies for patch 1.12, title update #12, for PlayStation 3: PS3 Title Update 12, which weighs in at 27 MB, released on April 12th. Support for multiplayer map Blackbox […] 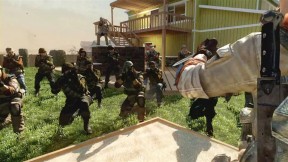 News 3 Josh Olin, Treyarch’s Community Manager, has just announced that Black Ops got patched on both consoles. The Ps3 version of Black Ops received the patch earlier today in preparation for the upcoming release of Rezurrection DLC, September 22nd. If you’re a hardened or prestige edtion owner, make sure to read this guide to claim the DLC for free. Here […]