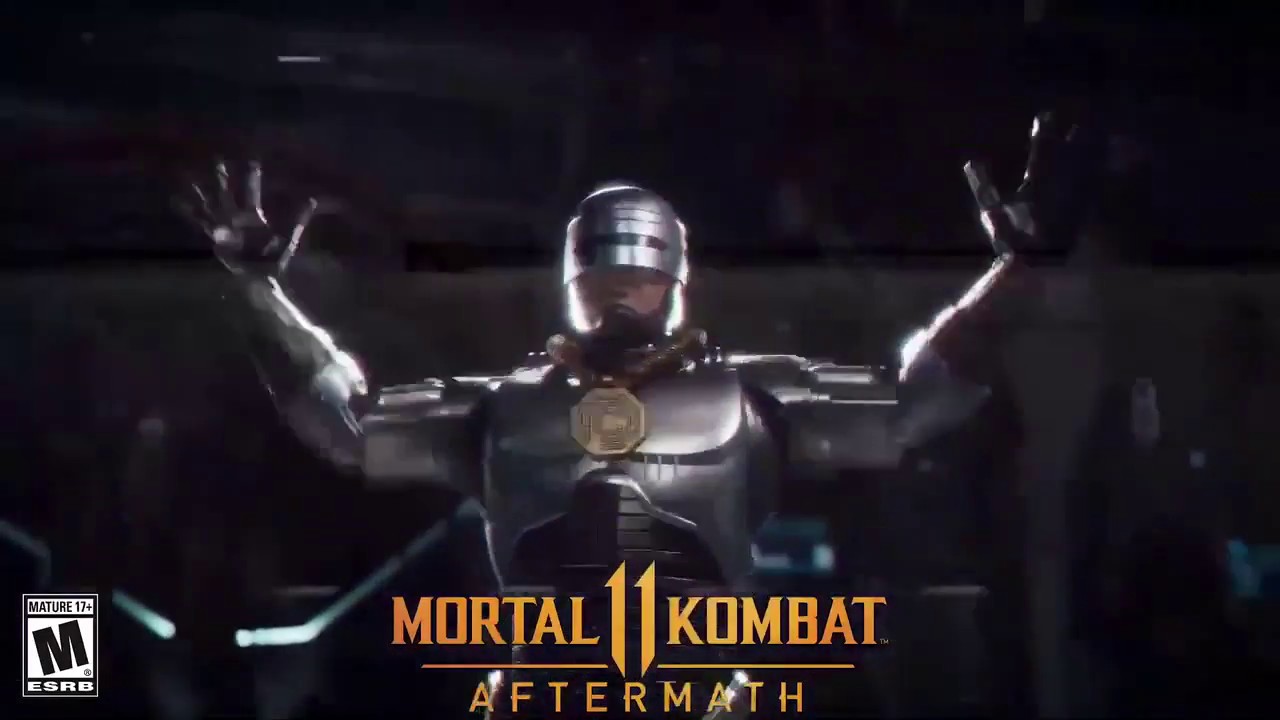 In case you didn’t know, RoboCop will be joining the roster of Mortal Kombat 11 thanks to the upcoming Aftermath DLC. Aside from that, Friendships are also coming for free too. If you ever wanted to see the Mortal Kombat 11 RoboCop Friendship finisher, here’s your chance!

I have to say, this might be one of the funniest things I’ve seen in a while given that RoboCop does, well, just go watch it for yourself.

In addition to the Mortal Kombat 11 RoboCop Friendship reveal, we now have the official “Meet Sheeva” trailer, featuring, well, Sheeva!

The MK11 Aftermath DLC will introduce a new chapter in the MK11 storyline. We’ve gotten a glimpse of that thanks to the launch trailer released earlier this past week.

For more on RoboCop in Mortal Kombat 11, we’ve posted the trailers pitting him against the Terminator, and a look at some of the alternate skins available for the character once the DLC is released.

Mortal Kombat 11 Aftermath will be out this May 26 for the PS4, Xbox One, Nintendo Switch and PC.