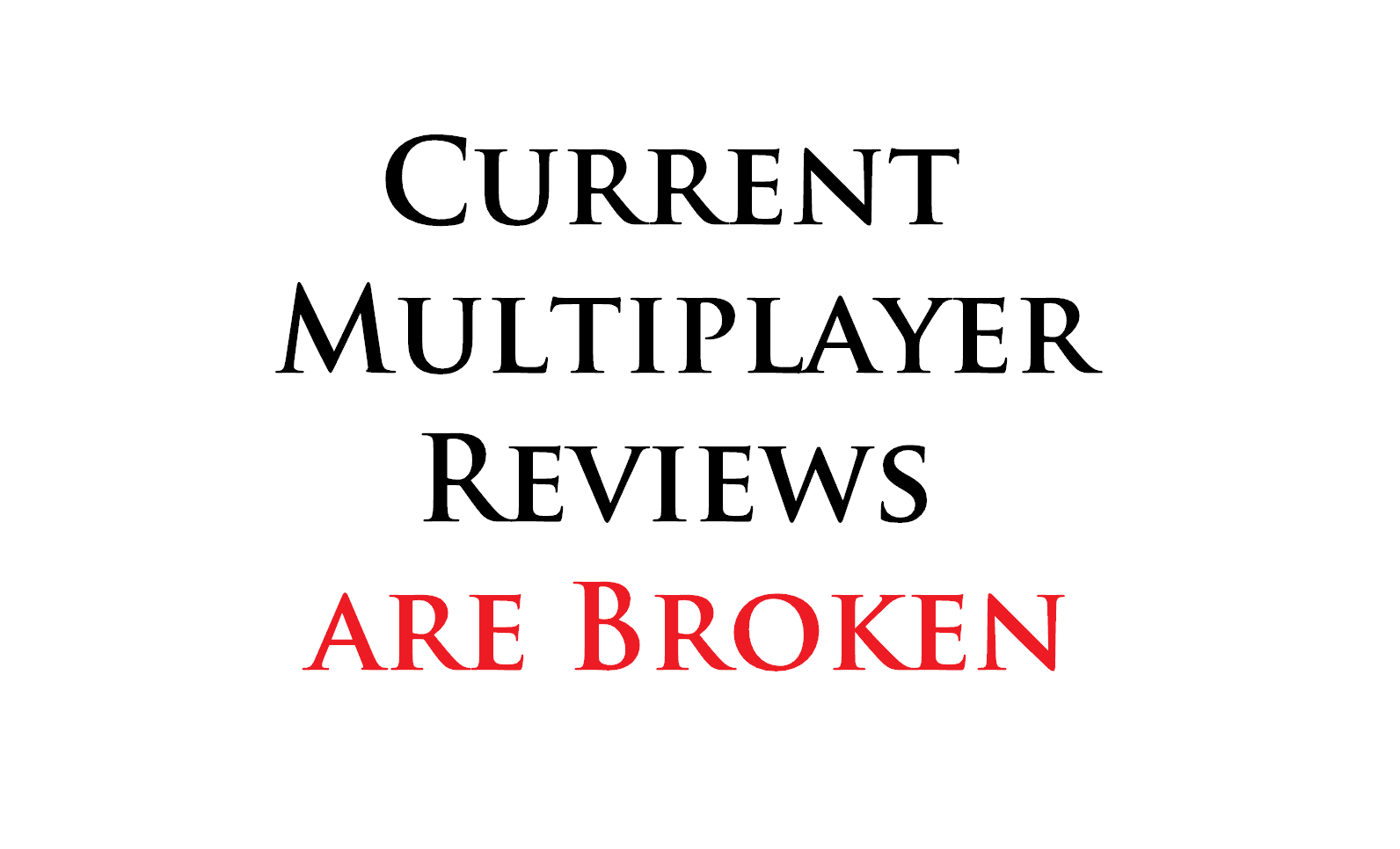 Tomorrow, MP1st turns one month old, and this is my first feature to celebrate this occasion. To all of you loyal MP1st readers, I can’t thank you enough for making MP1st a success.

We live in a time and age where post launch support is crucial to any game’s success, especially on the multiplayer front. Developers and community managers are spending countless number of hours fine tuning and expanding on the original game. However, many big and small gaming sites just publish a review on launch day and leave it to collect dust (or views if you know what I mean). By post launch support, I don’t mean paid DLC and add-ons, it’s the patches and free add-ons that I’m examining. The way I see it, any paid DLC warrants its own review, not a revision to the original game’s review. My thinking here is in line with other publications, which do post separate reviews for DLC. On another note, not only should patches alter a review, but if a glitch/hack becomes popular and begins to hinder the gamer’s experience, then it should be included in the review until it’s addressed by the developers or not. Another thing that should be factored into revisited reviews are, not glitches, but rather gameplay mechanics such as One Man Army with grenade launchers, in Modern Warfare 2, becomes more widespread, or dare I say exploited. This in turn affects game balance and should be reflected upon in the review. Remember, people and sites that do day one reviews haven’t had a chance to play multiplayer with the general masses, so those glitches and balancing issues haven’t even surfaced yet.

Enter multiplayer to the mix and post launch support is more important than ever. Post launch support for multiplayer can make or break a game. To point this out further, please check out MP1st other co-founder’s, Veselka, article on how Crysis 2’s multiplayer died, cleverly titled “Community in Crysis”. Unfortunately, the fact is many sites rarely update their reviews. This lack-of-updates phenomena was one of the reasons that prompted Veselka and I to start this website. Read here for more about why MP1st came into existence. The MP1st ideology, which you may share, is to only review games that we believe we can support post launch. Yes, it’s the dynamic way.

The New System and Examples

This brings me to my next point: Dynamic Reviews, copyright pending. The whole idea behind this concept is to patch a game’s review every time the game itself is patched. For a couple of examples, Treyarch watered down (nerfed) the AK74 and Famas in Call of Duty Black Ops because those weapons were kind of overpowered at launch. From the Battlefield series, the Siaga-12 in Bad Company 2, was overpowered in long range and was subsequently toned down. Now, if dynamic reviews had existed at these games’ launch dates and we reviewed them, then we would’ve touched on these overpowered weapons to let you, our awesome readers, know which weapons you should use and make sure that you know that the multiplayer balance is not top notch. Take, for example, a game which review had to be revisited multiple times, Grand Turismo 5. It’s a game I haven’t personally played, but I have been following every tidbit about it. GT5 has been patched 11 times. Many of these patches didn’t just address some gameplay mechanics but added new game modes and more. In terms of hacks/glitches, how can I forget the ridiculous javelin or infinite care package glitch from Modern Warfare 2 that dragged on for way too long (months).

In this part, I’m not going to touch on what qualifies a person to review multiplayer in games, or how to go about it, and such. These topics might be of another feature. Back on topic, I like checking review scores, collectively on metacritic and individually. If a reviewer is in line with my thinking in some particular genre, then I put more weight to their review and consequently their score. Don’t get me wrong, I like scoreless reviews as well; a score is an added thin layer to a review and doesn’t stand on its own. A review’s score could also be revisited with every patch or a popular hack. If Modern Warfare 2 had received an ‘8’ at launch, the score should be altered after the aforementioned glitches got popular, and when they got fixed the score would reflect that as well. This sounds cumbersome to “traditional” reviewers, but if you are part of a game’s community for months, then updating reviews only makes sense. However, updating a game’s review score, or even scoring games in the first place, isn’t really necessary, it depends on each reviewer’s vision.

Our Responsibility and Defense of the Old System

The out-of-the-box-mentality is lazy but has some merit. Many sites and reviewers always hide behind this argument. The argument is that people who buy the game will experience what’s on the disk. This is true for singleplayer and maybe co-op because gamers can play these modes without an internet connection, but this argument doesn’t hold an ounce of water when multiplayer comes into play. Almost all mp related patches are required in order for the player to actually play the game online. Therefore, a not-too-hardcore-gamer who’s interested in buying, for example, Gran Turismo 5 right now, at a little under a year since its release with 11 patches exactly, and goes on their favorite site to find out that day one GT5 isn’t what they covet, they wouldn’t buy the game. That’s a sale lost because of the lack of review updates, and I believe it is our responsibility as gaming press to not only serve our readers but also the developers who worked hard pre and post release on their games. Basically, day one review is rarely representative of a year old game that focuses heavily on multiplayer. A case to be made for the old system, if the reviewer is long gone from the site, then an editor-in-chief should try to find someone else to play the game after a patch or a popular glitch comes to existence. If it is impossible to do every single game justice, then start with the popular ones that have massive online communities behind them. It’s a good start. These online communities, like us, tend to be vocal and maybe start fan sites or multiplayer websites.

We are firm believers in dynamic reviews, and we’d be happy if other gaming sites were to adopt this system. It all boils down to supporting a game’s community, and this hypothetical community is bleeding new members because some rely on reviews in their decision making. The system is unfair to gamers and developers alike. If you’re still here and share some of our opinions and what MP1st stands for, then please share this article with whoever you can from friends to game developers. I really want this message to get across to as many gamers as possible.

A huge thank you goes to my fellow editors, Veselka and Graham, for their help on this article.

What are your thoughts? Do you think the current review system does multiplayer justice?