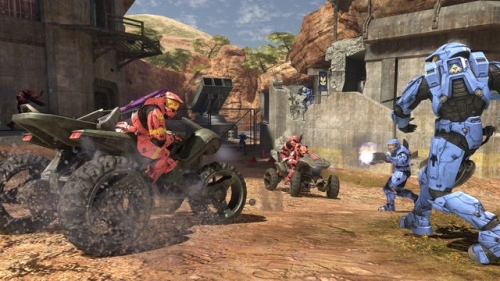 Multiplayer in games today is huge. Ten years ago, we were lugging our Xboxes over to our friend’s house while PC gamers have always enjoyed the power of online frag fests. Flash forward to 2011, and now the Xbox, PS3, and other consoles/handhelds have those same capabilities along with the PC, and we can all enjoy multiplayer, whether it be online or spilt-screen. But still a question myst be asked of any game developer’s foray into multiplayer: Is it necessary and/or what makes your game different?

Here are five things that make multiplayer work, and what developers should do to stand out from the crowd:

What makes the gamer keep playing your game, or specifically multiplayer for that matter? Why do I want to level up, what new weapon do I unlock, what perks? What entices me to keep going? What makes me what reach the last rank of the game? This my friends is the “The Carrot Factor.” What is it you ask? It’s the object the developer puts in front of you when you’re ranking up. It’s something new to help your experience feel better and more rewarding. It’s that new scope, gun, or attachment. It’s the object of your desire to make you feel like a badass. “The Carrot Factor”  is the driving force of any multiplayer game that wants to thrive in the Call of Duty and Battlefield world and ultimately keep your attention on that particular title for a little while longer.

For the love of all that is great in multiplayer gaming, if you don’t have matchmaking….don’t even have multiplayer. In fact, just abandon the idea of it…entirely. Matchmaking is the system that helps gamers play not just with other players, but with people whom they can (hopefully) play a fair and honest game with. What I mean with that is that if I play a game of CoD, and I’m a level 12 I want to be matched up with other level 12’s or maybe even a level 13 or 14. Hell, anything that doesn’t jump into the twenties is perfect, but don’t throw me in a match with level 50’s or Prestige whores who laugh at my low rank. I want to play with my skill level. Now there are some exceptions to this, like co-op or a “horde” like mode, but even still retain some form of matchmaking. Matchmaking is the balance of all multiplayer games, and it keeps everything  in some form of coherent unison. When I jump into multiplayer, I want to play with people I can adequately compete with, and people I can in some way stand up too even when my team and I are getting a beat down. Matchmaking is the web of multiplayer. It connects everything together, makes the most balanced games possible, even if hackers, and glitches pop up from time to time. But no matter what, if you want your multiplayer  to even have a pulse, you must make sure the players are connected through the web of matchmaking. Want a good example? Bungie. The progenitors of it all (well, since Halo 2). 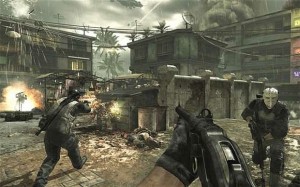 Gameplay. Gameplay. Gameplay. The skeleton of your game. Its infrastructure. If this doesn’t work, everything else fails. Even more so than ANYTHING else on this list. Why? Simple. Without gameplay, no one will play your game, plain and simple. How are the controls? Do your vehicles work?  Is your hit detection off? Can I eat my ponies without exploding into rainbows? Is your game actually playable? Without good…no, decent gameplay, your game will go nowhere. I can’t express enough how some games have “single-player” gameplay incorporated into multiplayer *cough The Darkness cough*. This is a “must not” no matter what, and cannot be ignored under ANY circumstances. I honestly can’t stress this enough. I’ll leave it at this: broken gameplay means broken game.

This is the energy, the adrenaline of the game. Basically, in the grand  scheme of things, this proves how much you care about your game after its release. How’s your DLC coming along? Are you giving us Quantity and Quality? Will you cheap-shot us and make us pay fifteen dollars for four maps? Two which are remakes, the other which are brand new (yeah, you know who I’m talking about)? Or will you give us a nice steady stream of DLC, that’s both rightly priced, and has a good amount of content. I don’t think a lot of developers know how to do DLC right. They either give us lousy content for an insane price, a reasonable amount of content but spam us with it way too much in a short time span (meaning, we’re getting new DLC about every month), or we get nothing at all. It’s seldom that developers get it right and know how to give us everything we want in DLC for not only the right price, but the right space in between each release as well. I won’t lie: I think DLC is a tricky thing for developers, but it can be done right. If anything, I suggest DLC every two to three months, but hey, what do I know?

The heart of it all. The fans. The gamers. The players. Do. We. Care? We the fans have bought your game, we have laid down our sixty bucks, and abandon our social life for a few momentous hours for your awesome game. Obviously, we care enough to have bought your game, but do you care about us? We have fan-fiction, cosplay, and numerous sites dedicated to your game, your franchise, but do you care? How do you reward your loyalists, we faithful divine customers of your product? Can you give us stat-tracking? Bonuses to having been players of your game for a number years? We the players, the community as whole, will support you, even with your game’s flaws. Hell, even if your gameplay is shit, we’ll help you fix it. We’ll do our part, you do yours and deliver that sequel or patch or DLC, but support us, and we’ll support you. You know that old saying: “You scratch my back and I’ll scratch yours?” Well, that’s what we’ll do. Do you really think Halo, Gears, CoD, Battlefield, hell, even Duke Nukem would have gotten numerous sequels and/or spin-offs if the fans hadn’t supported them? Sure, the actual games sold well, and critics praised them, but ultimately we bought the game, we made machinimas, and we took the time out of our marriage, school, and job lives to create a frigging movie, just to showcase how much we love your game! We the fans, the gamers, freaking love your game, and we’ll support you until the end of time; now can you support us too by giving us more of what we love?

I’m not expecting gaming devs to read this (you better or feel my unlimited gaming powers!), but I, no we, need them to listen to this. Multiplayer is beyond big in gaming today. It has evolved from hooking up consoles to a single TV, to an entire wireless world of online gaming. If you have multiplayer in some way shape or form, first and foremost you need to stand out, then you can get to the nitty gritty details. We the gaming consumers love your game and will support it, but first you have to ask yourself How are we different from any other game that has multiplayer? Ask yourself that, gaming devs, and then decide how well you stand out from the crowd, and if you truly deserve multiplayer.

Make sure to learn about MP1st’s philosophy behind video game reviews and why the current standard just doesn’t cut it. Also, check out a retrospective look at Crysis 2’s multiplayer community and some things that Crytek did well and could have done better.