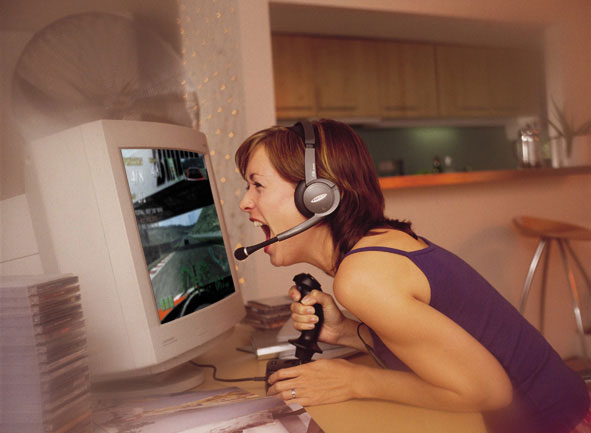 Forget about griefers, team-killers, cheaters, rage-quitters, and perverts. Their baneful presence in the gaming world pales in comparison to the following groups of players. These men are the true scourge of the online gaming community:

The Mouth Breather is one of the primary reasons I either don’t use a mic online, or instantly mute everybody but my friends. It’s shockingly difficult to employ any sort of strategy or teamwork when Darth Vader is slowly beatboxing in my ear. Judging from some of the horrifying sounds emitting from Mouth Breather’s mics, I think the manufacturers should start pasting a label on headsets – “Not for Internal Use. Do Not Ingest.” If running to capture a flag in Call of Duty causes you as much physical torment as actual running, you should probably see a doctor. Breathe through your nose like a normal person, take the mic out from between your molars, and have some respect for your fellow gamers.

The One and Done gamer believes his game of choice to be the greatest multiplayer game of all time, even though (or maybe because?) it’s the only one he’s ever played. Listen, I know gaming is just a hobby – play however and whatever you like. But don’t claim that Homefront is the best multiplayer game ever made when the only games you own are Homefront, Kirby’s Epic Yarn, and Pokemon SoulSilver. That’s like my nephew claiming that Phineas and Ferb is the best TV show ever made, because he likes to watch Phineas and Ferb. The worst part is that One and Doners never shut up about their game. This is an actual conversation I had last week with a One and Doner:

OaD: “I saw you were playing Space Marine. What is that? You play the weirdest games.”

The best what? How is this a contest all of a sudden? How would he know? He’s never played any other games – his game history includes Halo: Reach, Jurassic: The Hunted, and Avatar: The Last Airbender. That’s it. If you only play one game, that’s fine, One and Doners, but until you have experienced some gaming variety, leave the unfounded and incessant opinions at home.

The DJ thinks he’s the cat’s pajamas. He prides himself on his ability to choose just the right song to blare over his mic during any given multiplayer scenario. DJ, if I wanted to listen to 3rd rate dubstep remixes of Lou Bega songs, I would do so. For the record, I don’t. So stop. It seems as if The DJ honestly thinks the only way to improve a taut online battle between our nation’s past presidents and brainthirsty zombies is to make absolutely sure all players involved are aware of Maroon 5’s moves, and how much they resemble Jagger’s. DJ, I’m thrilled you are a fan of the arts. However, for the sanity and mood of your fellow gamers, please wear headphones, or wait until the game is done. The only thing worse than The DJ is the dreaded Trifecta – a mouth-breathing DJ who lauds his game above all others. 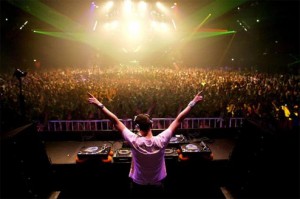 Thanks for reading, and let me know in the comments what online behaviors really grind your gears.

Community in Crysis – What Crysis 2 Could Have Been