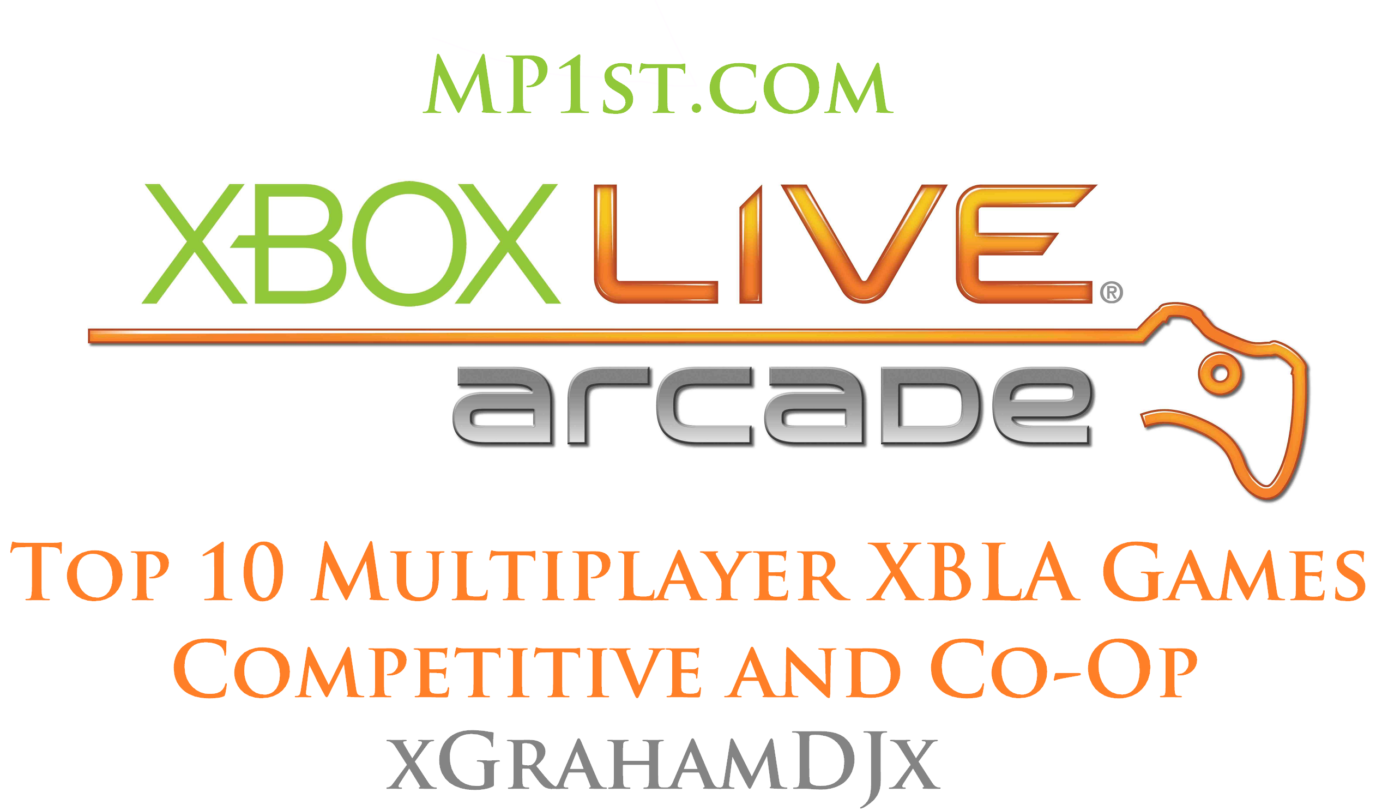 This generation of gaming consoles has been typified by its online features; Xbox Live, Playstation Network, Netflix access, Hulu, Facebook, and Twitter integration are among the elements that have really set this console generation apart from its predecessors.

Xbox Live specifically has been a massive success, despite the fervent arguments often aimed at its dashboard advertising and pay structure. The principal reason is Xbox Live Arcade. The games offered are an excellent mixture of rehashes, sequels, new IPs, and indie fare. Many offer a deep and rewarding cooperative or competitive multiplayer experience at a fraction of the price of a retail game.

These are what I would consider the best XBLA multiplayer games:

Never forget your roots. Quake and Unreal were without question the most balanced and most hardcore shooters in the late 90’s. Quake III, the ultimate team-based shooter, was repackaged for XBLA under the moniker Quake Arena Arcade. Quake Arena Arcade’s gameplay is a fast-paced, powerup-grabbing, rail-shooting, rocket-jumping blast from the past, presented in glorious HD, and running at a silky smooth 60 frames per second.

The XBLA iteration of Uno is fantastic, primarily for its inclusion of extra game modes and simultaneous video chat. A simple classic that translates very well into a video game, Uno is a must for casual/competitive Arcade gaming enthusiasts.

It’s that same explosive, vehicle and infantry-based gameplay with destructible environments, only it’s on XBLA, and it’s cheaper than retail. You’re on a multiplayer-dedicated website. You know what Battlefield is. It’s great.

Small Arms is an unfortunately underrated gem. The game is essentially Super Smash Brothers with generic (yet supremely likeable and fun) characters. Varied and interactive maps, weapon and powerup pickups, and a variety of game modes secured Small Arms a spot on this list, and if you haven’t played it, I recommend purchasing it (it’s been price-reduced twice now).

Team-based shooters are praised or reviled depending primarily on one thing: balance. MNC’s classes are balanced very well, and the invisible yet weak Assassin is just as viable in combat and bot-control as the weighty Tank. This game was a surprise hit for both XBLA and the PC (which is receiving a free-to-play sequel), and still has a steady and dedicated user base.

Heavy Weapon is one of the many PopCap Games releases that works because of its mesh of simplicity, instant accessibility, and depth of play. You and your friends operate tanks. They scroll from left to right on the screen. You shoot everything. That’s it. However, the quest for high scores and leaderboard positions proves to be quite the task, as the increasingly difficult and hectic levels feature nearly as many enemies and projectiles as a Japanese bullet-hell title.

Harmony of Despair was a featured title in 2010’s “Summer of Arcade” program, and its quirky take on cooperation and classic Castlevania gameplay left many scratching their heads. Some gamers loathed “the grind” – replaying levels over and over in an attempt to secure a few more gold coins, or that new weapon that the level boss might just drop. Others loved it; it’s essentially a cooperative action-RPG, only instead of managing stats, you’re managing the constantly upgrading gear and weapons, in an effort to take on the next boss and survive.

Castle Crashers features the unique art style employed by The Behemoth, beat-em-up gameplay from classic 90’s arcade games, and an RPG-style progression and weapon-collecting system. The game also has a number of secret areas and hidden weapons that encourage replayabilty. It’s a true classic.

Crimson Alliance is, at first glance, a Torchlight clone. However, the game is designed around cooperation and fluid combat. Instead of managing menus filled with skill trees and stat points, player characters in Crimson Alliance equip new armor and weapons to directly affect their health, power, and other abilities. It’s an excellent blend of RPG-style grinding and arcade-style combat that encourages cooperation (the Mage has a freeze attack that can turn enemies to ice; this leaves them open to the Warrior’s whirlwind attack, which will instantly shatter them).

1. Lara Croft and the Guardian of Light

I’ve played few games that required cooperation as much as GoL does. If you are playing with a friend, make sure you are on good terms. Yes, it’s fun to finish a level with a time bonus for completing every objective (which requires focused cooperation). Unfortunately, it’s just as fun to dangle your partner off of a cliff with a rope, and then “accidentally” release him.

There they are. My picks for the ten best multiplayer XBLA games. Agree, disagree, or textually abuse me in the comments.

Be sure to check out these features: