Due to the increase in popularity of clubs such as Major League Gaming, World Cyber Games, and the Cyberathlete Professional League, video gaming has made impressive gains in the field of standardized competition. A fashionable debate is one of whether competitive video games are sports or not; it’s a source of contention for many gamers and non-gamers alike. If so-called cyberathletes are competing against formal teams in a formal environment, with real titles and monetary stakes on the line, it seems absurd to not deem the activity a sport.

But it’s not. Video games should not be categorized as sports, and unless something technologically bizarre overwhelms our world in the next few decades, they never should be.

Traditional sports are steadfast, and resolute in their structure and mechanics. A professional American football player from any past decade could be transplanted into a current football scenario, and would only have to be told of a few minor rule changes (the changes may seem major to some, but are minor in regards to the overall style and goal of the game). The player would know what to do, where to go, and how to accomplish the ultimate goal (winning the game). He may need to learn a few new plays, or be reminded that yardage requirements and limitations are different, but it’s fundamentally the same game.

Competitive gaming has a variety of goals, and those goals are fluid and dynamic. They change with new titles introduced to the competitive scene, and although the more popular gametypes (Capture the Flag, Team Deathmatch) are relatively consistent, iterations of those modes, in addition to entirely new modes, create an ever-changing playing field. A competitive gamer from decades past might be aware of the overarching goal (winning the game, capturing the flag, eliminating the opposing team, etc.), but the execution would be completely foreign. Controls change, maps change, locations change, even the minute rules are tweaked on a regular basis (starting weapons, round limit, time limit, etc.). The context is constantly shifting, and to be a competitive gamer means to adapt to a much more aggressive ruleset than most sports or other games. The few exceptions (Counter-Strike, Starcraft, Quake Arena, etc.) have rather rigid schemes to both their competitive requirements and their mechanics, but still task the players with adapting and providing more than traditional sports.

Gear. Even the most esoteric sports are approachable by the everyman, at least in an educational setting, where budgets and funding are set for such endeavors. While home computers are ubiquitous, a large percentage of the gaming population is unable to participate in competitive gaming due to the rigorous computing requirements. Even decade-old competitive games like Counter-Strike 1.6 require more equipment and gear than most traditional sports. A pick-up game of basketball, football, or soccer is far more accessible (and to a wider audience) than a pick-up game of Counter-Strike. A sport is a recreational, competitive, and possibly professional endeavor that is fundamentally timeless. A man can teach his great-grandson how to play baseball or soccer. 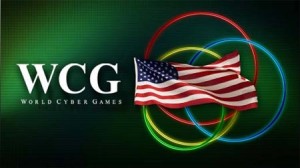 So where does that leave competitive video gaming and the rise of such monikers as “eSports”? It doesn’t leave it anywhere – it takes it past traditional sports. Video games offer a far more dynamic experience that has a multitude of new trials and tests behind every fresh competitive title or advancement in technology and personal computing. Gamers compete knowing that while a few titles may remain in the professional rotation, newer, more balanced games, and deeper sequels will trump the current status quo and provide a new field of play. Cyberathletes and eSports aren’t incomparable to traditional athletes and sports because they require less physical exertion or dedication; they are incomparable because they surpass traditional sports in a number of ways. The debate, or comparison, becomes one of apples and oranges, and it would do the gaming community well to apply a different set of sobriquets to their competitive pastime.

Traditional sports are embedded in our culture for good reason; they offer an entertaining diversion (and a great form of physical activity) for millions of worldwide fans. The principles and lessons gleaned from traditional sports emphasize teamwork, collaboration, and critical evaluations of any given game scenario. While many of these lessons are applicable to competitive gaming, it would behoove gamers to distance themselves from vying for “sport” status, when their pastime and trade is so fundamentally different, and fluctuating at such a regular pace.

Much of this editorial is arguing semantics (what the term “sports” entails). It can be a fruitless and controversial undertaking, but it’s important for games to establish their own identity (it’s still a relatively young market) as they become more appealing to a wider audience.

Make sure to check out MP1st’s Take On Multiplayer Reviews and Five Things That Make Multiplayer Work.