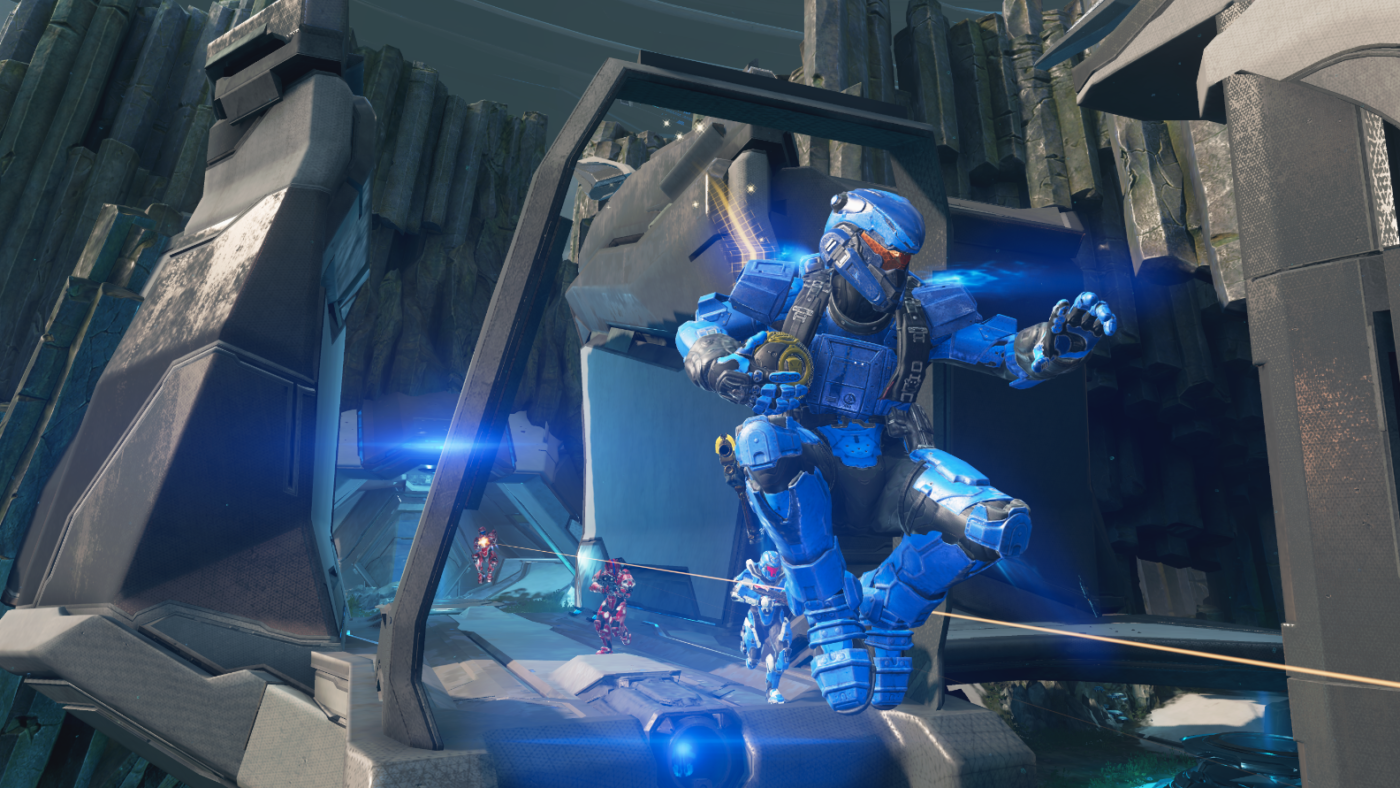 Halo 5: Guardians developer 343 Industries has got new details to share on the game’s upcoming content update, which will once again be free for all players later this month.

But first, here’s what’s up this weekend: 343 has brought a special Valentine’s Day-themed playlist to the table called Valentine’s Double Date. As the name suggests, the game mode is based on Team Doubles, but with a few festive alterations.

Here are the specific settings for “Valentine’s Double Date”:

Good news for Halo fans seeking more social playlists: 343 says the multiplayer team will be “making some adjustments to make social experiences more available (and more varied) moving forward.” Starting next week with CTF, a permanent social playlist with rotating game modes will be added to the main Arena menu, though it will mean less frequent special weekend playlists.

Don’t forget, new (and returning) ball game modes are coming with Halo 5: Guardian’s next big update, which 343 has now revealed as “Hammer Storm.” It arrives later this month and adds Assault and Grifball to the mix, including the ability to create modes like Oddball and Ricochet in Custom Games. Fiesta Slayer also returns.

Along with new game modes comes new maps, weapons, and REQs. Here’s a sneak peek at some of the new stuff: 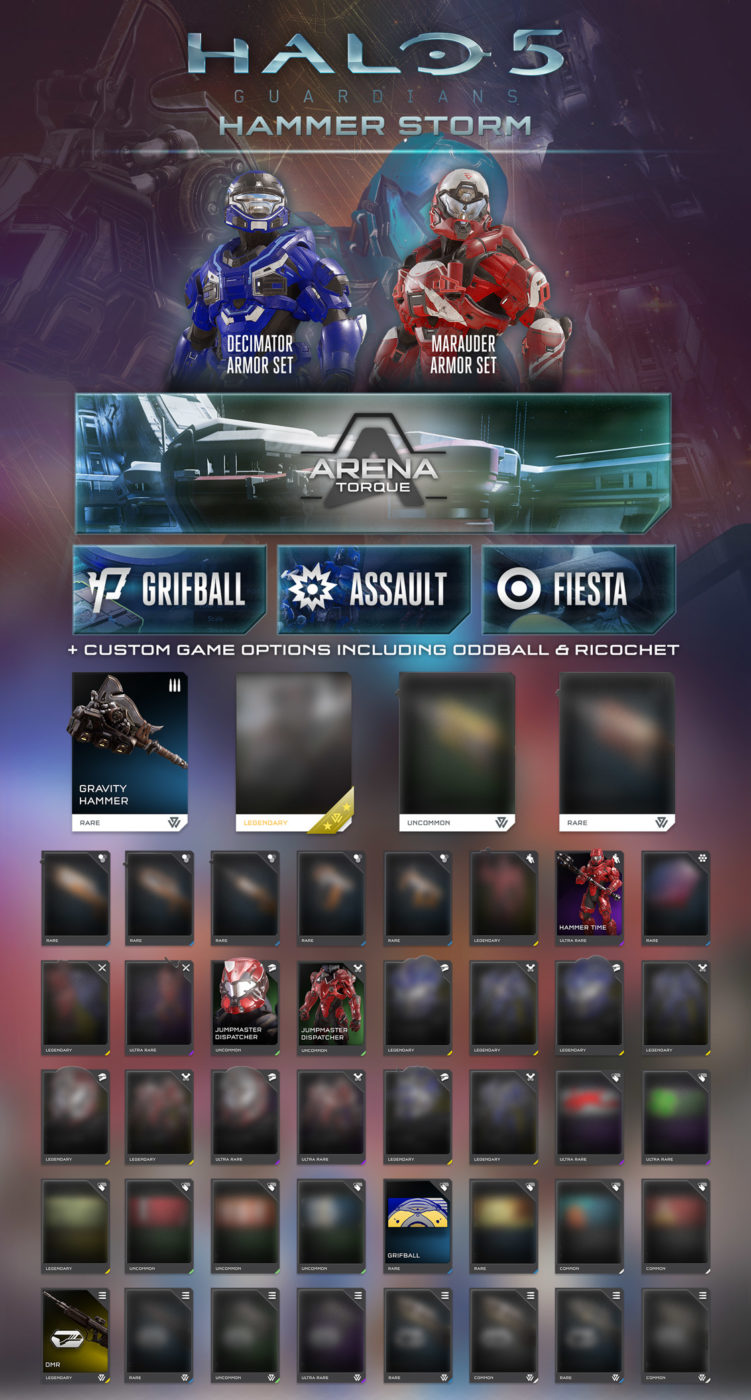 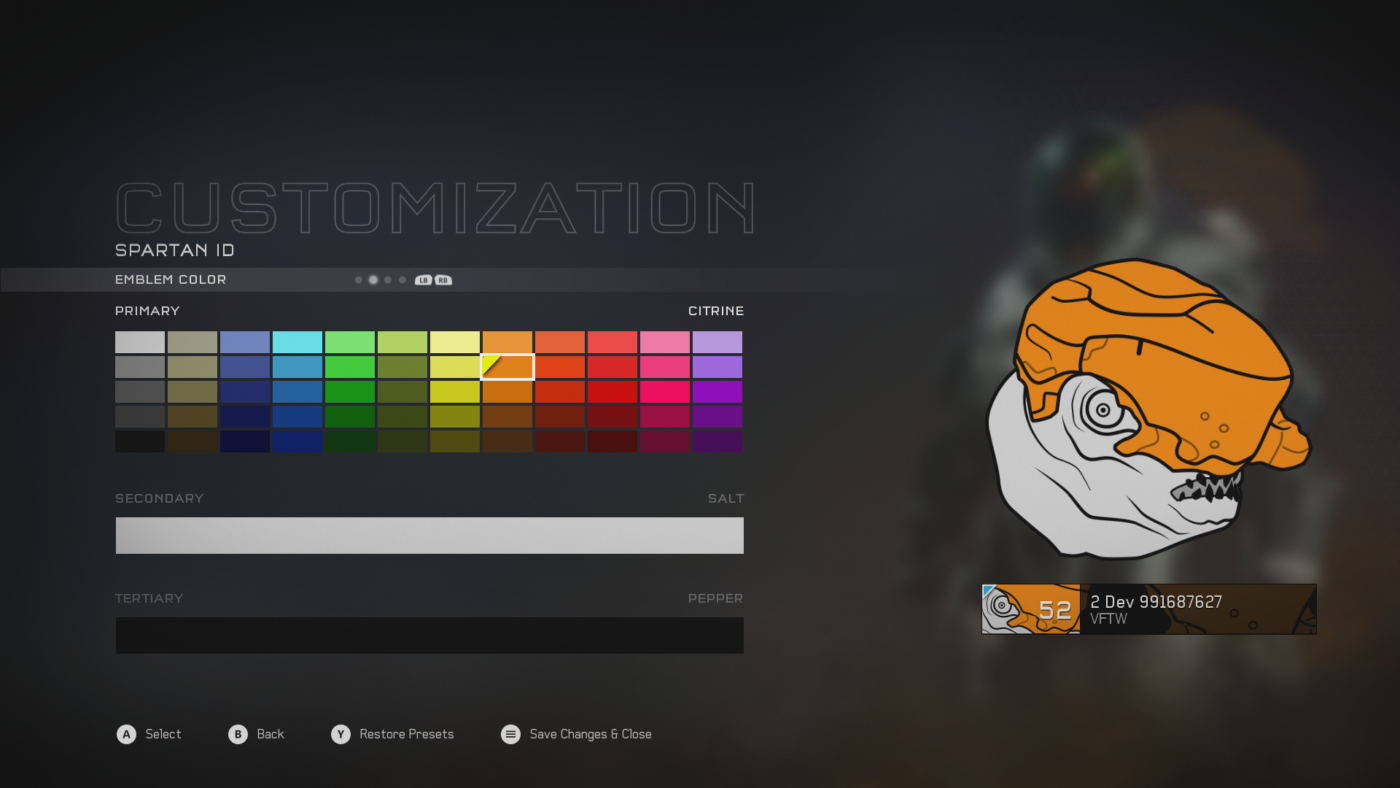 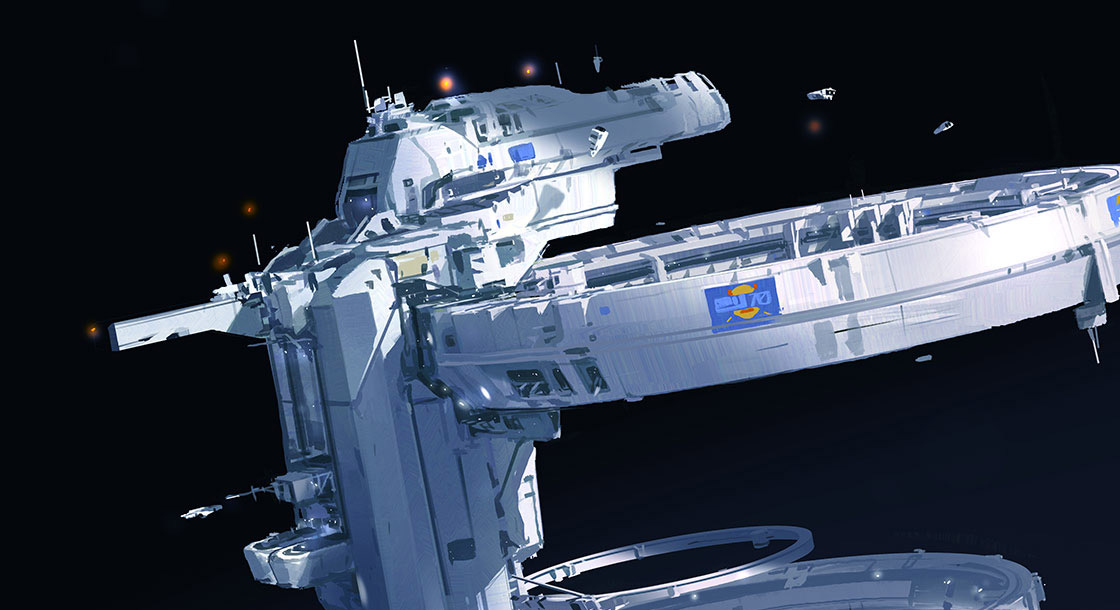 More from Halo 5’s Hammer Storm update will be revealed later this month during 343’s next live stream on February 26, so keep an eye out!

Any guess on what some of the new REQs might be?