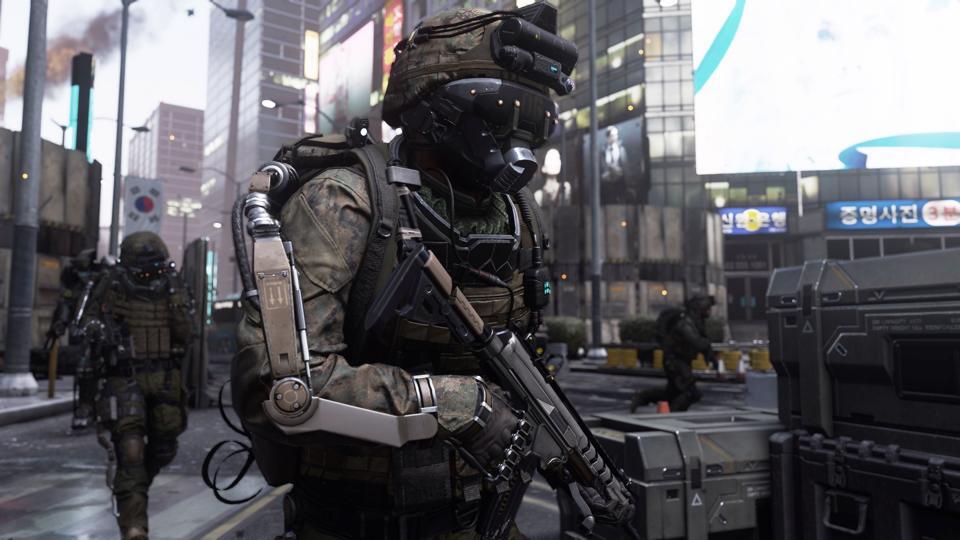 According to information Call of Duty YouTube personality Drift0r was handed through a phone call with Sledgehammer Games co-founder Michael Condrey, Exo’s will definitely play a part in Call of Duty: Advanced Warfare multiplayer and will have an effect on player movement.

“We spent a ton of time designing them and building our game around them,” said Condrey, one of a number of quotes that Drift0r was able to paraphrase. “Not yet ready to say exactly how they will be in multiplayer though but we didn’t spend all that design time just for the campaign.”

Condrey wasn’t able to dive into any details on gadgets, but he did want to “make it clear that they won’t be OP.” Many of you might have noticed the modular grenades that could alternate types and other devices like the ballistic shield from the Advanced Warfare gameplay reveal and wondered what sort of effect they might have on multiplayer. But it looks like we won’t have to worry too much to about it.

“Multiplayer is a core part of our game. It is getting a lot of attention and development time,” Condrey assured Drift0r. “We are not ready to reveal what gadgets will be in multiplayer.”

Interestingly, Condrey then explained that “Most of MP dev team are former or current CoD players, some eSports guys. They played through the last few cycles.”

“That’s why we are working hard right now to make sure everything is balanced before launch,” he added.

Commenting on the out-of-the-blue phone call, Condrey once again assured Drift0r that the they “take community and eSports feedback very seriously. The game is made for you to enjoy.”

Be sure to watch Drift0r’s video above for more details.