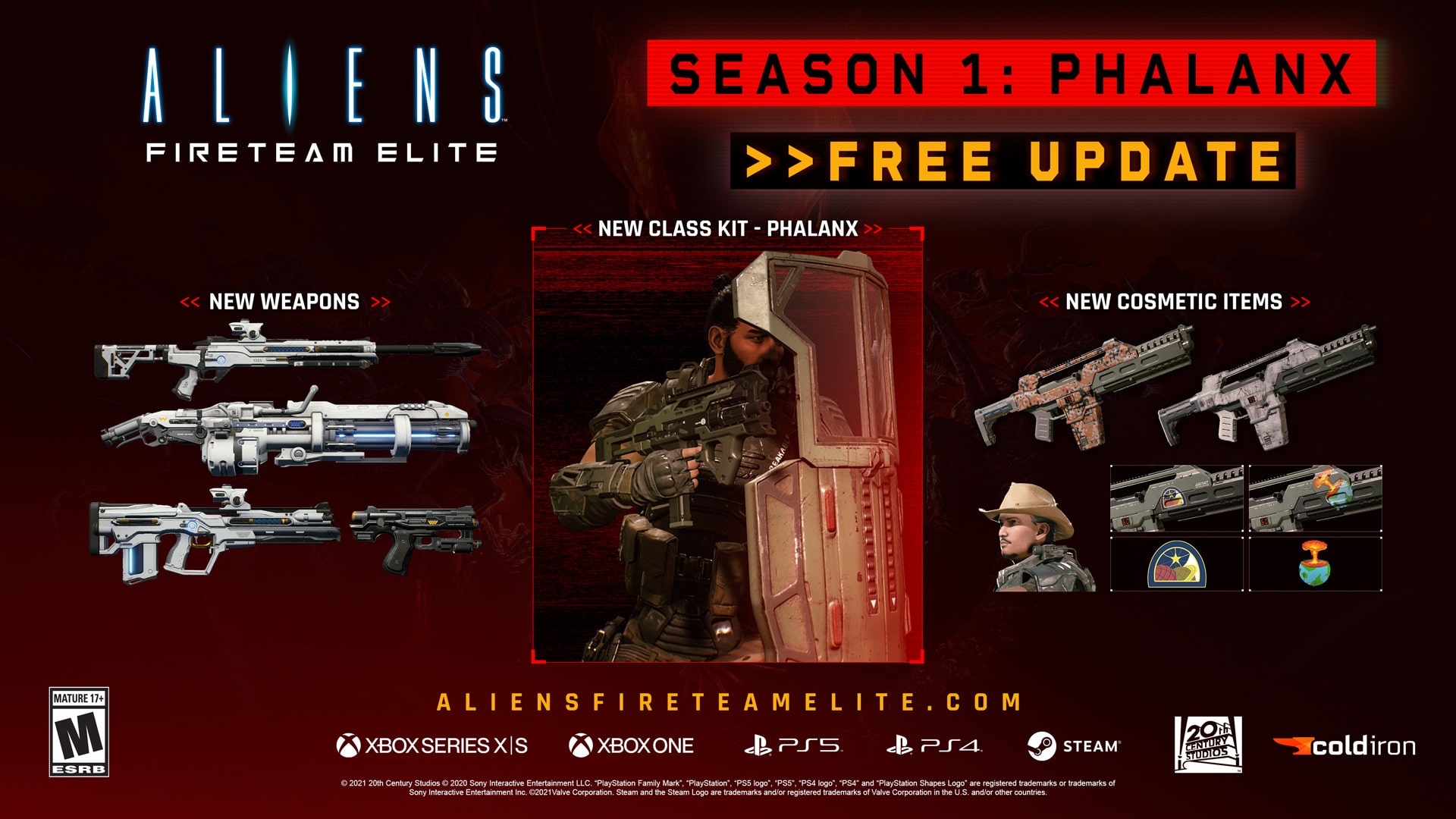 The full patch notes alongside the version number used by the devs are all listed below. Those on next-gen platforms, this shows up as Aliens Fireteam Elite update 1.006.

We have implemented the following changes.

Now available in-game for all owners of the Deluxe Edition or for individual purchase for $9.99.

Starting with this update, all weapons will level up as intended. Up to this point, all level-based benefits were being applied immediately, despite the weapon not having unlocked them yet.

For more about the game, read our interview with Cold Iron Studios right here.

The Medium Update 1.002 Spirits Out for Improvements This September 8