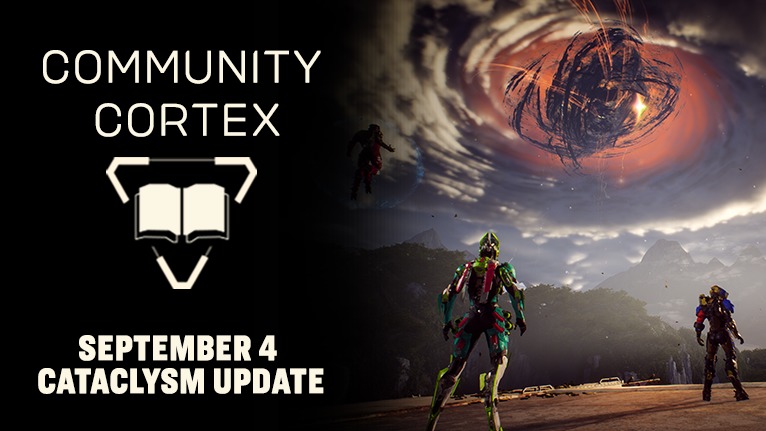 It’s a day late, but BioWare has once again issued a new Anthem Cataclysm update that should be live by the time you read this. The big news in week 5 of the Cataclysm? BioWare isn’t taking away any Weapon War Chests but adding back in all the other previous War Chests!

Welcome to Week 5 of the Cataclysm. I hope you all enjoyed the new weapons added last week to the War Chests and experimenting with various combinations to maximize your DPS and various builds. Or, maybe you just liked shooting Wyverns in the face with lighting bolts… that’s cool too.

This week, we are not taking away the Weapon War Chests… or the Melee War Chests… And we’re adding back in all the other previous War Chests (Gear and Support) plus adding 4 brand new War Chests, detailed below. We think this will give you the freedom to spend Crystals however you want. We know many of you were hoping to have another chance at those War Chests, and now you will! So let’s jump into this week’s update details…

NOTE: These are in addition to the other rotating Daily, Weekly and Monthly challenges, so keep an eye on your Path to Glory tab in the Challenges menu.

Make sure to check back later as we’ll be patch notes for the game’s upcoming update according to BioWare.