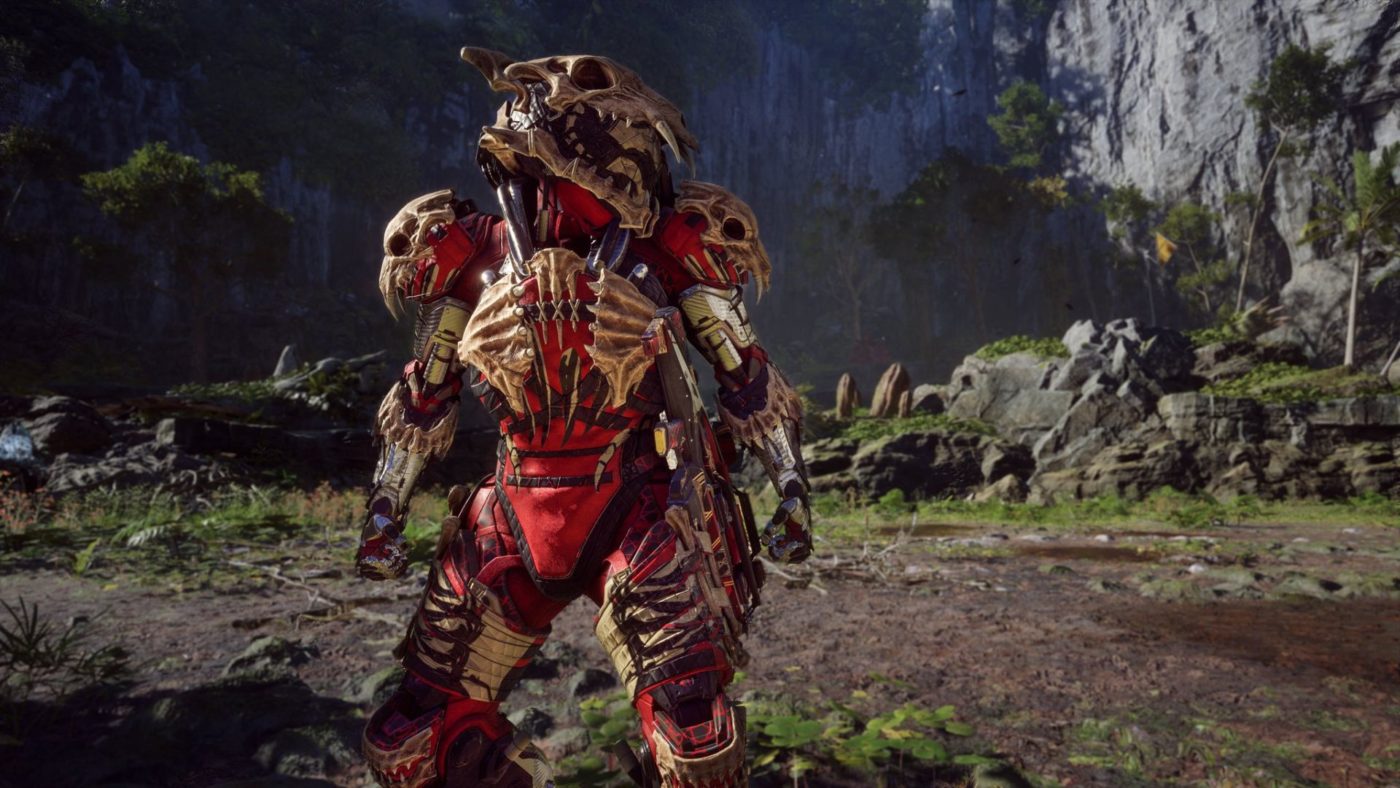 By the time you’re reading this, a new Anthem update today should have rolled out, and it brings a host of new challenges for the game’s Season of Skulls in-game event. For the full list of changes, head on over below. Note that this is a server-side update, and no download is required.

Though this is the first time all of you are partaking in the festivities of Bastion, the Season of Skulls is a time-honored tradition.

When darkness gathers across the lands, the wayfaring peoples of Bastion kindle torches, braziers, and bonfires to bring back the light. When painful memories cling to us about those who fell before their time, memories of joy, friendship, and camaraderie arise to take their place. When despair tries to take us and we feel more alone than ever, humanity comes together to cherish one another. It is a time of darkness and terrors, yes, but also a time of hope, remembrance, and light.

The world around us isn’t safe. That’s never been more apparent than it is now. But it is in the face of that danger—the constant challenges around us—that humanity has been forged to be strong and brave. The strength to fight and the bravery to stand back up when we fall, though, came at a cost. You’ve heard the stories. You’ve lived some of them yourselves. Few can say they haven’t lost someone, but the Season of Skulls is a time to remember what they stood for.

The world around us isn’t safe, but that’s why you’re here, Freelancers. You’re the heroes who protect us.

Though the first week of the Season of Skulls is about to end, there’s more to come! First, let’s look at what’s going to be active for the whole event.

There will also be recurring Freeplay events: Arcanist Research, Freelancer Pilgrimage, and Sentinel Bonfire. In addition to these, you’ll be able to obtain brand-new Season of Skulls Lore Collections, too!

As a reminder, Week 1 of the Season of Skulls ends today, so be sure to complete the following activities while you can!

Note that these are in addition to regular Daily/Weekly/Monthly challenges and are not the only ones active during this time.

Starting on Tuesday, October 22, things will change up. Here’s what’s coming next…

Again, to unlock the weekly anomaly, complete the three previously mentioned seasonal events: Arcanist Research, Freelance Pilgrimage, and Sentinel Bonfire. If you completed them in a previous week, the anomaly will automatically be unlocked.

Here’s what you’ll find in the Seasonal Store this week. As a reminder, Crystals can only be obtained from in-game events and activities, such as the Echoes of Reality.

The War Chest: Legendary is a new item to the game that guarantees a random Legendary drop upon opening.